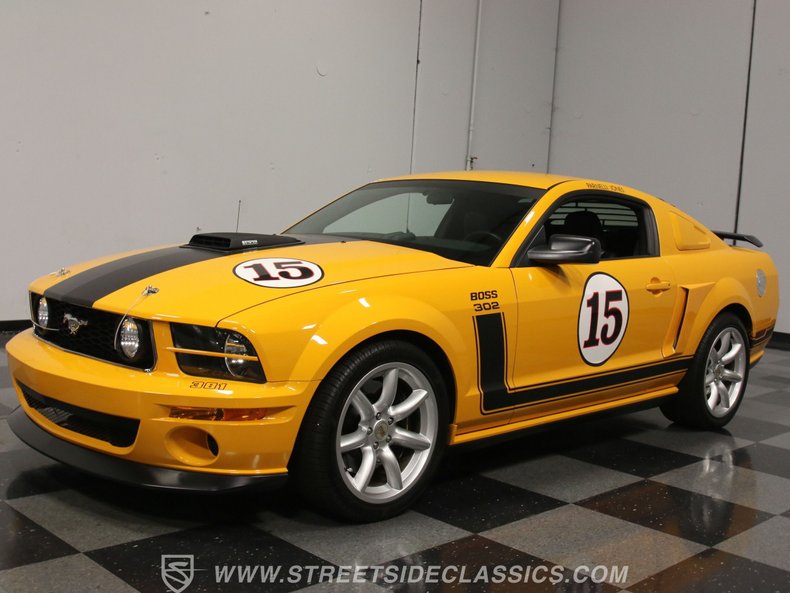 Special edition Mustangs aren't a new phenomenon, but some are just more special than others. This 2007 Saleen Mustang Parnelli Jones Edition is more than just a decal kit; it's a full-blown Saleen makeover wearing one of the most distinctive paint schemes in Mustang history. If this car doesn't make your heart race, well, maybe it's time to start collecting stamps.

The retro-styled 2007 Mustang was ripe for customizers to start mining the past, but none did it so successfully as this Parnelli Jones tribute car built by Saleen. One part vintage Boss 302, one part modern Saleen, and one part race car, it has an awesome look that is nostalgic but still very contemporary. Finish quality, as you'd expect from Saleen, is exemplary, and the custom Grabber Orange paint is very, very close to the original 1970 hue. The finish is still like new, and with only 2340 original miles, that really shouldn't be a surprise. Boss 302 stripes, big gumballs on the doors and hood, and, of course, a Shaker hood all contribute to the awesome look. And for nostalgia fans, it also includes a chin spoiler, rear window slats, and a rear wing, all designed to emulate the car Parnelli Jones used to dominate the 1970 Trans-Am series. Heck, it's even got hood pins!

The interior is a bit more restrained, but even here there are custom touches and tips of the hat to the vintage ponies that played such a big role in Ford's motoring history. Most obvious are the Grabber Orange seat inserts in the deeply sculpted buckets, which add a bit of color to the otherwise monochromatic interior. The pillow-tufted seat backs are reminiscent of '70s Fords as well, and the entire dashboard is a retro tribute to the 1968 Mustang GT. A few tasteful upgrades complements of Saleen include a special "PJ" horn button, a pair of auxiliary gauges in their own pods atop the dash, and the signatures of both Steve Saleen and Parnelli Jones himself, right there in the center stack. A few chrome dress-up items add some sparkle and custom gauge faces are a constant reminder that this isn't a garden-variety Mustang. It's all in pretty much as-new condition and these cars only came loaded, so it's got just about every option you could imagine. The trunk is untouched, both in terms of modifications and condition, reinforcing this car's as-new image.

The engine started out as a garden-variety 4.6 liter V8, but the wizards at Saleen punched it out to a real-world 5.0 liters, the limit for Trans-Am series competition. The Shaker hood is completely functional, and the rest of the engine was treated to things like a set of ported aluminum heads, custom camshafts, forged pistons, steel crank and rods, and oversized fuel injectors, all of which are designed to emulate the race feel of the Trans-A Boss 302s. It's not necessarily a horsepower monster (but there's certainly plenty on tap) but rather a powerplant that feels like it could rev forever and this car is very, very fast. The 5-speed manual gearbox shifts beautifully and powers a stock rear end which now hangs on a sophisticated Watts linkage suspension for improved handling. In fact, the whole suspension got a Saleen makeover, including coil-over shocks, oversized sway bas, and upgraded bushings. A Saleen-spec exhaust system sounds downright wicked and those 19-inch custom wheels emulate the period Minilites used in competition, although they now wear 285/35/19 Pirelli rubber.

Future collectable? Absolutely. This car is so filled with history that you almost need a trailer to haul it all. Beautifully built, insanely fast, and perfectly balanced, this might just be the ultimate retro Mustang. Call today! 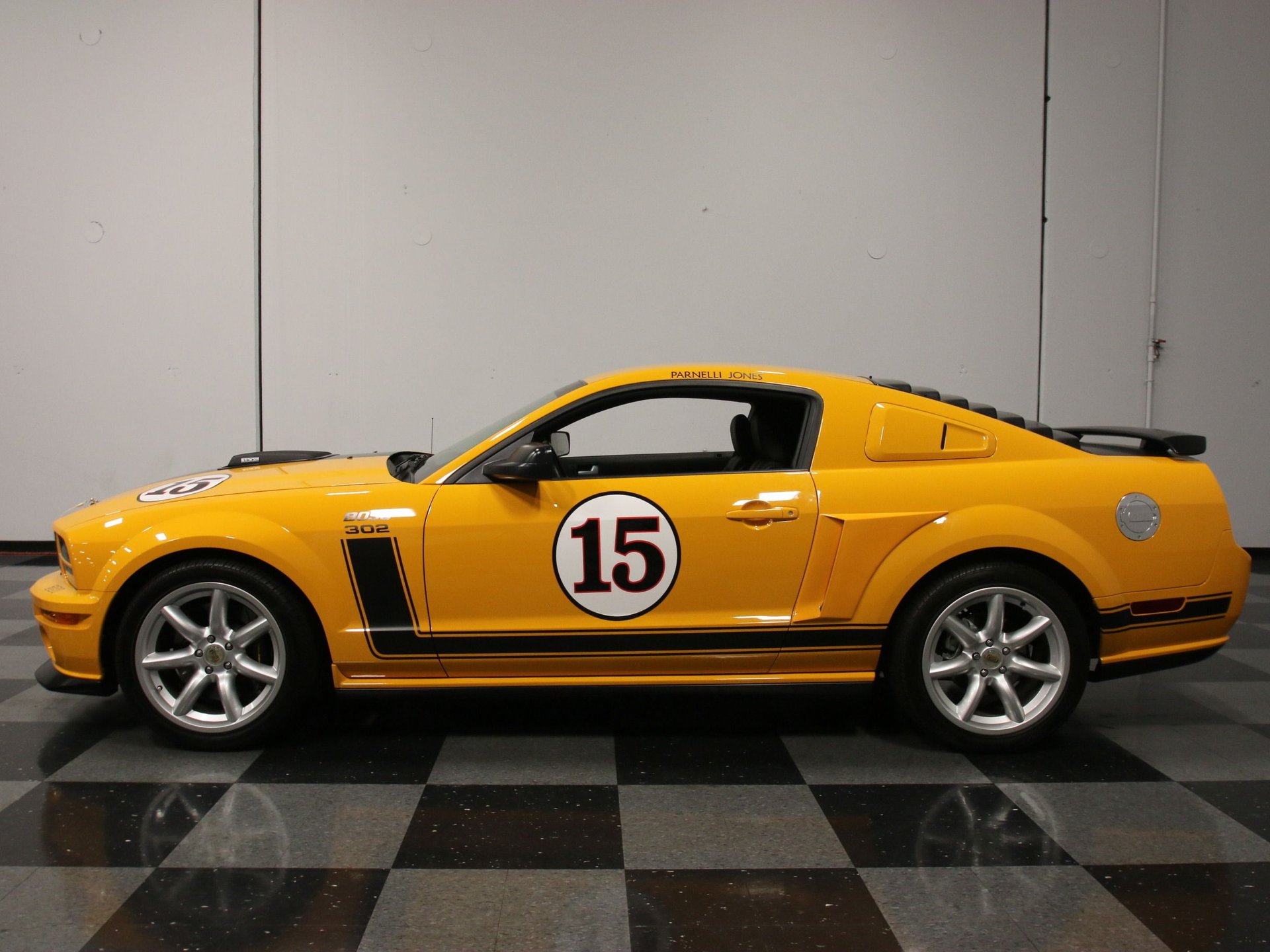