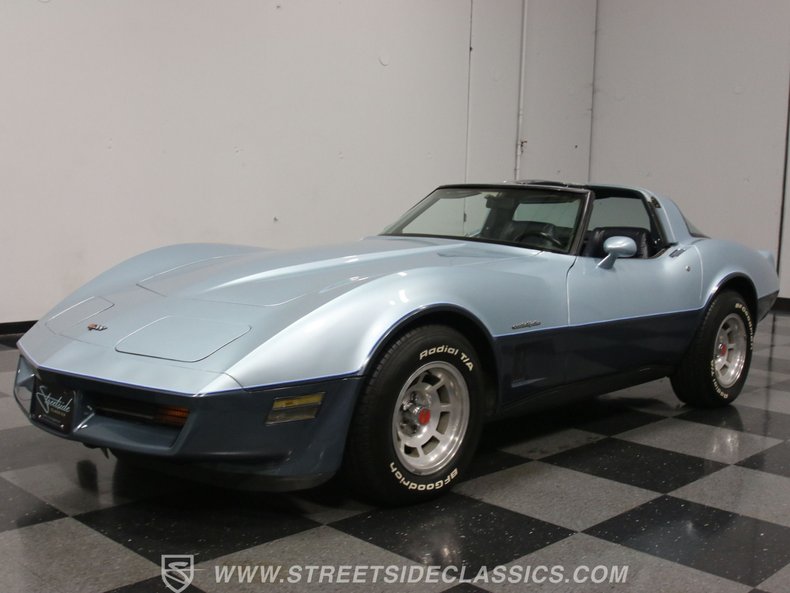 Despite the "Collector's Edition" name, the special gray 1982 Corvette was anything but, with a significant number of that year's production being such vehicles. As a result, cars like this clean two-tone blue Corvette are somewhat rarer, with a fraction as many being produced. And to many, the 1982 Corvette represents the pinnacle of C3 engineering and development, making them the ones to own if you're a serious collector.

The two-tone blue finish on this car is how it came from the factory (code 24/26 Silver Blue over Dark Blue) and looks awesome on the '82 model's dramatic curves. Any C3 'Vette is a sight to see, but by the time this car was built, the design had been refined to the point where it was instantly recognizable anywhere in the world. With no signs of previous accidents and a brilliant shine, there will be no chance of keeping a low profile in this fantastic plastic Corvette. Panel fit is about what you got with your new Corvette in 1982, good, but not perfect, but it's obvious that this car has always been properly cared for. The only demerit is a crack on the hood that came from the bracing underneath, but otherwise this is one clean 'Vette. All the original emblems were reinstalled, including the "cross-fire injection" badges on the front fenders which were unique to the 1982 model year.

A matching blue leather interior offers deep, plush power buckets that are every bit as comfortable as they look, and do an above-average job of keeping you in place during spirited maneuvers. They show light wear that's entirely in line with the car's age and mileage, and absolutely no rips or tears in the material. All the gauges work, and I'm especially fond of the steering wheel wrapped in black leather, which is low-key and stylish. A 4-speed automatic transmission was a new fuel-saving measure in 1982, and the only transmission available in the Corvette that year, so that's what sits in the center console. This one also features things like A/C, cruise control, power windows, power locks, and a tilt wheel, adding to the Corvette's luxury/performance mission, as well as a newer AM/FM/CD stereo head unit. Even the blue carpets are in very good shape with only light fading, which isn't surprising since this car has spent a lot of its life in warm, dry Arizona.

The Cross-Fire Injection was an early version of throttle-body fuel injection, and makes a nice, round 200 horsepower in the 1982 Corvette. The engine bay in this one is nicely preserved, befitting its mileage, with the large dual air filter unit dominating the top of the engine itself. It's quite clean under the hood, suggesting that someone has always loved this car, and everything is as the factory intended with none of the usual modifications you find on small block Chevys. Underneath, it's very clean with a correct 2-1-2 exhaust system that looks quite recent and more evidence of life lived in the desert. A composite leaf spring is another C3 innovation that would foreshadow the equipment in the upcoming C4, and that, too, is still in place. 1982 Corvettes came with some of the most beautiful ally wheels of the period, with these surrounded with fat 225/70/15 BFGoodrich T/A radials.

Forget the so-called "Collector's Editions," this icy blue Corvette is the one to own if you're serious about the last of the C3s. Call today! 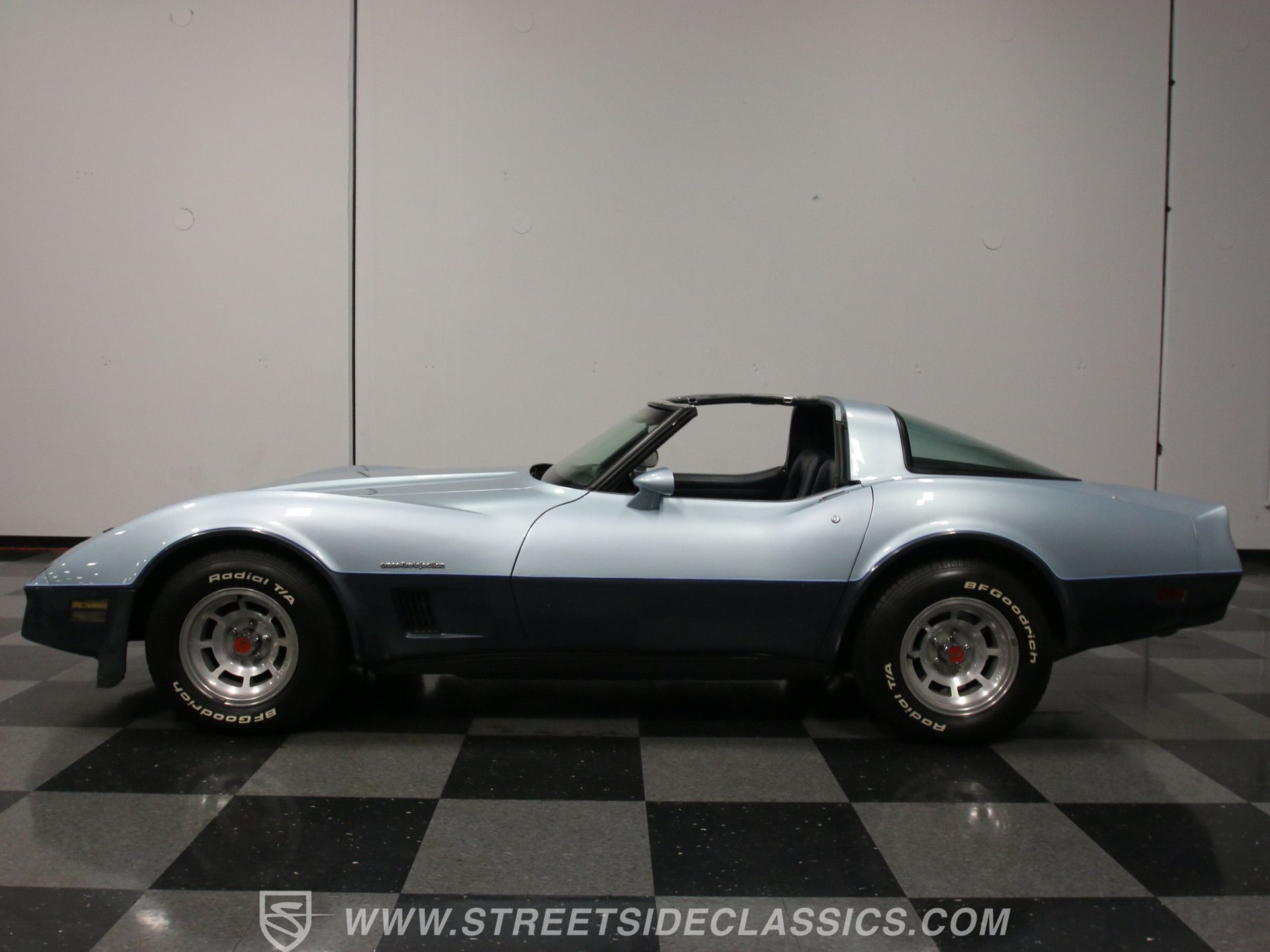