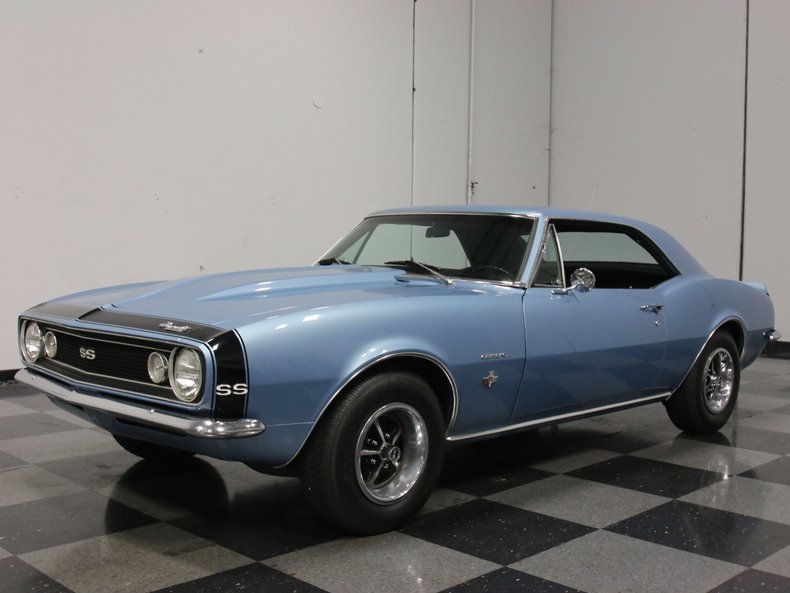 This 1967 Chevrolet Camaro represents everything that's good about Chevy's version of the F-body. With a zippy 327, a clean, sleek color combination, and an interesting mix of options, it's a blast to drive and represents a lot of fun in a first-year F-body.

You don't often see code D Nantucket Blue Camaros these days since most of them ended up red or Hugger Orange when repaint time came. Fortunately, this one sticks to the original cowl tag's formula and serves up a unique and attractive alternative. A 2-inch cowl induction hood adds an aggressive look, as does the rear spoiler, but it's still Camaro DNA and looks awesome. A black SS stripe around the nose gives it an edge, too, although it's a decal, not painted on, which makes changing the look easy. As a finishing touch, a blacked-out SS grille was installed, although we have no way of knowing whether this is a real SS. The chrome bumpers look great, too, and many Camaro fans appreciate the early F-body's simpler look and distinct lack of add-on trim, and this is a great example of why. It just looks right.

This Camaro also offers a very nicely restored and fairly stock interior with few upgrades. The seat covers, carpets, and door panels are reproduction items that fit well and look great. There's also a center console which makes cruising a lot more comfortable, and it fits just fine behind the shifter for the PowerGlide 2-speed automatic transmission underneath. Original gauges don't offer much more than speed and fuel level, so a set of Auto Gauge gauges has been neatly integrated into the original dash. This car also sports a fully functional modern A/C system, as well as a rather rare AM/8-track stereo head unit in the original slot. The slender 3-spoke steering wheel looks suitably OEM and this Camaro is one of those cars that feels familiar from the moment you climb behind the wheel. The trunk is also correctly outfitted with a new mat and a full-sized spare, just in case.

The engine is a 327 cubic inch small block which makes all the right sounds. It burbles at idle and has the most wonderful full-bore tenor you've heard, which is undoubtedly due to a slightly upgraded camshaft inside. An Edelbrock intake manifold and 4-barrel carburetor make a few extra horsepower and all the wiring is by Painless. It's nicely dressed in basic black with enough chrome to make it worth your while to open the hood at shows and the detailing is exceptional. Upgrades like the A/C system and alternator are chrome to add some sparkle, and the car sports such niceties as power steering, so driving is a pleasure. Long-tube headers dump into a recent dual exhaust system, so this car really has a nice snarl to it, and the floors, like the trunk, are in good order with a coat of satin black paint. And nothing looks better on a vintage F-body than factory SS wheels, with this car wearing 215/75/14 blackwall radials.

Early Camaros are always a great choice, and this one offers more than most. It's got a fantastic subtle look, but you can see that a lot of money was also spent under the skin, making it a fantastic driver you'll look forward to driving. Call today! 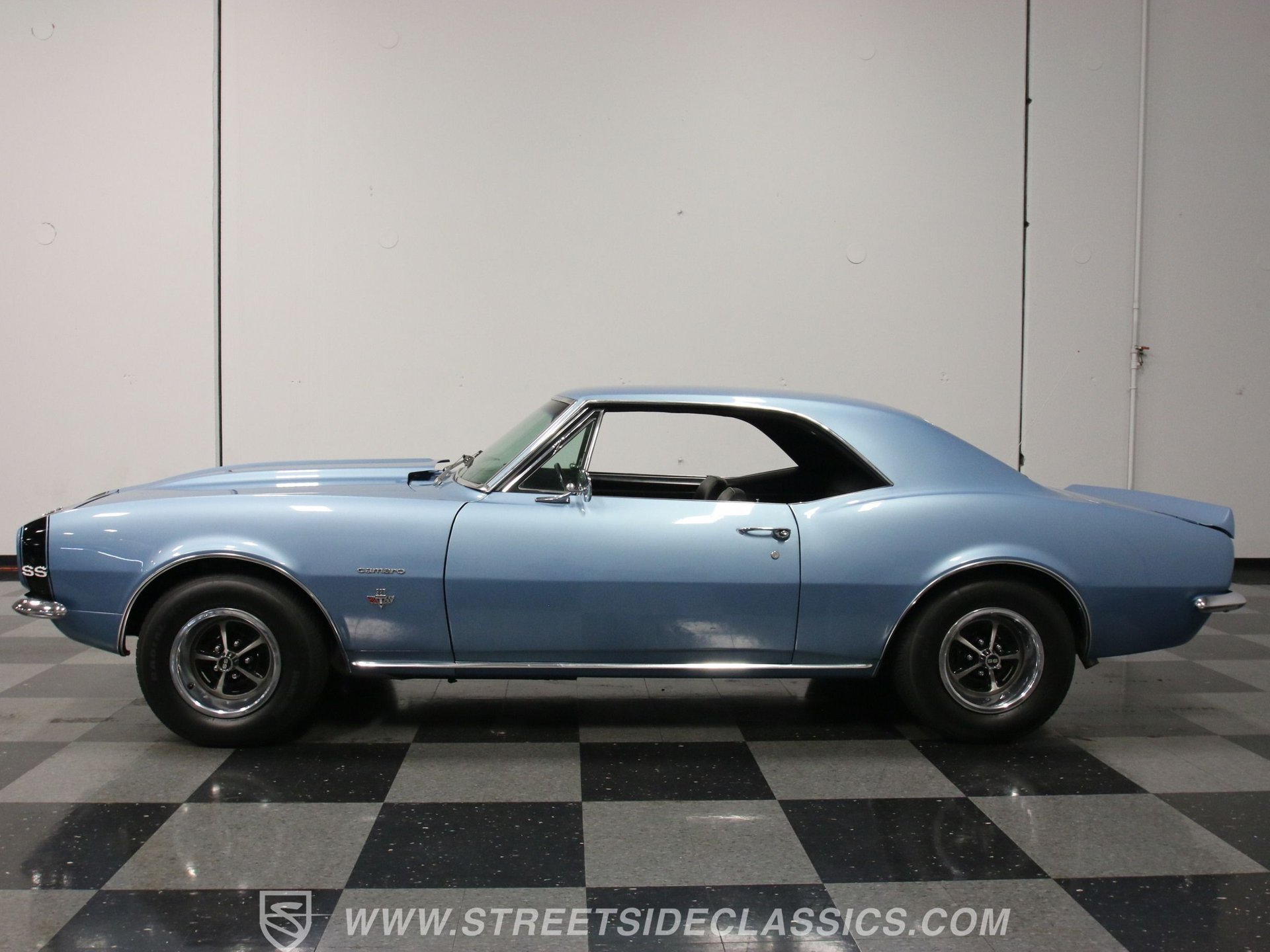