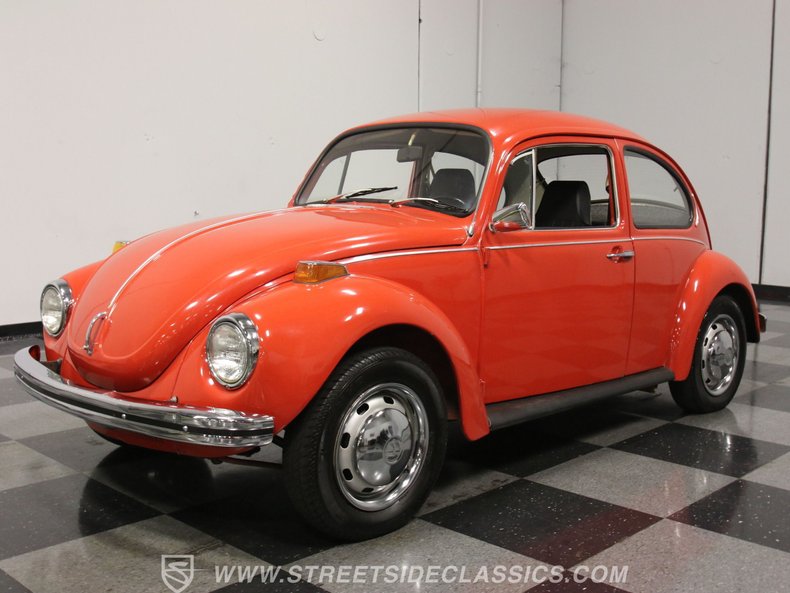 Is there anything the Volkswagen Beetle can't do? It's been everywhere and done everything, including, apparently, becoming a desirable collectable. This 1972 Beetle is ample evidence that the days of finding these for pennies on the dollar are long gone, and reminds us that the good ones always represent the best value. This is a lot of car for the money!

Volkswagens can wear vivid colors without looking like they're trying too hard, and bright red is a great choice for the personality-laden Beetle. While they're no longer a staple on America's highways, they are still recognized instantly by everyone from tiny children to seniors. This is one of those great cars that effectively blurs the line between restored and original, and it's hard to say whether the paint is amazingly well preserved or just an older repaint. Either way, it has an honest patina to it, a gentle shine that looks right on the curvy old bodywork, and clear evidence that it's been loved. Sure, it's been driven, but what Beetle hasn't, and the overall look is quite appealing. VW fans will be pleased to see the old-style taillights that most prefer, as well as bright chrome bumpers, very nicely preserved rubber running boards (probably the last production car to use them), and just enough stainless trim to make it look right next to the flashy American iron. No major issues or faults, just a clean, honest Beetle that would really respond well to some old-fashioned elbow grease.

Basic black was the standard interior for the Beetle, and the high-back buckets wear correct textured vinyl seat covers that seem to wear like granite over the years. Door panels recall an earlier era with built-in map pockets, and the dash remains simple with just a single round speedometer and integral fuel level gauge. The 4-speed gear shift falls easily to hand, and within a few miles you'll have mastered it, vague gates notwithstanding. Snug-fitting window gaskets help it seal up well, although I'm pretty sure the stories of VWs being so tight that they would float in water are an exaggeration. This one really is as basic as they come, including radio delete, but that also means that there's no questionable modifications that seem to plague older Beetles. The carpets are in nice shape, the seat covers are just too nice to be original, and it has a very nicely integrated look throughout the interior. Even the forward trunk area is neatly upholstered in black carpets that dress things up, just a little.

Touch the starter and the 1300 cc flat-four springs to life and sounds like a Beetle should. The engine bay is quite tidy, showing off careful maintenance and signs that someone really cared about keeping it in top condition, and you could spend a Saturday afternoon cleaning it up to really make a difference. A single-barrel carburetor with an open-element air cleaner air cleaner is atop a recent carburetor, and all the heater ducts are still in place. It starts easily and idles well, and despite its modest performance, this one feels like it could run forever. The aforementioned 4-speed manual transmission shifts better than most, and with the modular design of the undercarriage, it's easy to replace parts that need help, as there's a brand new floor pan on the passenger's side. Standard steel wheels with shiny hubcaps and trim rings give it a traditional look and are fitted with 165/80/15 Kumho radials, a size that's ideal for the vintage Bug. 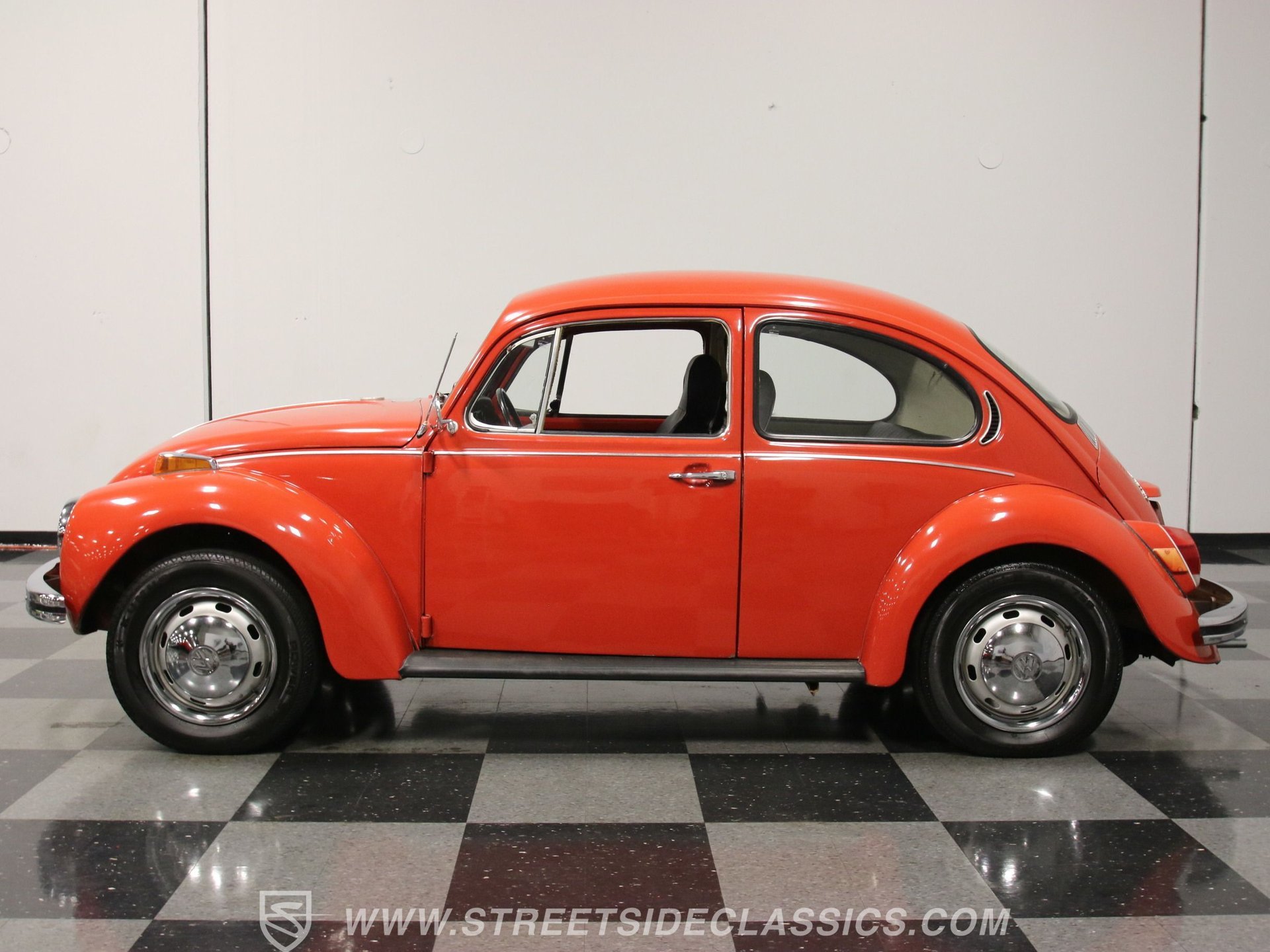