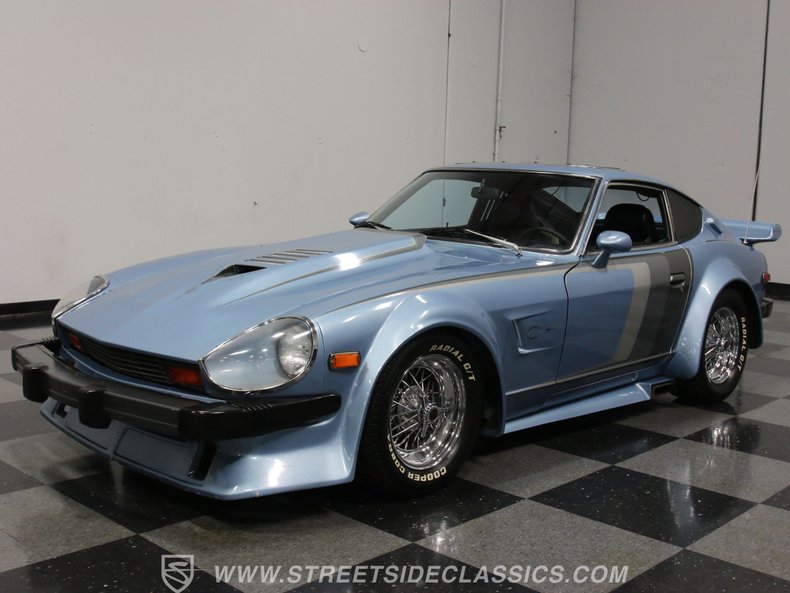 The Datsun Z cars put Japan on the performance car map, and this 1977 280Z tells you all you need to know about why these are such special vehicles. With an IMSA-inspired body kit, a beautifully preserved interior, and a few well-chosen upgrades, this is exactly the kind of car that earns fans everywhere it goes.

The long nose styling of the Z car never seems to go out of fashion, and when combined with that wide-body look, a custom hood, and a deep chin spoiler, it takes on an entirely new look. Sure, it screams 1970s, but it's a lot more sophisticated than a Corvette with similar modifications and the blend between modified and stock is pretty seamless. The paint is in good order and the custom mix is subtle, which allows the wild bodywork to speak for itself. Sure, it's got a few signs of being driven, but who could resist? Typical of the Japanese, the fit and alignment of the body panels are excellent, and for a 35 year old car, this one fits together amazingly well. You'll note there's custom pinstriping on the vented hood and "whale tail" rear spoiler and headlight covers up front, which enhance the overall look. The car is perhaps most radical when viewed from behind, where there's a custom rear panel that makes the entire rear of the car one big taillight and it actually looks pretty cool.

The two-tone interior gives the Z a sporting look that matches its extroverted bodywork. The front buckets are well preserved, with no cracks or splits, and showing only light wear on the button-tufted seating surfaces. With its distinctive dashboard design, with speedo and tach in front of the driver and three auxiliary gauges mounted up high in the center, the Z's interior has been the prototype for all Japanese sports cars for decades. In this car, the dash pad, the door panels, and even the rear hatch area are exemplary, showing no signs of sun damage which is so common on these cars. Functioning A/C is part of the deal and there's an AM/FM/cassette stereo system with speakers throughout the trunk area that still sounds pretty good.

Power comes from an upgraded 2.8 liter inline-six, which makes wonderful sounds akin to the great British roadsters of yore, not to mention all that turbine-smooth torque. The 280Z uses fuel injection, which looks complicated but is extremely reliable and delivers improved performance and economy. Showing signs of proper maintenance throughout its life, this Z fires up the first time every time and pulls cleanly, with the 3-speed automatic delivering smooth upshifts and snappy downshifts, making this Z a fantastic point-and-shoot weapon in traffic. The all-independent suspension is agile, and none of its handling prowess is diminished by the modified body, which actually permits the use of wider rubber. A custom exhaust system with a single Flowmaster muffler and twin outlets built into the rocker panels gives the brawny six a fantastic sound that you have to hear in person. And we have to admit that we like the look of those chrome wire wheels, which are wrapped in fat 265/50/15 white-letter radials at all four corners.

This is a very unique ride, and the look is what we all dreamed of in study hall and it has the performance to back it up. This is affordable fun that gets more than its fair share of attention. Call today! 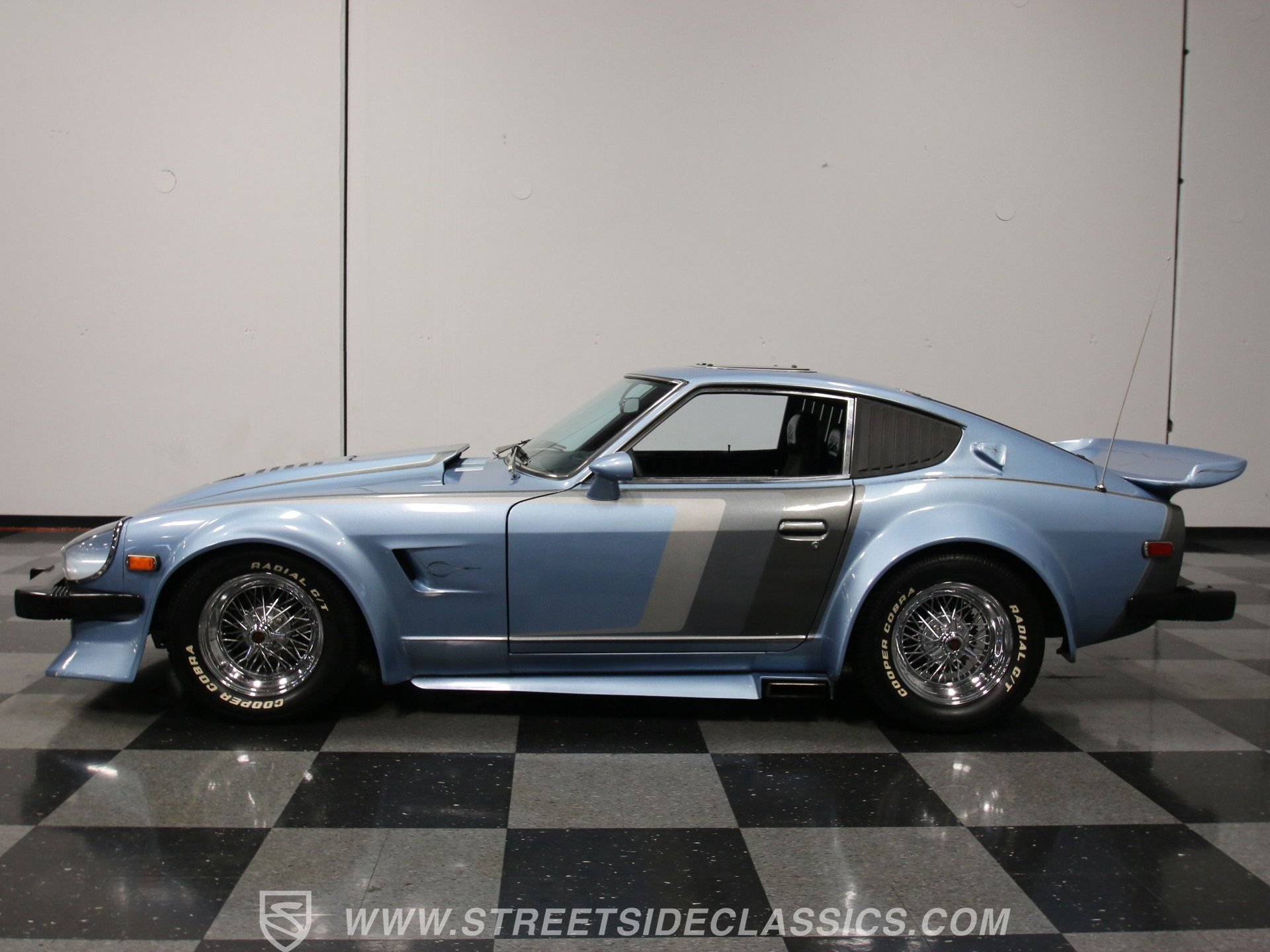