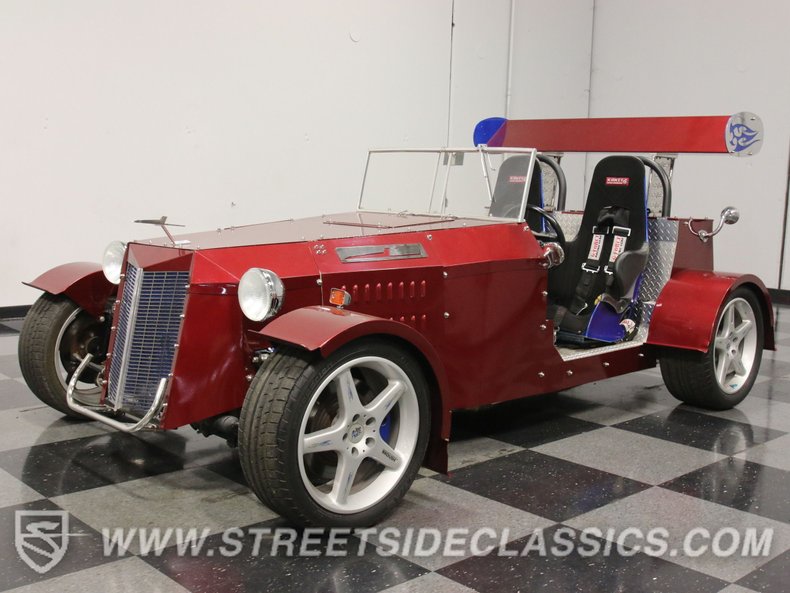 If you're a smart car guy, you'll spot the high-grade hardware living underneath this home-made creation: a 2003 Panoz AIV roadster chassis. With Mustang Cobra power, a sophisticated all-independent suspension, and massive brakes, it's got the hardware to be a sparkling performer. The bodywork is, shall we say, unique, but there's no denying the potential that exists under the skin.

We don't know what happened to the Panoz's original skin, but it couldn't have been too traumatic because the stuff underneath is still in excellent shape. This is a recent build and obviously the builder wasn't from the English Wheel and planishing hammer school of design, but that's OK. It does have an old-fashioned, industrial-strength look that might grow on you after a while. It's steel and diamond plate, so it's going to be virtually indestructible and the red paint makes it look sporty. It's unlikely that any aerodynamicists were consulted, what with the upright windshield and massive wing, but there's enough power coming out of the 32-valve Cobra motor that things like wind resistance aren't really an issue anyway. It does have thoughtful touches like a hood ornament, cool little tubular bumpers, and '39 Ford taillights with Model A auxiliary lamps up high, all of which give it a familiar feel. Is this what hot-rodding would look like if it were invented in the 21st century?

I suppose you could call two bucket seats and a steering wheel an "interior" but this is really more akin to a 4-wheeled motorcycle. The racing buckets hold you in place like your clothes were made of Velcro, which, along with the 5-point harnesses, make you feel pretty secure in a car without doors. Durable diamond plate makes up most of the interior surfaces, so you don't have to worry about wear and tear and you'll never have to vacuum the interior of this car. The Panoz steering wheel made the transition intact, as did the Cobra's white-faced gauges in the center of the dash, and a custom center console was fabbed up to hold the 5-speed manual gearbox. It's pretty light on creature comforts, but that's obviously the point and it's street legal thanks to functioning lights and signals, plus a manual wiper atop the windshield frame.

The most appealing part of this car is obviously the hardware that makes it go, starting with the 4.6 liter DOHC Ford V8. With more than 300 horsepower on tap, the performance is exciting yet reliability is virtually bulletproof thanks to OEM build quality. It's a tight fit in the narrow engine bay, but everything's in there and they did take the time to make the wiring and plumbing work right. Heck, even the custom dual exhaust system is equipped with catalytic converters, so this sucker should be emissions legal in most areas. The Ford 5-speed manual is a slick shifting unit and it drives an independent rear end with industrial-strength A-arms holding it up. Four-wheel disc brakes are massively powerful and a full set of Roush wheels give it an awesome stance. Recent 245/45/18 front and 295/35/18 rear BFGoodrich radials have been fitted.

We don't quite know what to make of it either but that doesn't stop it from being a blast to drive. Enjoy as-is or use it for the foundation of another build. The hardware is incredibly competent and it would be pretty hard to make a faster car for less cash. Call today! 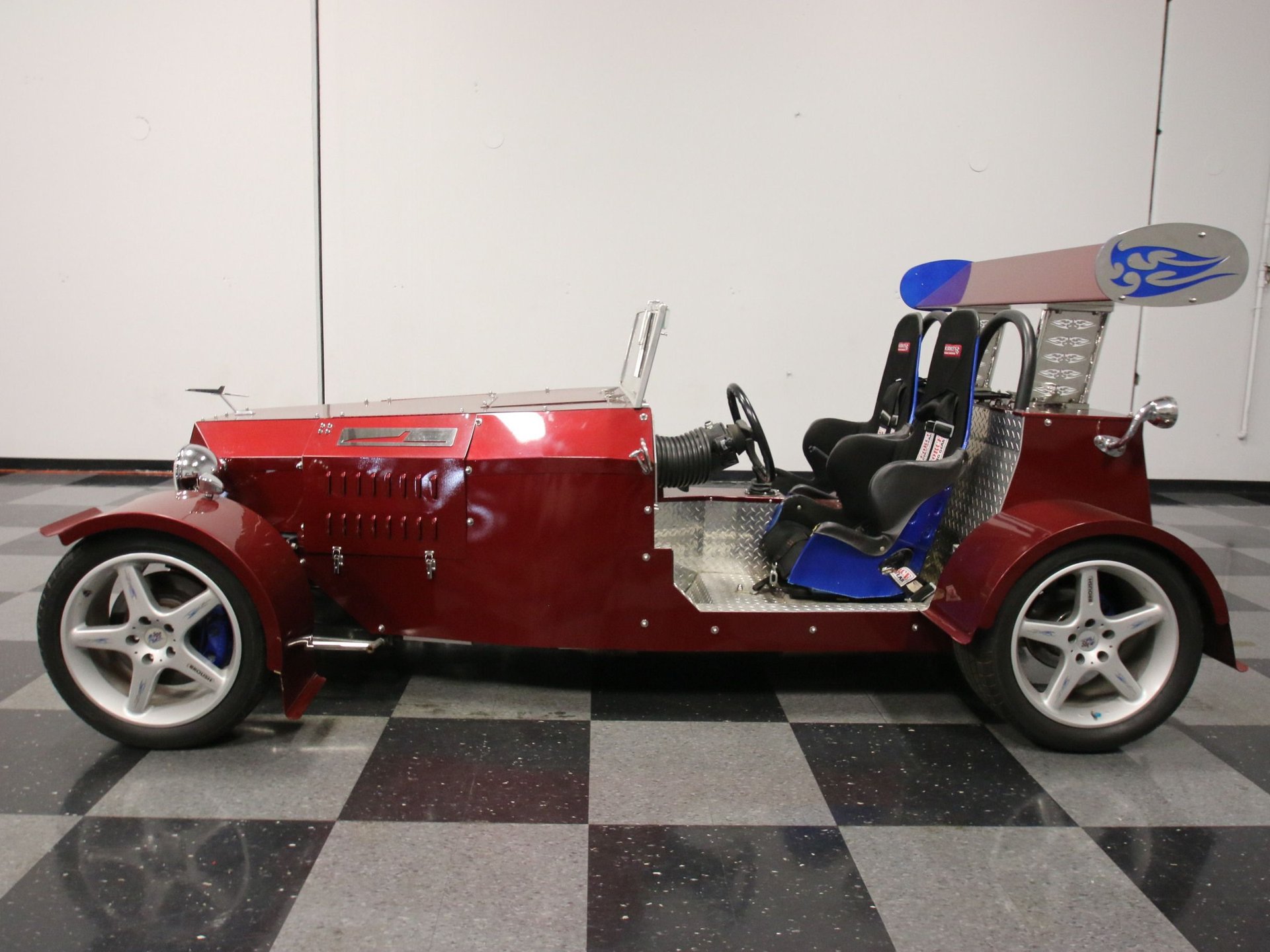