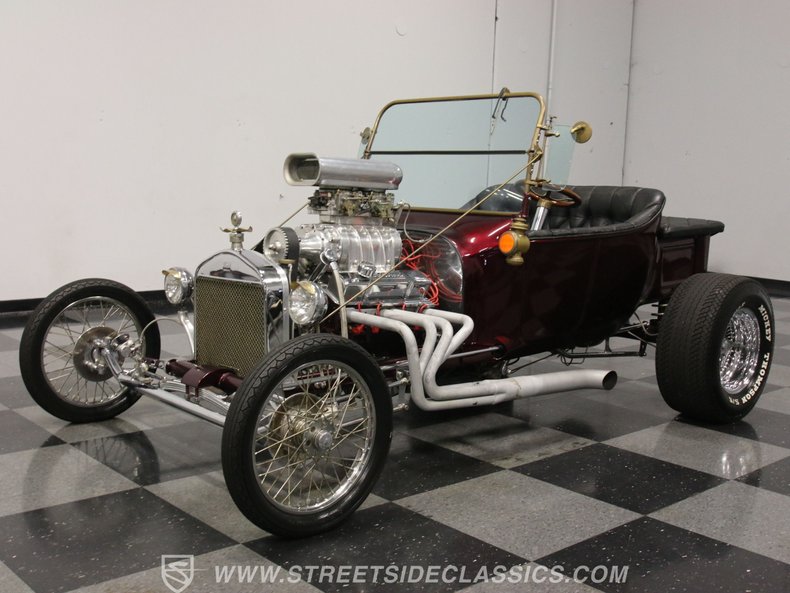 T-buckets are all about wretched excess, and this traditional burgundy one pulls no punches. With stout small block power, a competent suspension, and a surprisingly comfortable interior, it's over-the-top in every measurable way, making this the T-bucket to own if you're seeking the spotlight.

Visibility is the T-bucket's claim to fame, and with that in mind this vintage 'bucket got a glowing paint job that lives up to the standards set by similar machines from the '70s and you'd have to be legally blind to miss it, even at night. There's not a lot of surface area, but the bodywork that remains on the minimalist T is nicely prepped and finished and now showing some nice patina that's just right. The overall look suggests that just because it was originally designed to be inexpensive doesn't mean you have to build it on the cheap. Every square inch of visible bodywork has been painted, upholstered, or polished, including the mini bed out back, which wears its own diamond-tufted tonneau cover. The tall Model T windshield remains, but has been raked back slightly for a new look on an old favorite, and you'll also note that the glass itself is tinted, there's a hand-operated windshield wiper, and even a set of wind wings that keep it pleasant inside.

The interior fits the template for the traditional T-Bucket, with a diamond-tufted bench seat that wraps around the entire passenger compartment. The upright steering wheel is all part of the experience, and it uses a traditional Model T brass center with a modern wood rim that's a bit fatter than stock. A full array of vintage Stewart-Warner gauges have been fitted into a nicely finished oak panel, again offering just the right patina for a car straight out of the past. And you can forget Mexican blankets serving as low-buck upholstery, because this one is very nicely finished in black vinyl and a full set of carpets that make it feel a bit more civilized. There is no top, no windows, and no heat, but with that thumping small block V8, I don't think you'll miss it.

Yes, that's a 350 Chevy topped by dual quads and a blower; talk about overkill! The supercharger is a 6-71 and it's topped by a pair of 650 CFM Edelbrocks under a scoop, so it looks like you'd expect it to. And since it's right out there in the wind for everyone to see, all the components were either polished or plated so they sparkle in the sunlight. It's a 4-bolt main block with a steel crank and forged pistons, plus a set of Crane roller rockers, so it was definitely built for combat. And for some reason they stuck a Boyce moto-meter atop the faux radiator shell, although it's completely blocked by the massive engine; the T-bucket summed up in a single detail. A 4-speed manual transmission feeds power to a narrowed Ford 9-inch rear end, all of which was painted to match the body. And speaking of oversized, those are genuine wire wheels which wear a traditional big-n-little set of tires, including Mickey Thompson Indy profile rear tires for the perfect old school look.

There's nothing more radical than the T-bucket, and this one shows a lot of care and thought in the build, and is a fast, fun little car as a result. Call today! 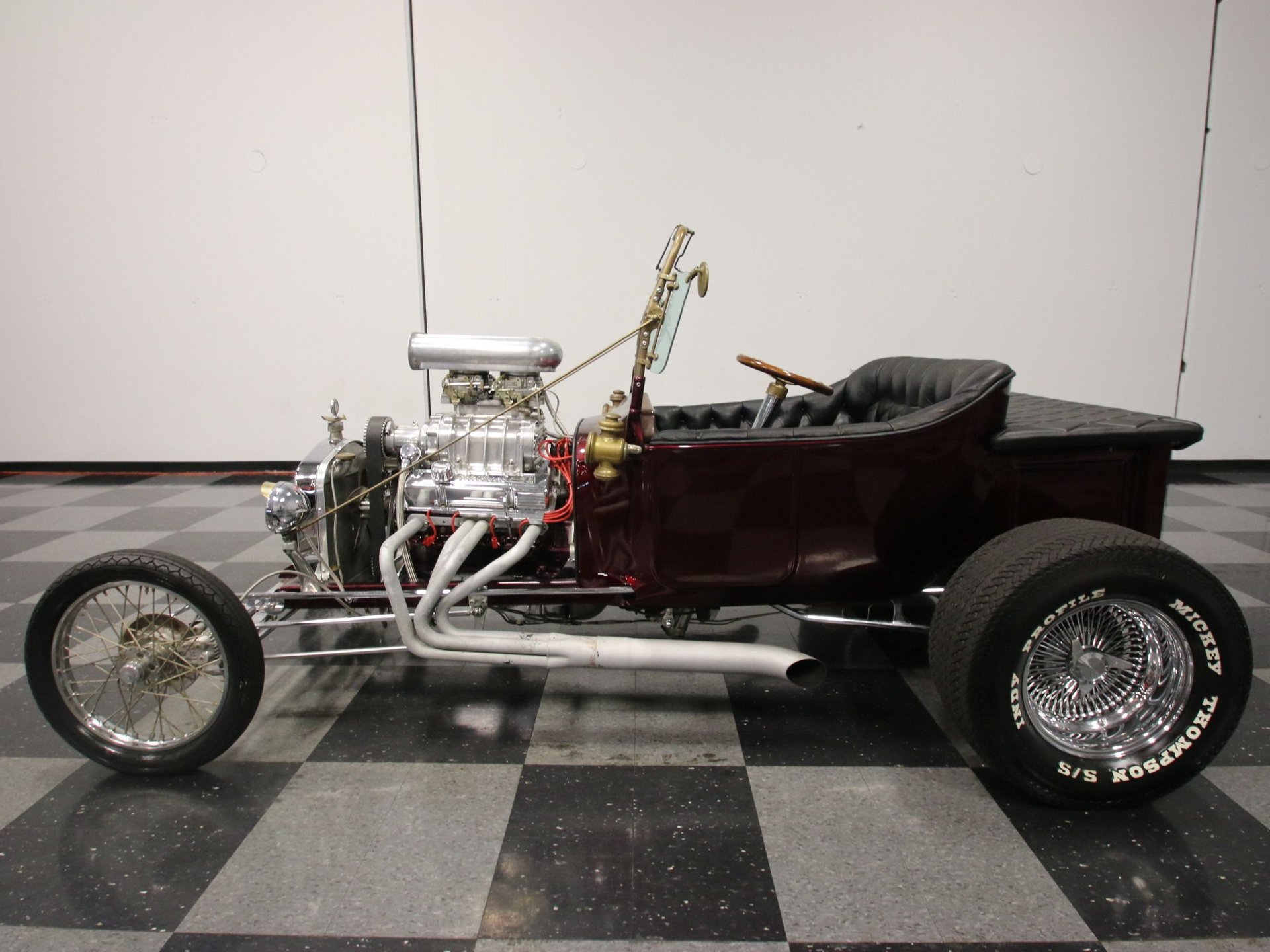