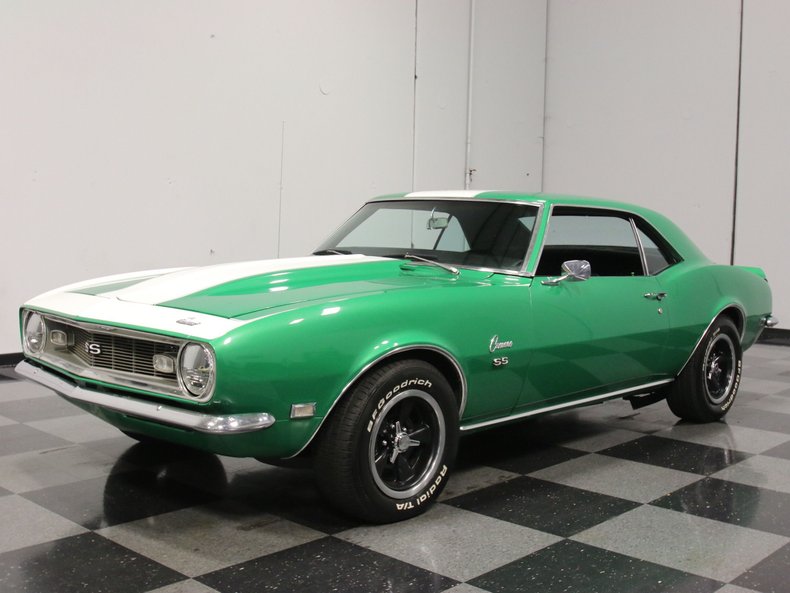 This 1968 Chevrolet Camaro is not subtle. But it does back up its wonderfully brash looks with a potent 400 cubic inch V8, a 4-speed, and a take-no-prisoners attitude. For a cool look back at performance in the '60s using an all-GM parts bin, this Camaro more than delivers on its look, all at a very appealing price.

The bright green paint might be considered a take on its original code Z British Green, a brighter, more eyeball-catching green that will make this car stand out wherever it goes. Yes, we admit that it isn't for everyone, but the more you look at this car, the more there is to like. We're especially fond of the way they combined both the nose stripe and a variation on the Z/28 body stripe, giving it a period road race look that works rather well. It was repainted in 2013 and is showing a bit of wear since then, and we're guessing the intention wasn't to create a trailer queen show car, but rather a car that could prowl the streets on a Friday night. A cowl induction hood and ducktail spoiler out back give it the requisite predatory stance, and SS badges will have the guy in the next lane thinking very carefully whether he wants to give this F-body a go. The chrome and trim is probably original, with decent bumpers and stainless, plus a few new pieces like the SS emblems. Quite honestly, it would probably benefit from a good polishing, and it wouldn't take much to really make things pop.

The black interior is no-nonsense all the way. Stock bucket seats, a 4-speed sticking out of the transmission tunnel, and only enough hardware to make it fast all add up to a car built for a purpose. The carpets were replaced in 2012 with proper replacements that match the originals, the headliner was replaced in 2014, but we strongly believe the rest is original, which is pretty remarkable. The steering wheel is from a second-generation Camaro but it works well here, too, and the original gauges are augmented by the usual trio of auxiliary gauges under the dash plus a Sunpro tachometer on the tunnel. An AM/FM/CD stereo slots neatly into the center stack thanks to a new bezel and the dash pad is in excellent shape. The trunk is properly finished with a reproduction mat and a full-sized spare with jack assembly, something you don't often see on cars at this price level.

The engine is a CTX-coded 400 cubic inch V8, a great way to put more cubes under the hood without adding weight. The strong-running small block moves the early Camaro with real authority and uses an Edelbrock Victor Jr. intake, QuadraJet carburetor, and a set of rebuilt 350 heads to make horsepower. An HEI ignition conversion means that it starts easily and quickly and the long-tube headers with Flowmaster mufflers sounds truly awesome. It's a little dressed up with finned Z/28 style valve covers, glossy inner fenders, and a chrome air cleaner, and with a little TLC, this engine bay could really pop. The 4-speed shifts well and powers 3.55 gears in a heavy-duty 12-bolt rear end, so no worries there. It's clean underneath with upgrades like subframe connectors and traction bars, which really allow you to make the most of the big small block's power, and it sits on later Camaro wheels with black centers, spinners, and fat BFGoodrich radials.

Enjoy as-is, or put in a little elbow grease and transform this Camaro into something truly remarkable, it's an affordable way to get some big performance in your garage. Call now! 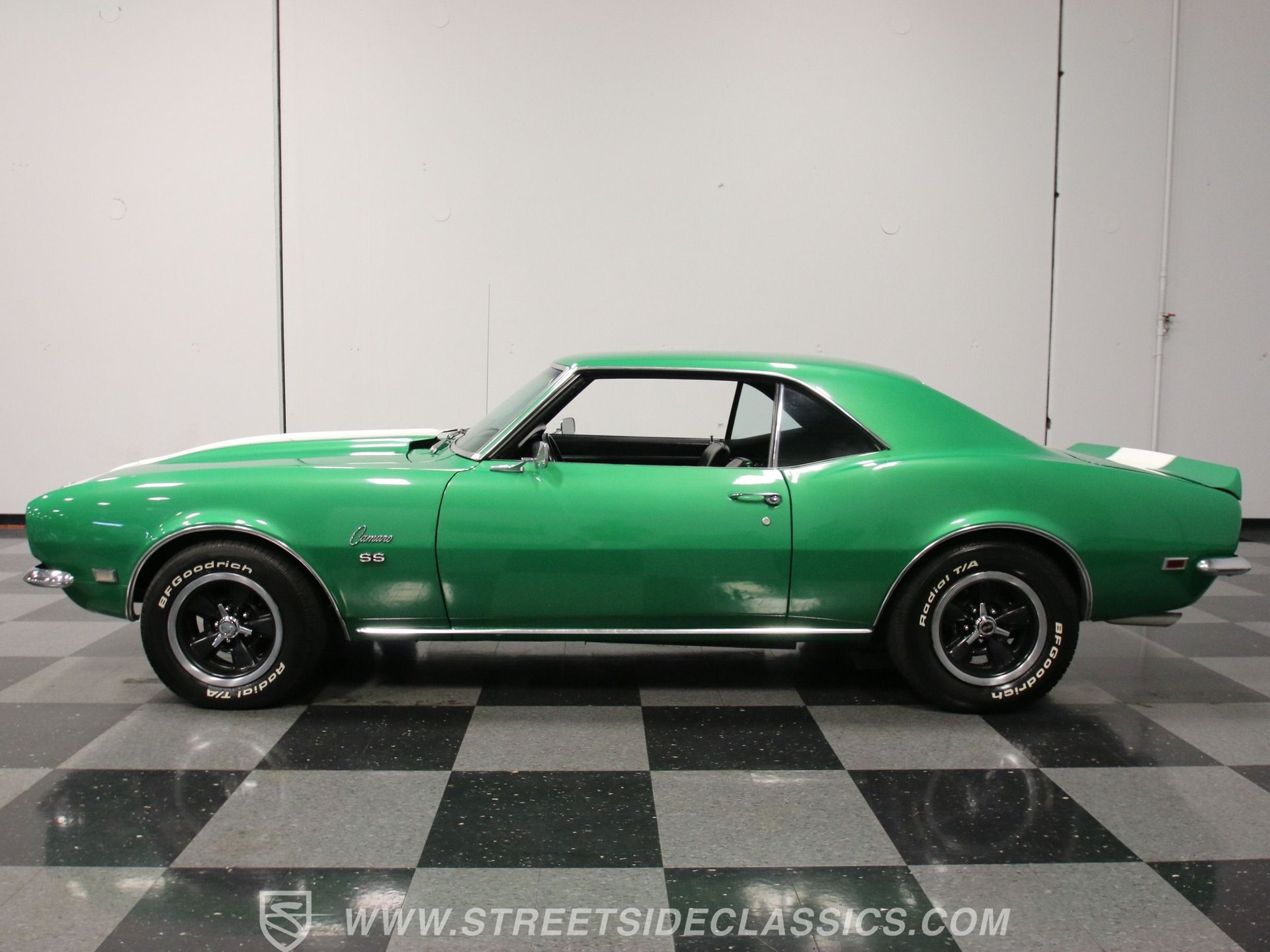