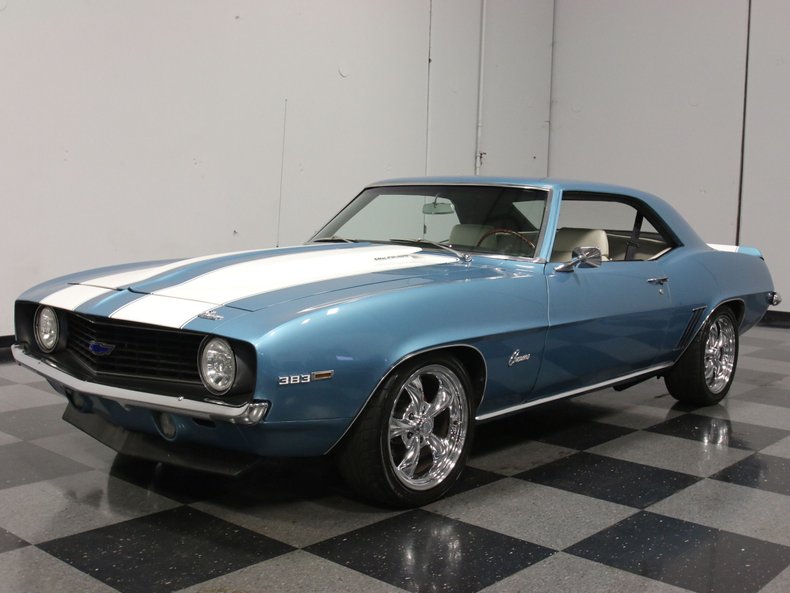 If you're going to dream, dream big. Clearly someone wanted to build the ultimate '69 Camaro, and pulled out all the stops to create this stunning resto-mod. With a thundering stroker motor under the hood, high-visibility bodywork, and a gorgeous black and white interior, this is the Camaro we all wish we owned.

Seriously, if you could have a vintage Camaro built any way you wanted, isn't this pretty much what you'd wish for? The bodywork is quite nicely done and doesn't change anything from the stunning 1969 factory look. The handsome icy blue paint isn't perfect, but has a great shine, and is pretty close to the factory Azure Turquoise and with Z/28 style stripes that adds a performance look that's practically expected on an early Camaro. A cowl-induction hood, ducktail spoiler, and '383' badges were added during the build, accentuating the factory styling without calling too much attention to the upgrades. There were no liberties taken with the Camaro's classic shape and since this was a base car when it was new, they resisted the urge to add fake SS badges or RS equipment. Chrome bumpers have been brilliantly refinished and all the stainless trim has been buffed to a high shine so it really sparkles.

From behind the wheel, there's almost no way to tell that this isn't a beautifully restored, stock Camaro. A white bucket seat interior always looks elegant and sporty, and the workmanship is excellent throughout, with lots of new equipment. The dash features New Auto Meter gauges in a custom housing that seamlessly integrates original and modified components and a factory center console features a horseshoe shifter that now manages a 700R4 4-speed automatic overdrive transmission. That lovely rosewood steering wheel is a clever update of the original with a slightly fatter rim that's also smaller in diameter, and the dash has been woodgrained to match. You'll also note that this car carries A/C which uses a modern compressor and R134a refrigerant, plus a Kenwood AM/FM/CD/iPod stereo head unit in the original radio's location, powering speakers in a custom trunk enclosure. In the best resto-mod tradition, this car blends the best of yesterday and today to create something truly spectacular.

Spectacular is one word for the sweet-running 383 cubic inch stroker motor under the hood. The build takes no prisoners, and the GM crate motor grunts out a very stout 425 horsepower on the dyno. It's also remarkably docile, with a hydraulic cam and pump gas-friendly pistons under the fast-burn aluminum heads. An Edelbrock intake and a blueprinted 770 cfm 4-barrel deliver the fuel, while a set of ceramic-coated Hedman long-tube headers use a set of Flowmaster mufflers to handle the exhaust. Beautifully dressed in aluminum valve covers and race-grade plumbing, it neatly straddles the line between street and race and excels at both. Upgraded Hotchkis A-arms improve handling, and 4-wheel power disc brakes keep it neatly under control. A beefy 10-bolt full of 4.11 gears plants the power, although you might need something stickier than the fat 17-inch street radials to hook it up.

If you're looking for a weaponized 1969 Camaro, look no further. Nicely built, properly modified, and bloody powerful, it runs and drives like a car decades younger. Call today! 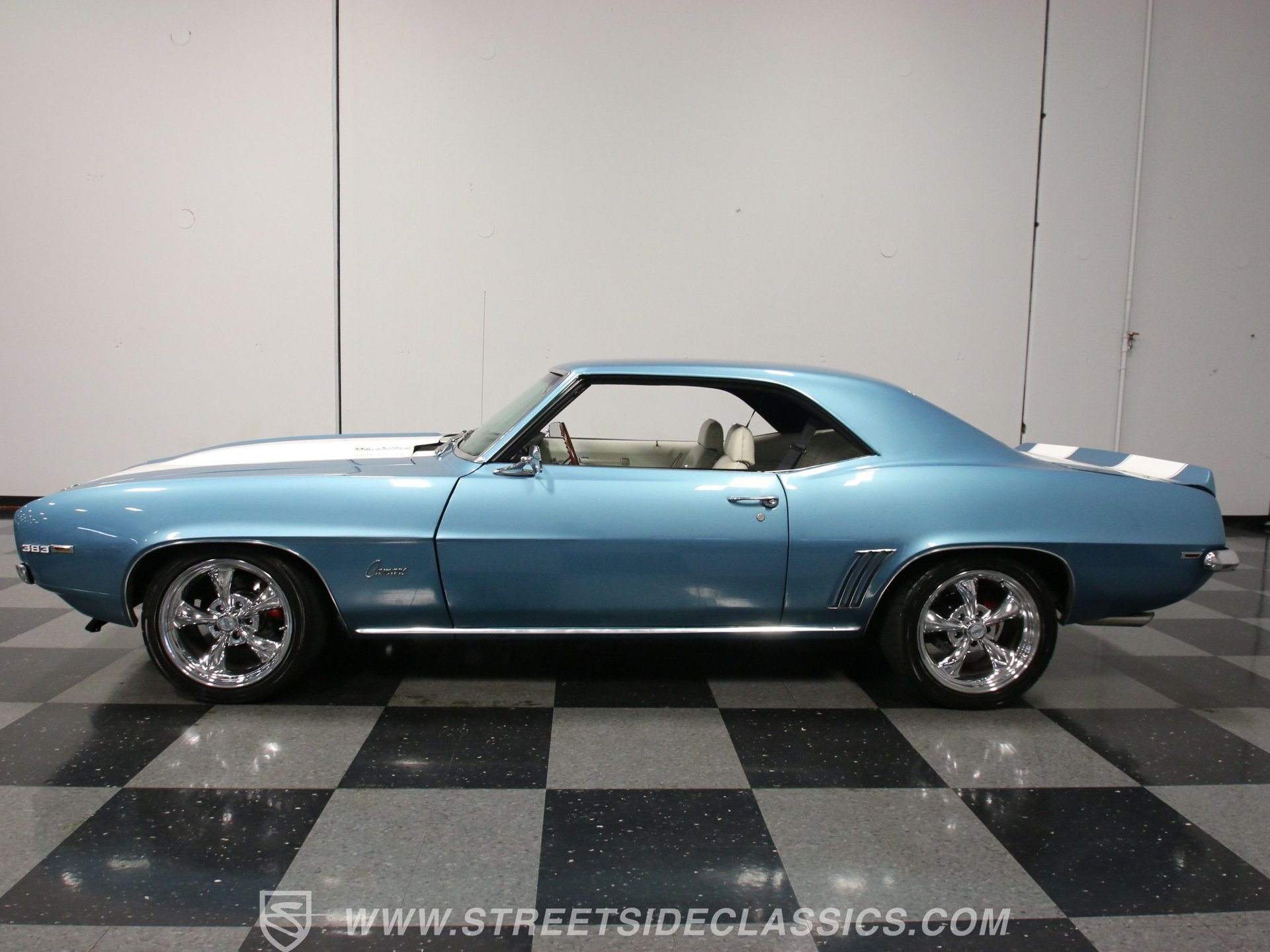