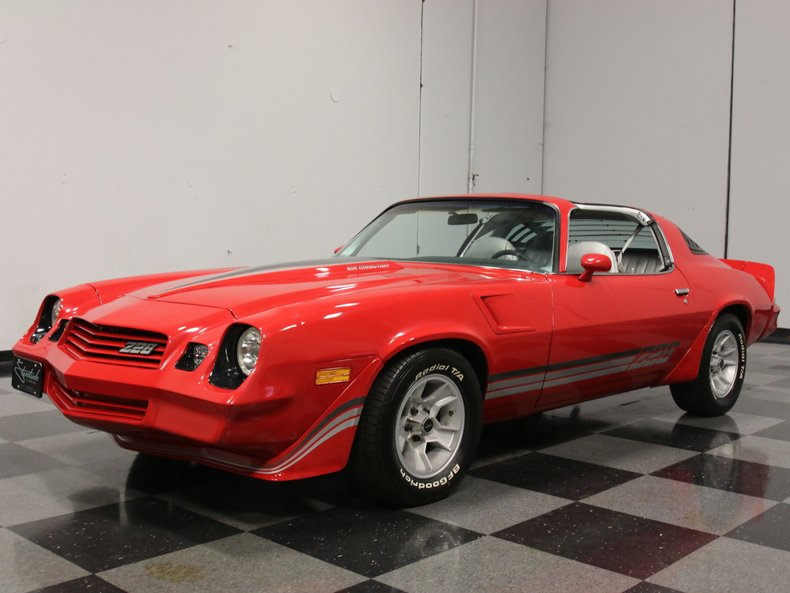 In the early '80s, muscle cars were on the endangered species list, with this 1981 Chevrolet Camaro Z/28 being one of the few V8-powered performance cars left on the market back then. Like the Trans Am, they were distinctive and in-your-face, creating a statement about American performance. Today they're hot collectables for guys who were there when owning a car like this made you The Man.

Unlike all the orange and brown and bright blue Z/28s, this bright red Z actually looks contemporary enough that you won't have to make excuses for driving it every day. Paint and bodywork were restored in 2012 and the entire car was disassembled and stripped bare for the process, and then soaked in PPG paint. It still carries correct Z/28 bits like the chin spoiler that wraps around to the wheel openings, a proper hood scoop and fender vent, plus the ducktail spoiler out back. There's even a set of rear window slats, the perfect '70s addition to a car like this. The urethane bits match the bodywork exactly, which is something you couldn't say about the originals, and a full complement of high-visibility Z/28 decals have been professionally installed to complete the look. If nothing else, the attention to detail on this car is impressive.

Showing almost zero wear since the build, the cool silver interior avoids looking dated by virtue of the generous side bolsters and black deep-pile carpet. Matching door panels are in excellent condition, not even showing the usual wear on the driver's side armrest. A full complement of gauges, including a correct 7000 RPM tachometer (yes, they all rest at about 1500 RPM when you turn off the ignition), has been fitted into the brushed-aluminum instrument panel. The steering wheel is a Z/28 piece that neatly replicates the string-wrapped racing wheels of the past and includes a Z/28 horn button the complete the look. Just about everything inside this car is new and looks great today, and offers upgrades like a dual gate shifter for the TH350 3-speed automatic transmission and a Pioneer AM/FM/CD stereo system with 6x9 speakers on the rear deck. The spotless trunk still carries its original mat and a correct space-saver spare that has apparently never been used.

Granted, 1981 wasn't the pinnacle of the horsepower wars, but that doesn't mean that 30 years later, we can't find a little more horsepower. The engine is a rebuilt 350 cubic inch small block with an .030 overbore, Weiand intake manifold topped by a Holley Street Dominator carburetor, and a chrome dress up kit. Corporate blue paint on the block is traditional (Chevy Orange had gone by the wayside by 1981), and thanks to power steering and brakes, this car is potential daily-driver material. Long-tube headers feed a rumbling dual exhaust system, which terminates in subtle turn-downs that keep a low profile, which was probably the whole point. A TH350 3-speed automatic transmission delivers the power, which gets planted by the original 10-bolt rear with easy-cruising 3.08 gears inside. Later Z/28 alloy wheels look right and wear fat 245/60/15 BFGoodrich T/A radials.

Real Z/28s are the most popular second-generation Camaros and this highly-documented one has not only been nicely restored, but also carries a bit more horsepower to match its outrageous good looks. Call today! 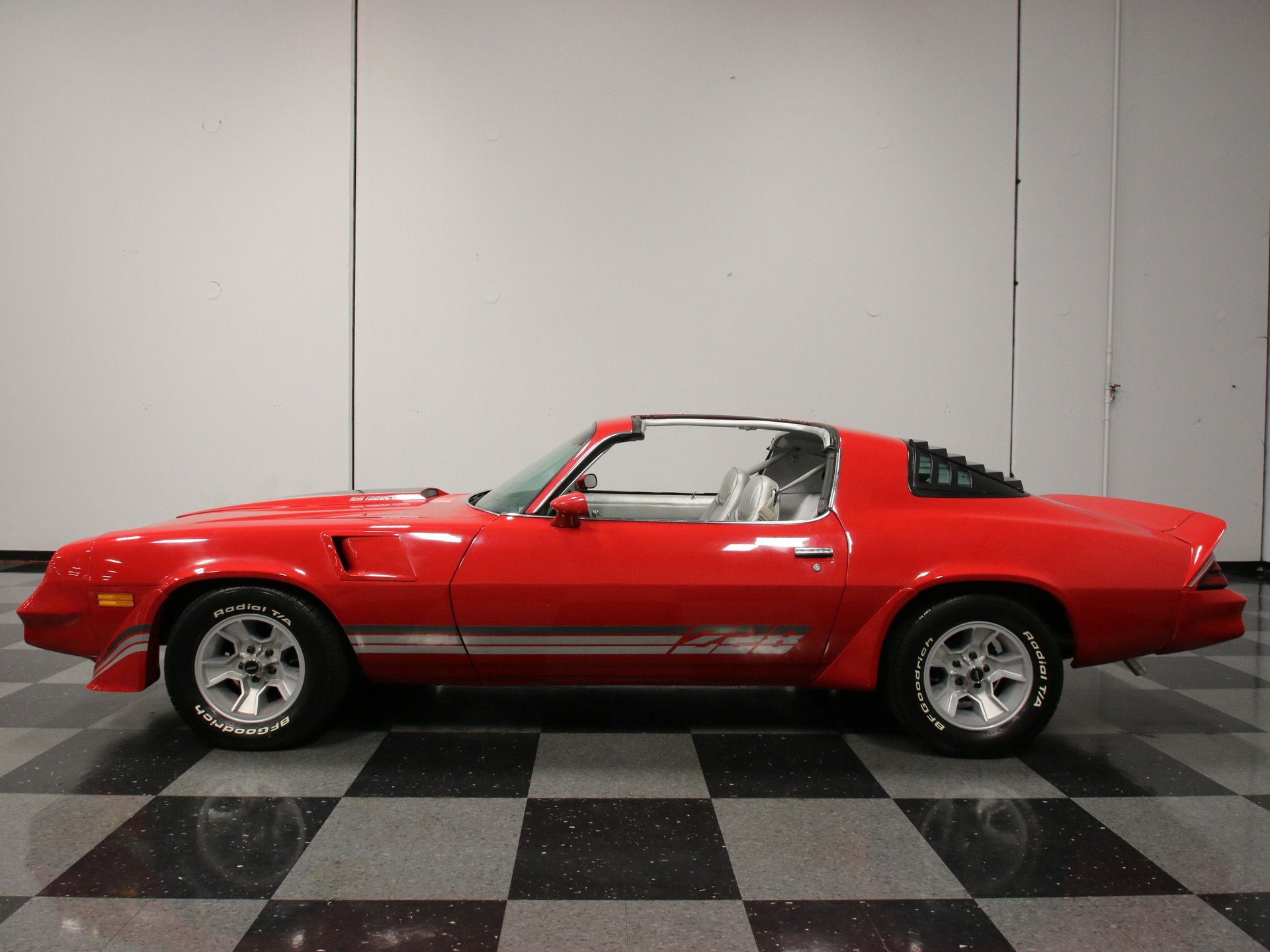