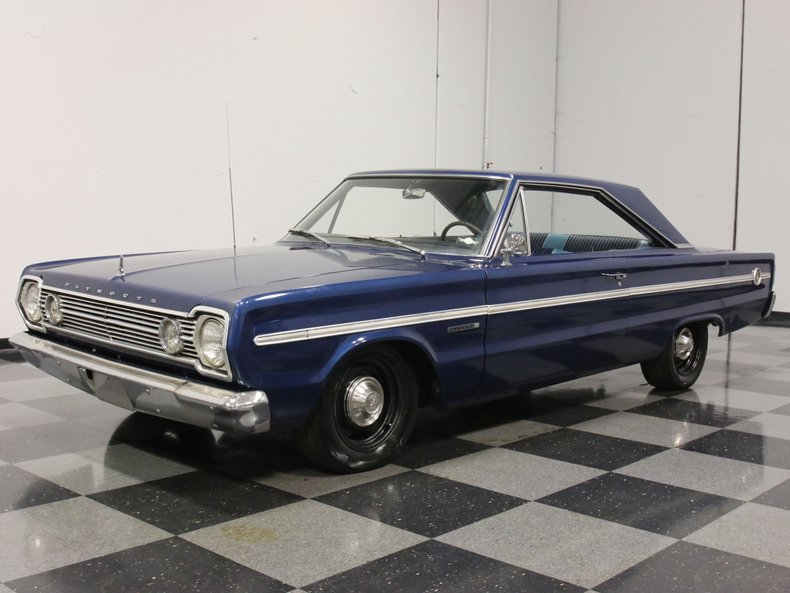 This 1966 Plymouth Belvedere is the very embodiment of Chrysler's industrial strength muscle, packing 440 cubic inches, a 4-speed, and that classic slab-sided styling. If you like your muscle wrapped in a more grown-up package, this Belvedere is what you need.

Just one look at this low, muscle-bound Belvedere and you know it means business. There's nothing on the car that doesn't belong there and it isn't trying too hard to be something it isn't. Instead, it's got a purposeful look that doesn't call a lot of attention to itself and it's not so perfect that other street racers will be wary. The repaint was done a few years ago and it's not perfect anymore, but the industrial-strength look works best when it's got a few battle scars. Dark blue works well, giving the car a grown-up look that gets attention, and the bright trim along the flanks highlights the arrow-straight styling. The chrome is probably original, so it's a little tarnished, but a little elbow grease will brighten it up and take the car up a notch or two.

The two-tone blue interior has an upscale look and feel and it's in very good shape with firm, comfortable seats, nice carpets, and a 4-speed sticking out of the transmission tunnel. The door panels, headliner, and dash pad are original and in reasonably good condition and the back seat doesn't look like it's seen much action at all and still looks great. The big steering wheel has a leather wrap to make it a bit more substantial and everybody loves the pistol-grip shifter that was one of Chrysler's trademarks in the 1960s. The Belvedere got a full complement of gauges and the original AM radio is still in the dash, and that's one thing that's probably due for an upgrade. The trunk is positively massive, as you'd expect from a full-sized car like the Belvedere, and it has a correct plaid mat that gives it a finished look.

But the real reason these Plymouths were the weapon of choice for street racers on Woodward Avenue is under the hood. This one is packing a built 440 cubic inch V8, which, at a glance, looks pretty stock. However, under that air cleaner there's an Edelbrock 4-barrel carburetor and a Torker II intake manifold, and the idle suggests a healthy camshaft inside. Hemi Orange paint stands out in the satin black engine bay and you can tell this one was built for combat because there's nothing to slow it down: no power steering, no A/C, and no power brakes. You know the original owner didn't do that because he was cheap. The 4-speed manual is part of that equation and it's linked to a stout 8.75-inch rear end with a set of street-friendly gears inside; you don't need a lot of gear to get a car rolling when you have a 440 powering it. There's a recent Flowmaster exhaust system, the floors are shockingly clean, and after living a life in a warm climate, there's none of the issues you'll find on cars from up north. And there's simply no better rolling stock on a brute-force muscle car than painted steelies with poverty caps and blackwall tires, with those on this car measuring 205/65/15 Bridgestone radials.

This Belvedere is pure industrial strength Mopar muscle and it has the power to back up its brutal look. And as it was when it was new, it's probably the most horsepower per dollar available anywhere. Call now! 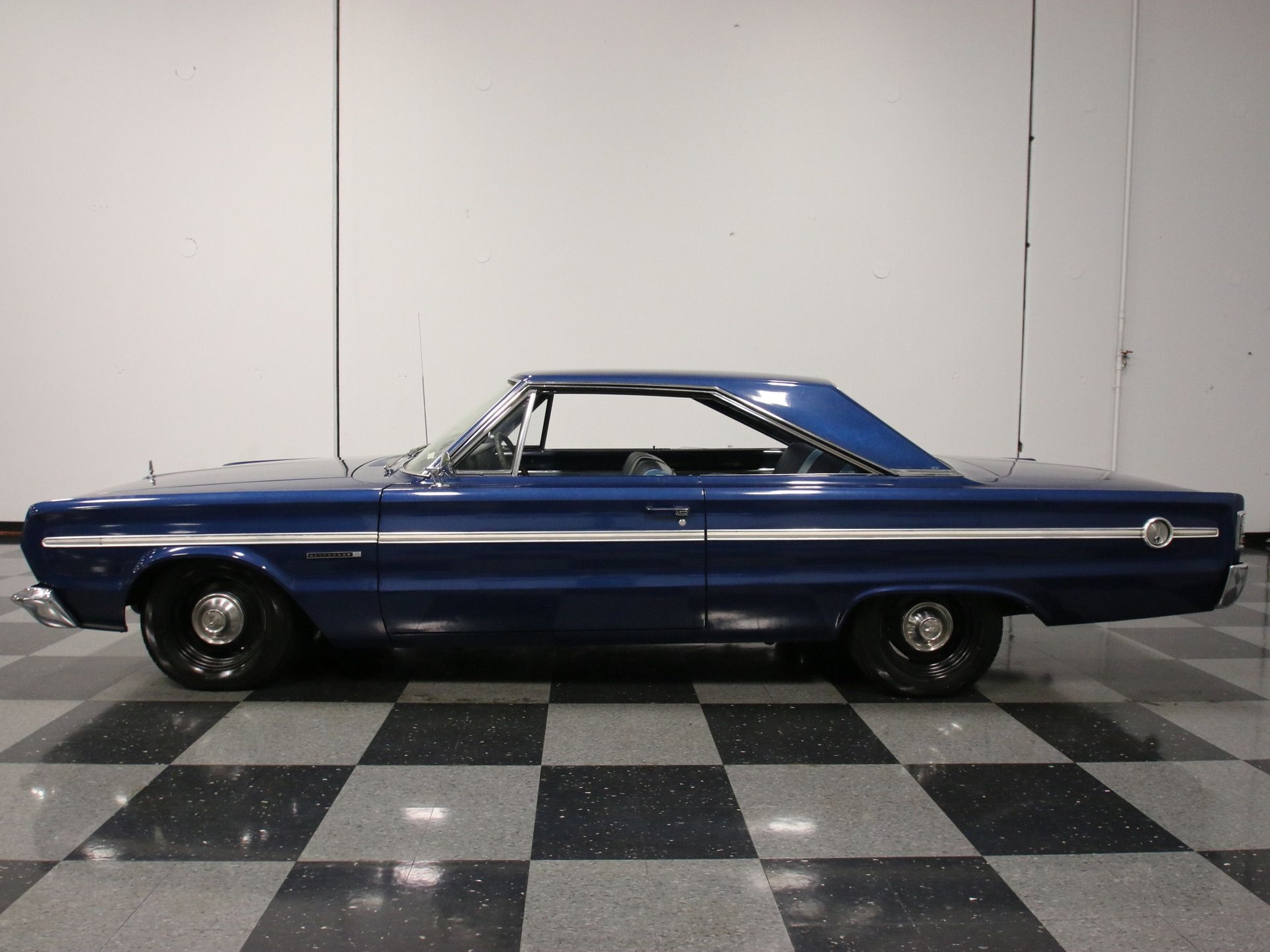