×
back
1989 Pontiac Firebird Trans Am GTA 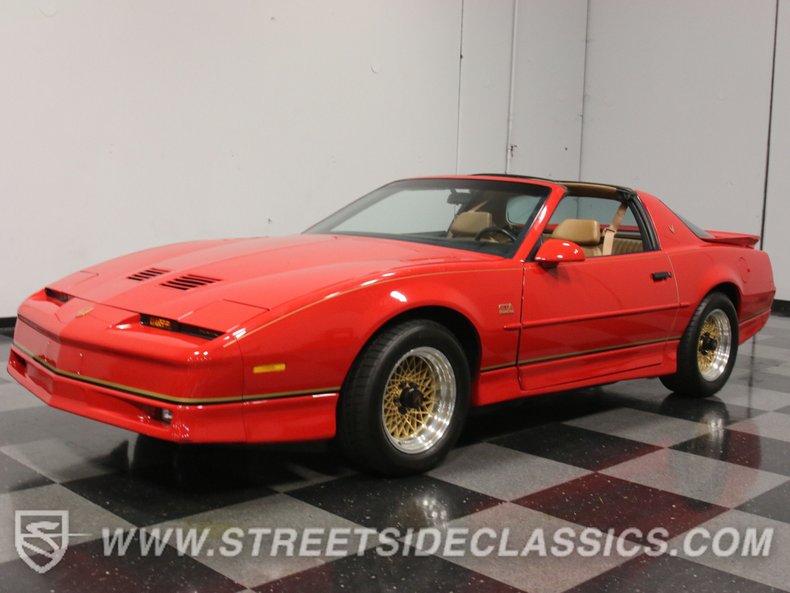 The GTA was the top-of-the-line Trans Am in 1989, loaded with every single option Pontiac could throw at it. Because of the performance potential of the L89 engine, the suspension was upgraded, and visual cues were more pronounced, including monochromatic paint. In short, this 1989 Pontiac Firebird Trans Am GTA is the one you wanted then and the one to own today.

This beautiful Flame Red GTA has all the standard GTA styling features, and it still looks fantastic even 25 years later. With just 42,905 original miles, it has been a pampered toy from new, and has never been used in winter weather or as a daily driver. It was repainted a few years ago and shows a few minor signs of use, but there's still lots to love about this bright red F-body. The urethane ground effects and spoilers found on the GTAs are in good condition as well, with no signs of warping or discoloration, although it's impossible to keep them from cracking simply due to age and if you look closely, you'll see a few hairlines starting to form on the rear spoiler. On the other hand, the dedication to keeping it all stock is to be commended and at this price, a few flaws won't stop you from falling in love.

This GTA features code 662 Camel leather interior, which has been wonderfully preserved. Looking far more expensive than its $392 price tag would indicate, the Camel leather is the perfect complement to the Flame Red paint. The leather is in very good condition given that it's now 26 years old, and clearly someone took very good care of this car. There are some comfort lines in the driver's seat, mostly on the side bolster where it obviously sees quite a bit of action. The GTAs came loaded with options, including power windows and locks, A/C, cruise control, and a tilt steering column, and this one even still sports its original AM/FM/cassette stereo, directly out of the 1980s. And yes, there are a lot of buttons, but with a little familiarization you'll be impressed with Pontiac's dedication to tech. In back, the hatch area offers plenty of storage and remains in very good condition and with T-tops, open-air motoring is easy and fun.

The L98 V8 under the hood is no joke. Stolen from the Corvette, it makes 240 horsepower in this application and a whopping 345 pounds of torque, which was why GM chassis engineers were fearful of putting it in a car with T-tops. With a crisp burble from the tailpipe at idle and a full-throttle battle cry that made Mustang 5.0s run and hide, this engine is legendary in GM circles for its performance, civility, and reliability. It's completely stock, which is pretty shocking considering how modification-friendly the L98 really is, and it runs superbly, as you'd expect from GM's legendary small block V8. But the GTA's biggest advantage was agility, thanks to the WS6 handling package that included stiffer springs and shocks, as well as those gorgeous gold lace alloy wheels wearing 255/60/15 BFGoodrich performance radials.

Beautifully preserved and an absolute blast to drive, this is exactly the kind of car that we love here at Streetside Classics: unusual, affordable, and with an interesting story to tell. Have some open-air fun this summer with this fast and flashy GTA. Call now! 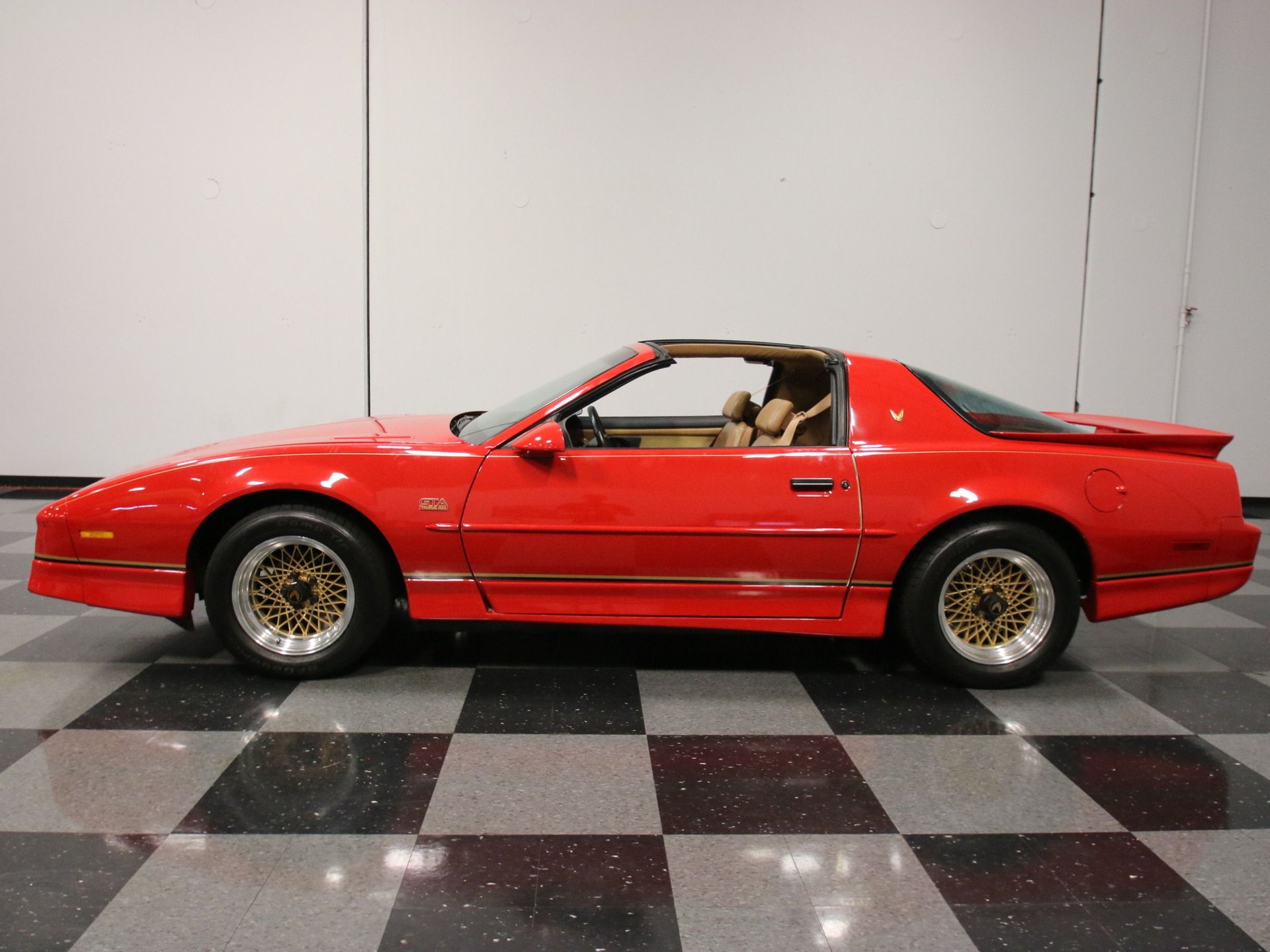