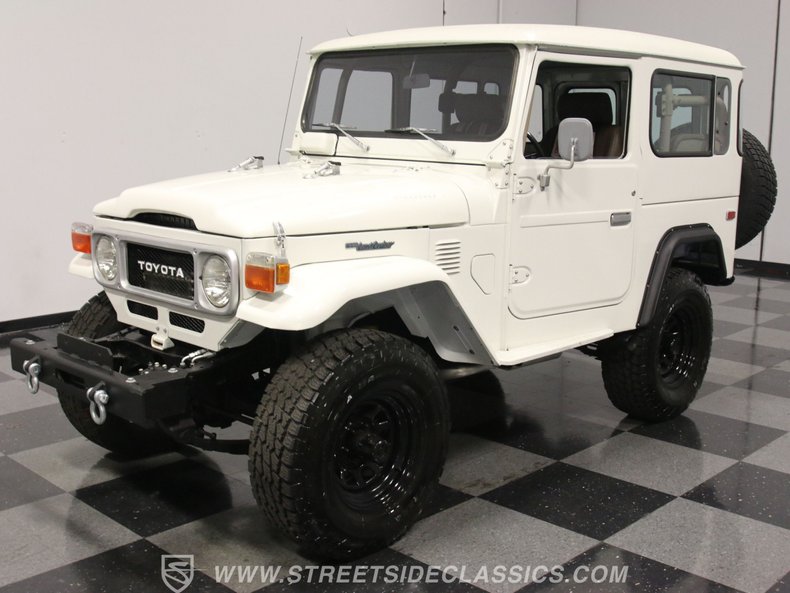 The Toyota Land Cruiser is one of the hottest things on four wheels right now, but everyone's busily restoring them. Instead, we suggest something more like this 1980 FJ40 Land Cruiser, which has a correct OEM look but serious V8 power lurking underneath. Fast, formidable, and still quite capable, this is the Land Cruiser you've always hoped to own.

1980 was nearing the end of the line for the Land Cruiser, making this one of the youngest trucks you can buy if you're into FJ40s. Of course, the look didn't change all that much over the decades, so it still looks like a box on wheels, but isn't that the whole point? This one was treated to one of those high-quality restorations just a few years ago and still looks great. The off-white paint is exactly the right choice on an FJ simply because that's how most of them looked when they were thumping across the plains of Africa. There are a few signs of use, of course, because this truck was built to be driven and enjoyed, but it's also obvious that it was loved and well-maintained. Most of the trim has been painted silver to add a little contrast but still keep it looking rugged and the fender flares were installed to protect the bodywork from the somewhat oversized tires. And yes, you still get the usual array of hooks, attachments, and heavy-duty hardware that made these trucks famous.

It's a bit more functional inside than the usual Land Cruisers, mostly due to a set of comfortable leather bucket seats with Simpson harnesses to keep you in place. However the rest is still heavy-duty field-ready hardware, including bare painted floors and a stout-looking roll cage encircling the passenger compartment. There's also a locking center console that was a nice aftermarket addition as well as some neatly-trimmed door panels that are a little more factory-looking than some of Toyota's early stuff. And, of course, you get the cool folding side-facing rear seats that can carry another four passengers or a ton of cargo. The oversized steering wheel is authentic and the gauges are recent VDO dials that keep an eye on the strong-running V8 under the hood. No radio, no A/C, no power windows, but that isn't the point here, is it? Instead you get a clean look and low maintenance. A fair trade.

The original six is gone, replaced by 350 cubic inches of Chevy crate motor. It's a neat fit in the FJ40, and when fitted with fuel injection, it's the ideal partner for crawling through the rough stuff. Painted black and white to match the bodywork, it almost looks factory, don't you think? The original air cleaner up top is certainly a nice touch. There's a giant radiator up front that keeps it cool easily and all the hardware is new, from the power steering to the alternator to the 4-wheel disc brakes. There's a TH350 3-speed automatic transmission tucked up under the skid plate, which is flanked by a pair of Flowmasters, so this one sounds unique, that's for sure! Original axles at both ends don't seem to mind the Chevy's added torque and none of the Toyota's original off-roading abilities have been compromised in the conversion. It's just faster and more powerful. Big 285/75/16 Toyo off-road radials have been installed, wrapped around a set of black powdercoated steel wheels that add to the butch look.

Just as capable as ever, but with more power and speed, this is the FJ you could drive every day and which will become your go-to machine when the going gets tough. Call today! 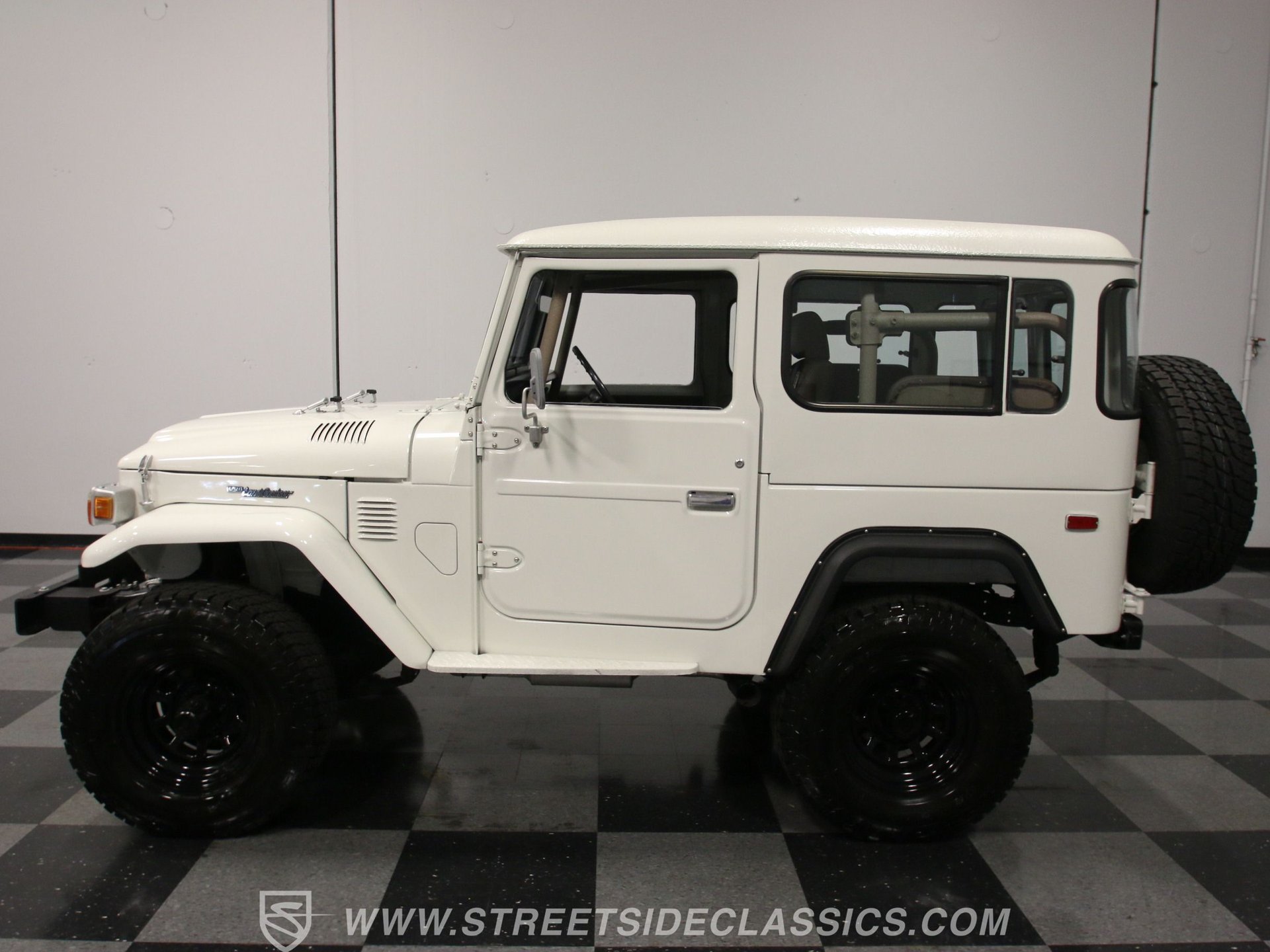