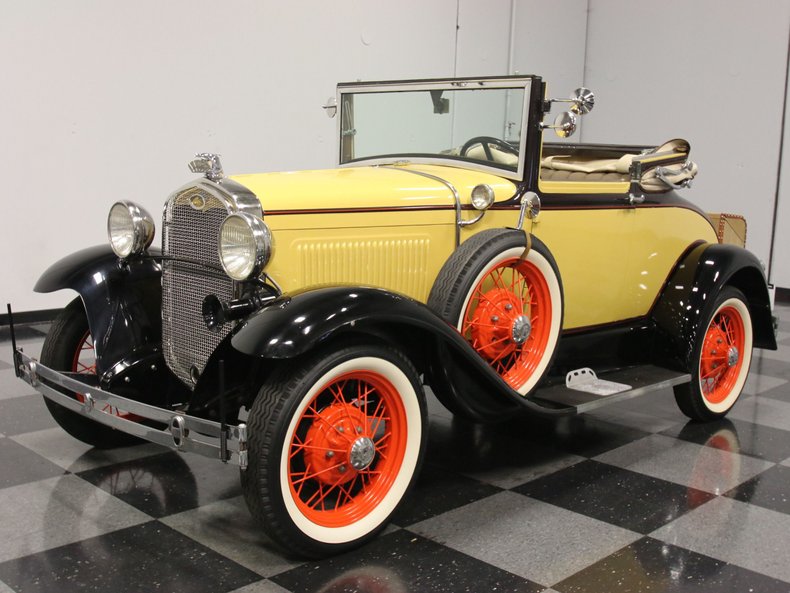 There were literally dozens of different bodies available on the Model A Ford chassis, but one of the most desirable has to be the cabriolet. Cars like this 1931 Ford cabrio offer the sportiness of an open car with the all-weather comfort of a closed car and was one of the most expensive Model As of the period.

The straight windshield identifies this as a model 68B, and it's been painted in traditional Bronson Yellow, which was a cabriolet-only color in 1931. Restored in the 1970s, this is the kind of A you want if you love to tour. The paint has held up remarkably well with only minor signs of age and no issues that need attention. There's a soft shine to the paint and the metal underneath is pure Henry Ford; no fiberglass here. The contrasting black beltline and orange pinstripe make this Model A look far more expensive than it is, and as a top-of-the-line model, accessories like dual sidemounts, grille guard, and a rear-mounted trunk are to be expected. For touring, it's also outfitted with dual side mirrors (we don't know why there are two on the driver's side) and there's a proper Model A quail hood ornament up front. In 1931, Ford introduced "rustless steel" trim, so things like the radiator shell, headlights, and bumpers remain in outstanding shape and can be buffed up easily.

The cabriolet enjoys many of the upscale features found in closed cars, including cloth upholstery that's a lot more comfortable than the usual leatherette, plus dash moldings and carpets, none of which were available on the roadster. The rest of the controls are familiar to Model A enthusiasts, although experts will note a 1931 round speedometer instrument panel in the center of the dash. An accessory temperature gauge is fitted underneath, which is always a good idea in a vintage car, and that red switch you can see under the steering wheel is for the overdrive (more on that in a moment). The carpets and upholstery were done when the car was restored, so they're showing a little age but if you're going to go driving, leave them as they are and just have fun. The rumble seat is properly trimmed in brown leatherette and the folding top remains in excellent condition overall.

The Model A's familiar 200 cubic inch inline-four is all about torque, moving the cabrio with genuine gusto. This one was rebuilt and runs superbly with a familiar Model A soundtrack and a bouncy, energetic feel. Upgrades include an alternator for the electrical system (which also provides brighter headlights), a 1939 Ford transmission with synchromesh, as well as the aforementioned overdrive. A popular upgrade for Model As, the overdrive extends the car's usable performance quite a bit, making it comfortable at 55 MPH without being a rolling road block. All the running gear is nicely finished and looks mostly correct, and even with years of touring under its belt, it still looks great with no glaring issues that would stop you from joining the next Glidden Tour. Bright orange wire wheels carry correct 19-inch whitewalls, which always look right on the bright cabriolets.

This Model A is ideally configured for touring and it's in exactly the right condition to enjoy without worries. Being one of the most desirable and valuable body styles only helps. Call today! 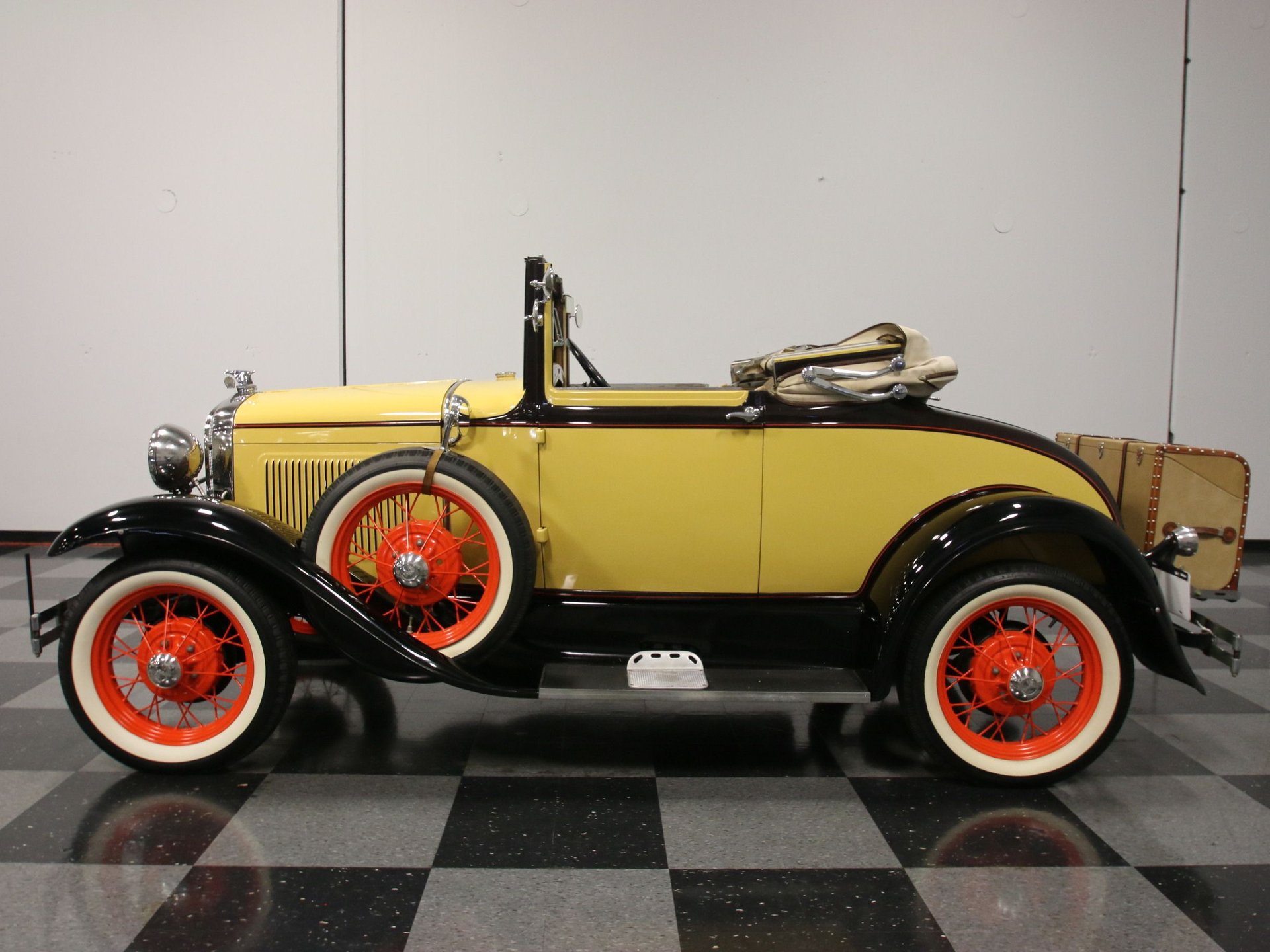