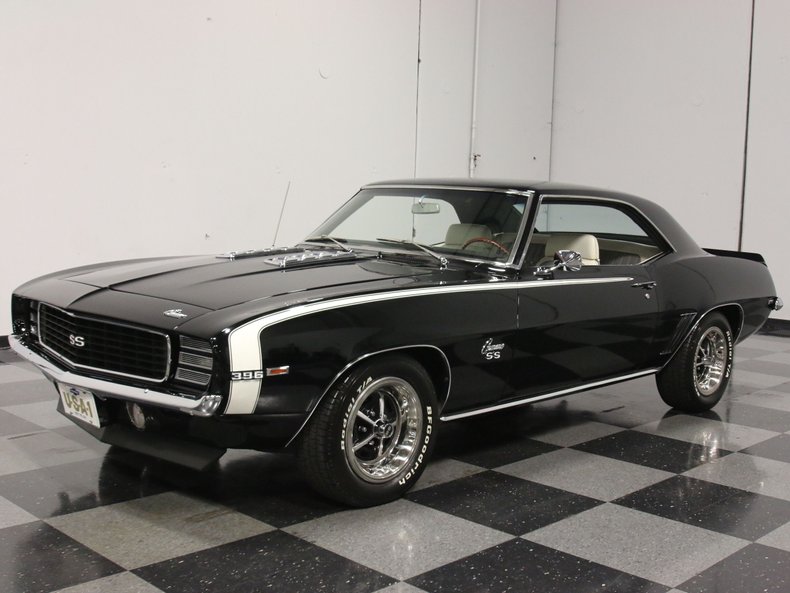 The cars you want to own are those that someone restored for themselves as keepers. Then, for reasons that are beyond their control, the cars have to be sold and you have an opportunity to pick up a car that's way beyond nice, cars like this slick 1969 Chevrolet Camaro RS/SS in nasty basic black. Finished as a "keeper" it's now on the market priced way below the cost of restoration.

You can keep your Hugger Orange Camaros, I like black because it makes this alpha predator look as sinister as it actually is. It's also especially cool on a fully-loaded top-of-the-line SS396 like this, which was both fast and sophisticated, fully illustrating how a car could be custom-tailored by using the extensive options list. This is a code X22 which is evidence that it's a real-deal SS396 and by adding the RS equipment group, the car looks especially sleek thanks to the hidden headlights (which are now opened by Detroit Speed electric motors) and stock-style hood with chrome inserts. The paint quality is outstanding (remember that this one was built to be someone's special car forever), and they chose the early style white SS hockey stick stripes just to make it stand out. It's beautifully finished with chrome bumpers, gill inserts on the quarters, optional bright wheel arch moldings, and correct emblems throughout. If you're looking for a great-looking machine, they don't come much nicer than this.

In the '60s, there weren't many fabrics that were more stylish than houndstooth, and with fresh white seat covers wrapped around factory buckets, the interior is every bit as sophisticated as you'd expect. But it's an iron fist wrapped in a silk glove, because there's a Muncie 4-speed and full instrumentation that includes a tach, clock, and auxiliary gauges, all of which are fully functional. The faux woodgrain helps warm up the interior and adds an upscale flavor to this particular Camaro. There's an updated AM/FM radio in the dash and it powers a set of new speakers in the kick panels and out back on the package shelf, so entertainment is pretty darned good. It's possible that the arm rests are original because they're showing a bit of age, but that's a pretty small nit to pick in an otherwise first-rate interior. The trunk is highly detailed, with a new mat, full-sized spare, and a jack assembly.

The L78 396/375 was the nastiest of the '69 Camaro engines (with the exception of the 427 COPOs, of course), but it's the ideal blend of reasonable street manners and savage power. A willingness to rev is its real calling card, and with a rev-happy mechanical cam, this one pulls like a freight train. Fully rebuilt and highly detailed, starting with an aluminum intake manifold and QuickFuel 4-barrel carburetor, correct open-element air cleaner, and Chevy Orange paint, along with an HEI ignition system to light it up. Chrome valve covers were part of the deal and the little stuff is correct, from the fasteners to the hose clamps. Long-tube headers feed a mellow dual exhaust system that lets the L78 speak for itself and the chassis is highly detailed with correct markings and zero evidence of past issues. 15-inch SS wheels now wear 225/60/1 BFGoodrich T/A radials that look right.

This is a flat-out awesome Camaro that's nicely documented with restoration receipts and finished to an exceptional standard. If you like the dichotomous nature of this luxurious SS/RS, call today! 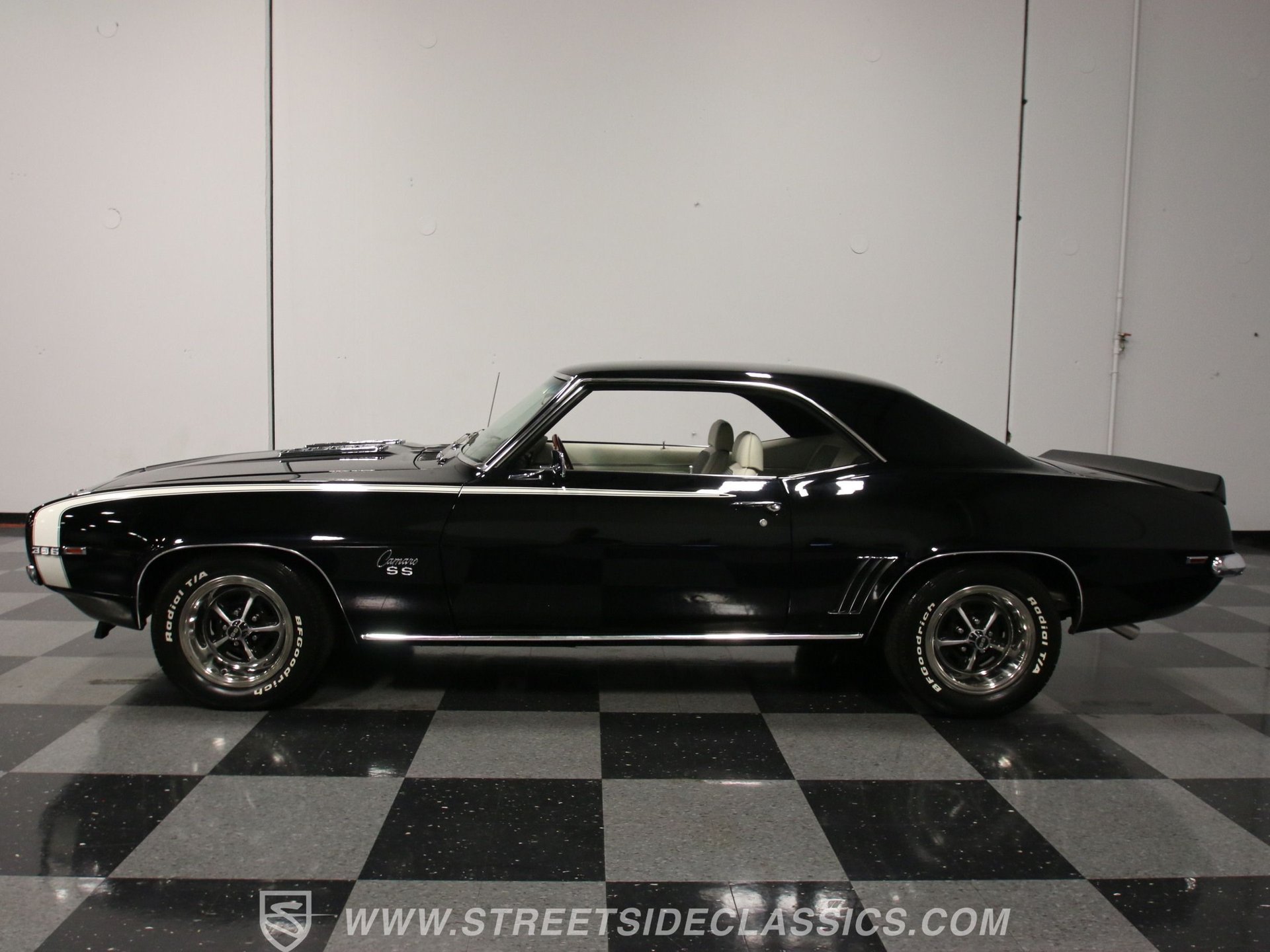