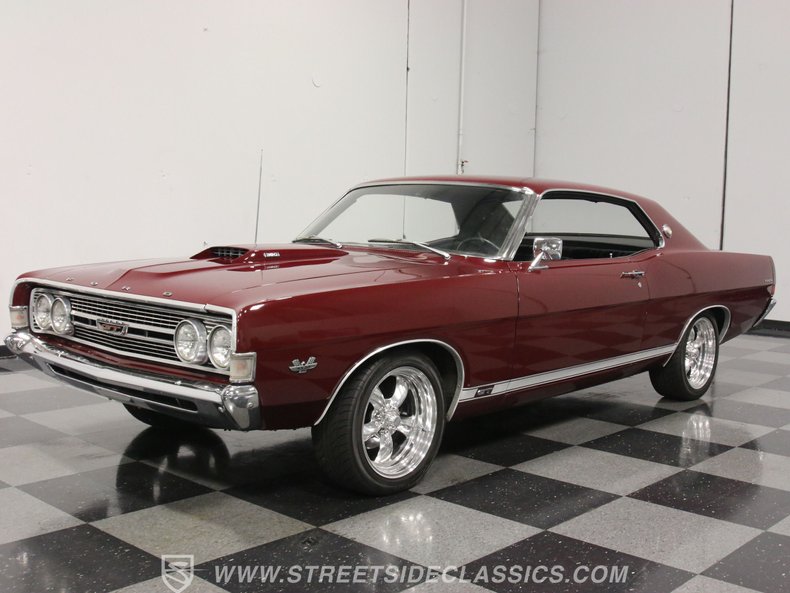 Fresh off the big ovals, the 1968 Ford Torino GT was the blue oval's weapon of choice to battle the Chevy Chevelle. This is a genuine S-code 390/4-speed car that looks ready for combat on the streets, but may also be right at home on the show field.

The Torino was the top-of-the-line Fairlane in 1968, and the longer, lower, wider bodywork emphasized the new-found appreciation for aerodynamics on the NASCAR ovals. Those cars were the familiar fastback, but this formal-looking hardtop offers a more formal roofline and a compelling hi-po look. The paint and bodywork were restored not too long ago, and the fellow doing the work was doing it because he intended to keep this car forever, so you know he went the extra mile. Fit and finish are quite good, and the code B Royal Maroon is a deceptive one for the potent muscle car. All the chrome is brightly restored, and the unique Torino grille looks like an immaculately preserved original piece. A hood scoop suggests that this car means business and it has correct white stripes and GT emblems on the rocker panels, which was Ford's way of advertising big firepower under the hood.

Make no mistake, the Torino is a full-sized car with room inside for six, thanks to front and rear bench seats. And while a bench seat may seem anachronistic in a muscle car, the no-nonsense look works here the same way it does in, say, the Plymouth Super Bird and Daytona. All the upholstery is new, including the dash pad, carpets, and headliner, and the small-diameter wood wheel not only warms things up, but sharpens up steering response. Gauges are housed in individual round pods that look racy, and they all show well with bright faces and clear lenses. This one was built for one thing and one thing alone, since it's light on options save for a quick-shifting 4-speed manual transmission and power front disc brakes, which are a good idea in a full-sized car with this much power. Yes, there's an AM radio, but that's original and ensures there's not a hole in the dash. There's plenty of room in the trunk, which features a correct mat, full-sized spare tire, and jack assembly.

The top engine in the Torino was the S-code 390, which came with a 4-barrel carburetor and grunted out a very impressive 325 horsepower. And while it's impossible to determine matching numbers in the traditional sense with a Ford, this one definitely has the right period look. It has been recently rebuilt to stock specs, and with that gorgeous coat of Ford Blue paint, looks showroom new, if not better. A finned air cleaner assembly with matching aluminum valve covers, and proper ancillary components suggest that someone really cared about the '60s performance look and didn't just grab the first shiny parts he saw in the catalog. It's a very strong runner, pulling the big hardtop around with ease, particularly with the 4-speed manual gearbox and 3.91 gears out back. Underneath, it's quite solid and original-looking, although the Flowmaster exhaust system is new. Handsome polished Torque Thrust wheels are a period perfect choice, now wearing decidedly modern 245/45/17 performance radials that give it a brutal look.

If you're a Ford lover and want something a little out of the ordinary that isn't a Mustang, perhaps a Torino GT is what you're seeking. Call today! 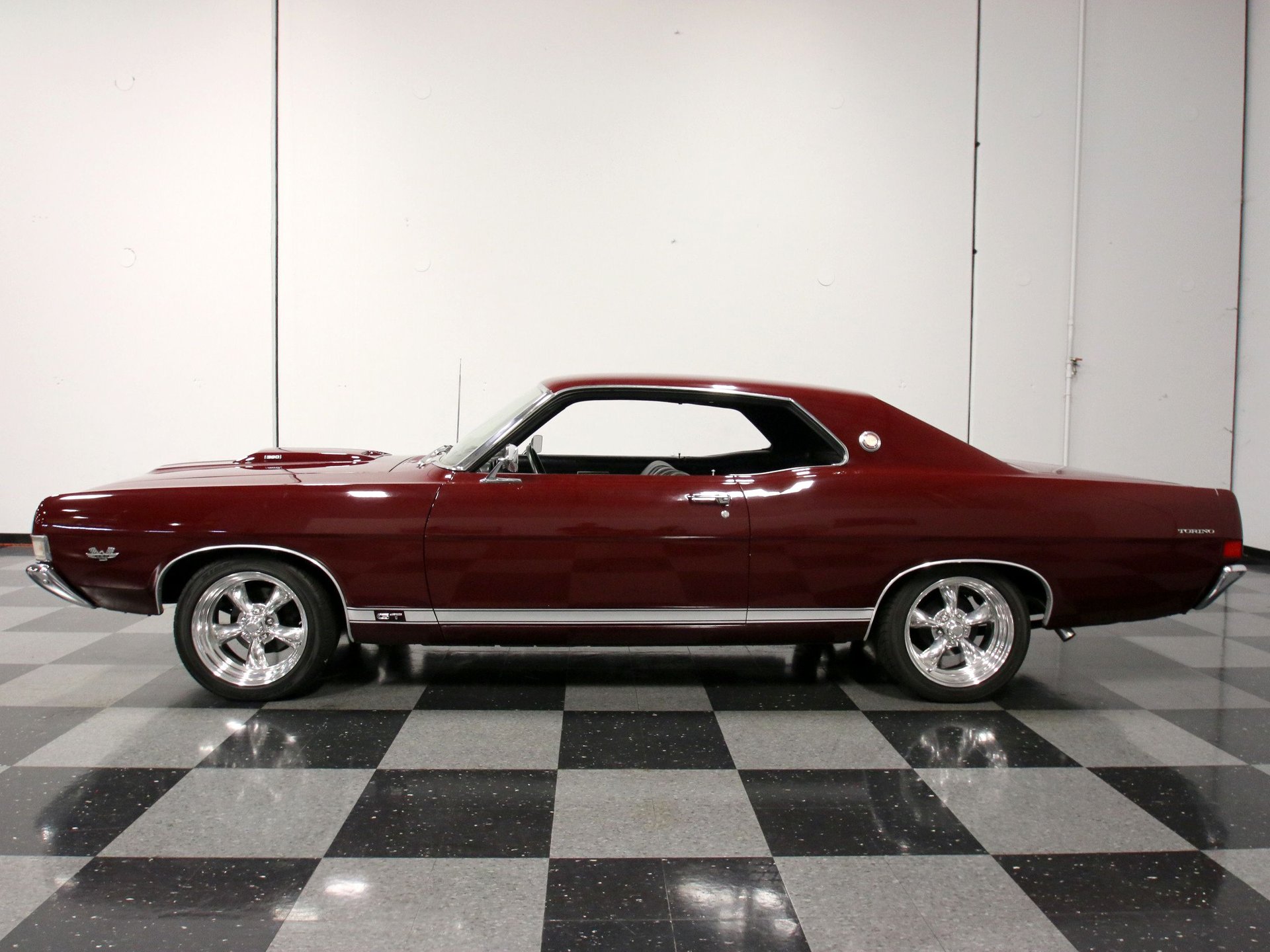