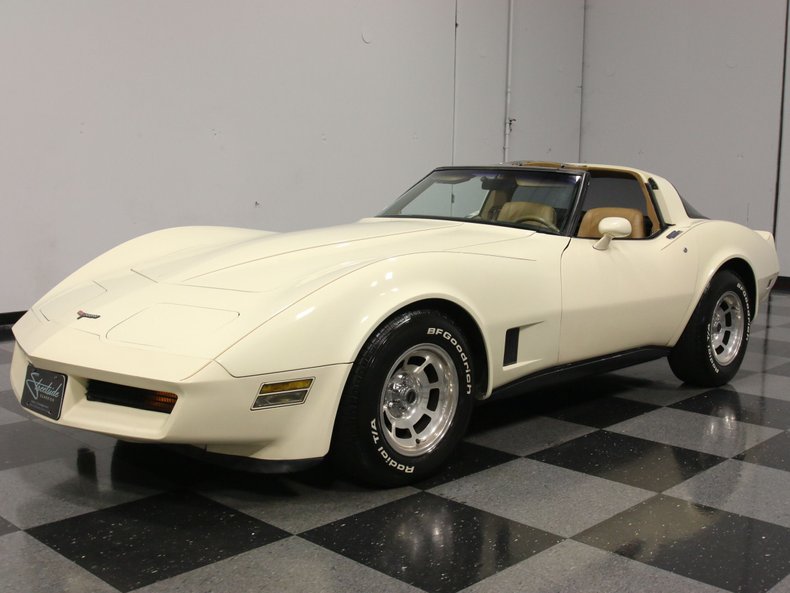 You might glance at this 1981 Corvette and figure that it's been repainted, but I assure you that it's wearing factory-correct paint. The next thing you need to know is that just about everything on it is original, and it has been so meticulously maintained that even the A/C still blows cold.

That's right, the earth-tone colors that were all the rage in the early '80s included the code 59 Beige shown here. Second only to Black and White that year, it speaks to the era in which it was built and if you like your Corvettes subtle, this is a great choice. I suppose that low-key color is why it has enjoyed such an easy life and why its previous owners have maintained it to such a high level. It sure looks like every square inch is still the paint applied at the factory (both St. Louis and Bowling Green were building Corvettes in 1981). It isn't perfect, of course, and shows plenty of patina, but it's nice to see that nobody felt the need to change the color to suite personal tastes. The Beige paint also tolerates factory specs pretty well and hides the "authentic" mistakes, yet you'll be pleasantly surprised by how well this one fits together. There are modest signs of use, but certainly nothing requiring attention; just keep it clean and shiny and enter it in some survivor-class judging and you'll be pleased with the results.

The Saddle interior is all original, too, and with just enough character to make it inviting. The seats are still comfortable and supportive, and the upholstery is supple without splits or tears, so you can enjoy it without a second thought. As I said, the A/C is nice and cold thanks to good old R12 refrigerant inside and in 1981 the flagship Corvette included just about every power accessory you could want, including power windows and locks, cruise control, a power driver's seat, and a tilt/telescope column with a leather-wrapped wheel. The T-tops seal up well and include locks and fit neatly under the hatch. That is an aftermarket AM/FM/cassette stereo still in the dash, a cutting-edge piece of entertainment equipment three decades ago (has it been that long already?), and seemingly appropriate for the vintage 'Vette. And with tinted windows, it has a clean, chiseled look that still works well.

There were no optional engines in 1981, all Corvettes got a torquey L81 small block that was rated at 190 horsepower. A 4-barrel carb keeps it reliable and it's reassuring to know that this 350 is only just now getting broken in, despite three decades of use. It starts quickly and easily, runs beautifully, and has a fantastic V8 exhaust note that makes every drive an exciting one. It's almost all original under the hood, save for a few satin black Edelbrock trim pieces and routine maintenance items, which is always a good sign on easily-modified high-performance cars. It's backed by a 3-speed automatic transmission with a lockup torque converter for improved efficiency the exhaust system has been modified to remove the catalytic converter, surely freeing up some horsepower. Original chassis don't come much cleaner than this, and even the bright polished alloys show zero curb rash and wear 225/70/15 BFGoodrich T/A radials that fit right.

For the Corvette fan who cherishes originality and the unusual, this C3 has a lot to offer that's beyond the run-of-the-mill 'Vette. Call today! 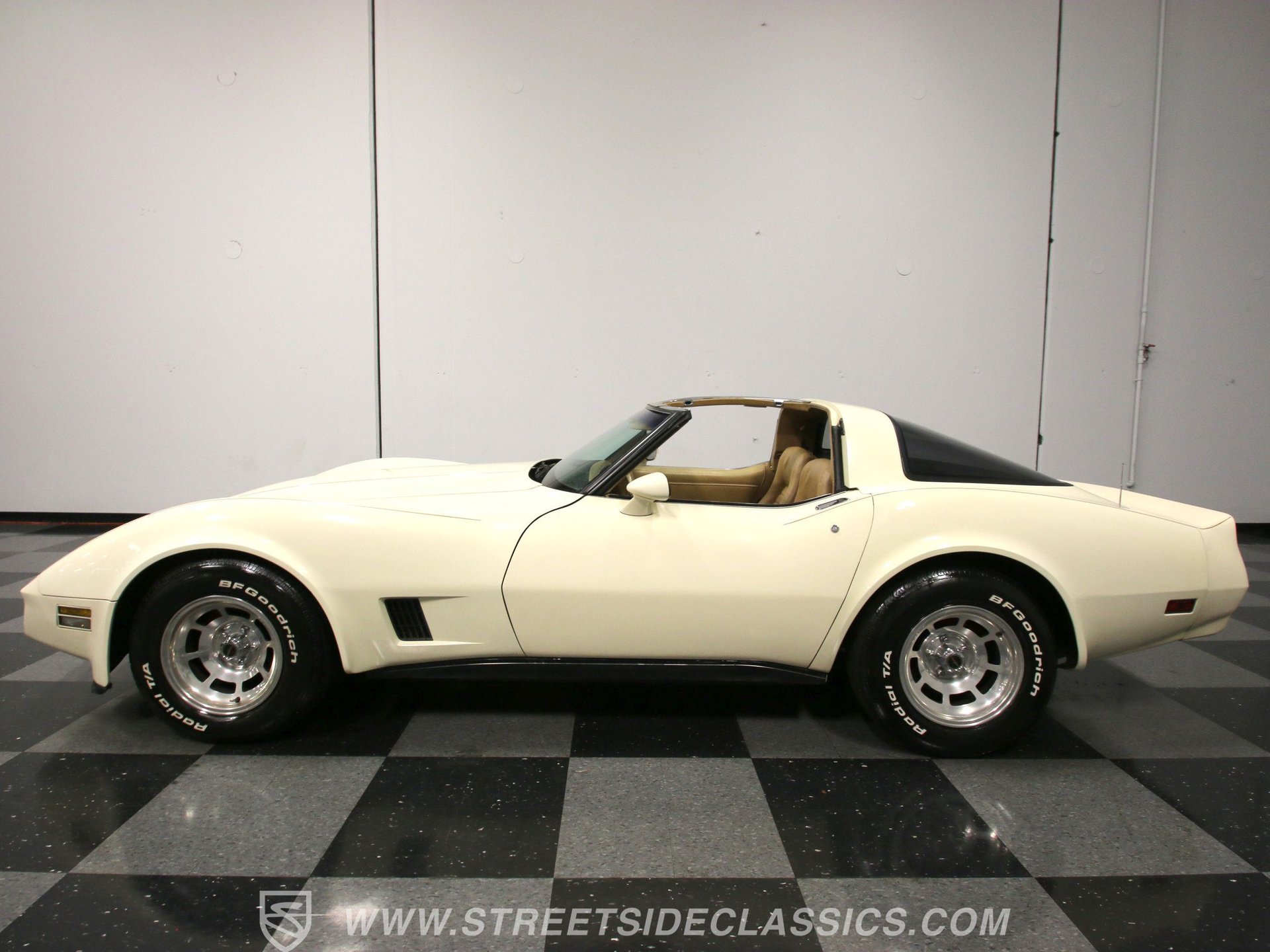