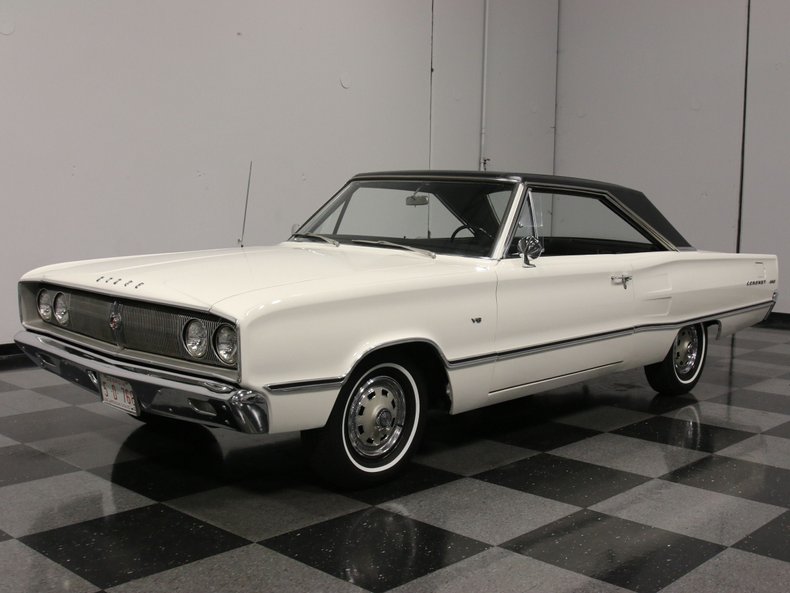 With just two owners from new, this super-clean 1967 Dodge Coronet hardtop would make an awesome summertime toy for any Mopar enthusiast. Sporting what appears to be an all-original interior, clean bodywork, and a smooth 273 cubic inch V8 under the hood, it's a cool cruiser that won't break the bank.

With a soft gloss, the code W White paint looks ideal on the long Coronet's angular bodywork. It has been repainted once and they did a rather good job of it, but it wasn't ever intended to be a show car. There are a few chips here and there indicative of its age, but overall, the presentation is impressive. Super straight body panels show crisp details and good panel alignment that further reinforce the suggestion that this car has never been apart or in an accident. A lot of folks really like the sharply folded lines of the mid-60s Chryslers, and the slick cantilevered roofline is instantly identifiable from a mile away, especially with a black vinyl covering as on this sleek hardtop. Things like the fine grille, the chrome bumpers, and the polished stainless strip along the body are further evidence of this car's easy life, and it sure looks like all the glass is original. Correct badges and the satin silver tail panel insert are in excellent condition, making this the kind of car that brings a smile to your face when you see it.

The all-original black bench seat interior proves once again that the Chrysler stylists were at the top of their game in the '60s, and even the base bench seat got detailing on the backrests that makes it look far more upscale than its price tag would suggest. There's a dashboard full of real gauges, not idiot lights, and a slender steering wheel that allows you to guide the car with little more than your fingertips. Mopar experts will note that this car has A/C and it's fully functional, still using R12 refrigerant inside. Black carpets might be new, since they're so nice it's hard to believe they've got five decades on them, and the original door panels show some light aging but zero damage. The original Music Master AM radio remains in the dash and it, too, is fully functional. In back, the massive trunk offers enough storage for an army, as well as a recent and correct mat with the spare tire stashed underneath.

A period-correct 273 cubic inch V8 remains under the hood, and it still looks pretty original. It's not detailed for show, but the air cleaner has been repainted to match what appear to be the original red valve covers, which dress up the engine a bit. The big A/C compressor dominates the engine bay, but all the hoses and clamps are recent, as is the master cylinder, so you know it's been properly maintained. It's impossibly smooth the way only '60s Mopars seem to be and despite its small size, it makes good torque that moves the Coronet with ease. A Torqueflite 3-speed automatic transmission channels thrust to an 8.75-inch rear and a single exhaust pipe gives it a nice V8 burble and reinforces the torque curve. Standard steel wheels with color-matched hubcaps look suitably low-key and wear 205/75/14 whitewall radials.

This neat Coronet also comes with its original warranty card, maintenance records, and owner's manual. Clean, simple, and honest, this Coronet is a great way to get into the hobby for not a lot of money. Call today! 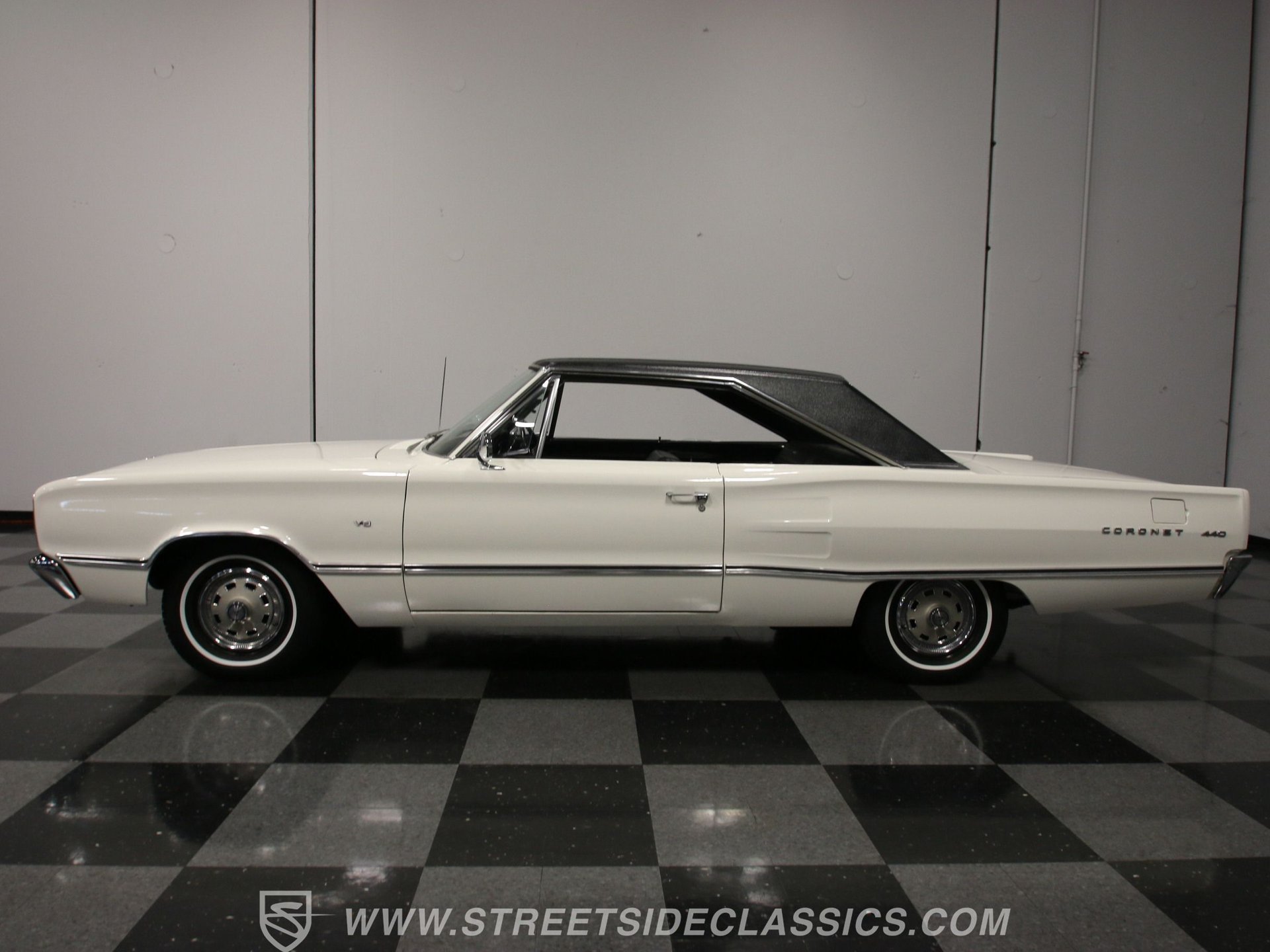