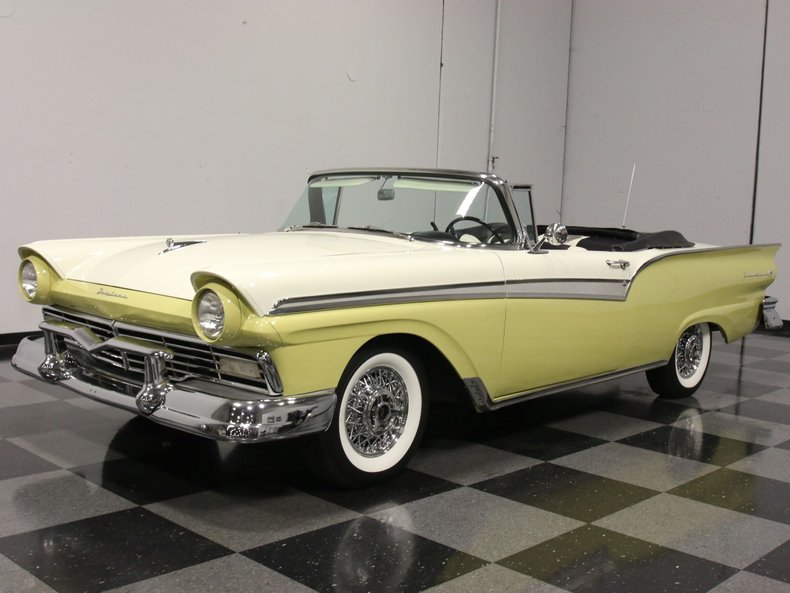 I suppose you could call this gorgeous 1957 Ford Fairlane convertible a resto-mod, since it's powered by a later 302 cubic inch V8, but I don't think anyone will complain after they see the incredible build quality. And despite large production numbers, '57 Fords are still far more scarce than their Chevy competitors, making this the car to own for the Ford guy in love with the '50s.

The two-tone paint job, consisting of Colonial White over Inca Gold, makes this incredible Ford look about as long as a city block. Dramatic styling was the Ford's biggest virtue, and with the cut-outs around the fenders and faired-in tailfins, it looks like nothing else on the road. Finish quality is exemplary in every way with expert attention to detail, precise gaps, and a finish that's deep enough to use as a mirror. We always avoid using the word "perfect" when describing cars, but this one stands out in our showroom simply because of its quality; it's simply stunning. And as a product of the fabulous '50s, there's a ton of chrome, all of which was professionally restored to show standards, a project that probably cost more than a new Hyundai, and it glitters against the two-tone paint. Ford's familiar jet-inspired taillights look great on the Fairlane and it proudly advertises that this is a top-of-the-line Fairlane 500 with crisp script on each quarter panel.

A glance inside this ragtop reveals very little about the modifications underneath, using correct black and white upholstery that's a smart contrast to the yellow bodywork. There are almost no signs of use, the seams are straight enough to have been made with a ruler, and the new carpets haven't been faded by the sun, remarkable in a convertible like this. The original gauges have been restored, as has the oversized steering wheel, and you'll note a set of auxiliary dials under the centrally-mounted A/C unit. There's also a newer AM/FM/cassette stereo that fits neatly in the center of the dash, but again, you really have to look for the upgrades, a testament to the quality of the build. A white power convertible top fits beautifully and includes a crystal clear rear window that doesn't even show a crease mark. It all stashes under a matching black vinyl boot. The massive trunk is nicely appointed, including a correct mat as well as a full-sized spare tire with jack assembly.

Swing the forward-hinged hood open and you'll find a neatly disguised 302 cubic inch V8 that delivers more power than the original Y-block without altering the car's basic character. With a big Ford Blue air cleaner, a lot of folks wouldn't even notice that a change has taken place, especially with the big A/C compressor dominating the top of the engine bay. Of course, the Ford Motorsport finned valve covers might give it away, but that's easy to remedy if you want to really keep a low profile. You'll also note upgrades such as a modern dual master cylinder with power assist and an alternator to keep it charged up. A Holley 4-barrel carburetor and dual exhaust give it a bit more power and a traditional performance sound and the automatic transmission goes about its business without making a fuss. The very clean chassis is otherwise quite authentic, so it rides and handles like a 1957 Ford should and it sits on gorgeous chrome wire wheels with recent 215/75/14 Coker wide whitewall radials.

Beautifully finished, fully functional, and rather rare, this incredible Ford represents the very best combination of restoration and modification to create a car you'll look forward to driving as often as possible. Call now! 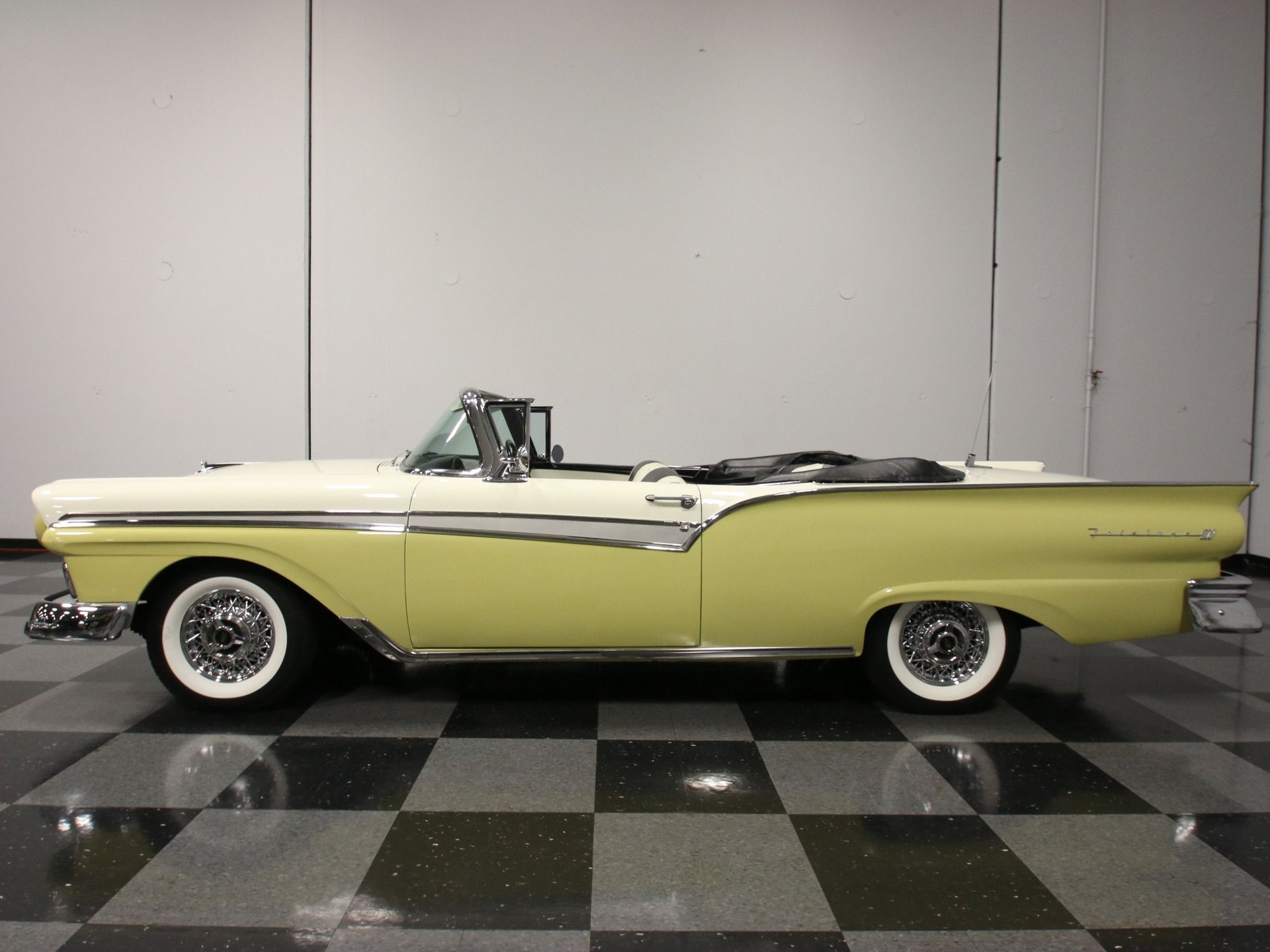