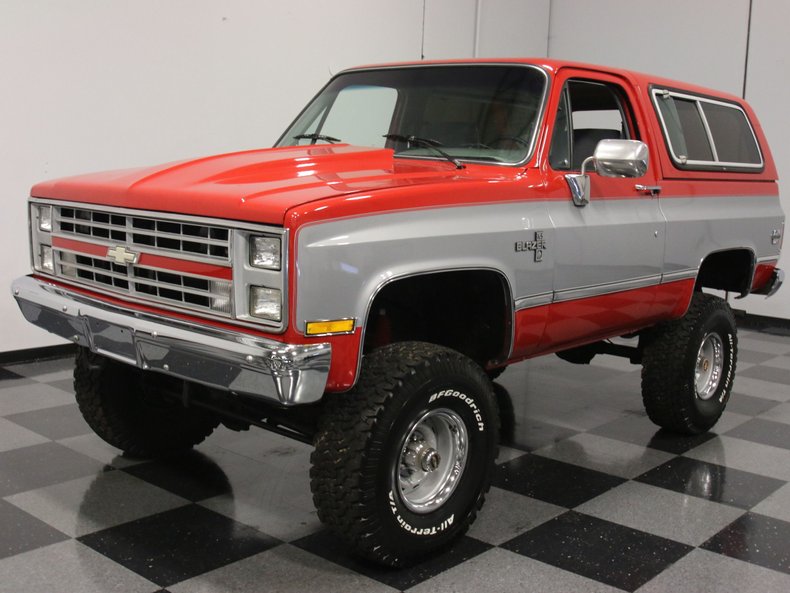 With today's focus on "crossovers" and "mini-utes," it's easy to forget what a real man's 4x4 should look like. This 1985 Chevy K5 Blazer, with all its square-jawed ruggedness, massive off-road rolling stock, and a burly V8, remains a first-class ride both on pavement and off.

Hard to believe this was the small 4x4 back in the '80s, but if you wanted a truck that could pretty much do it all, the Blazer was your best choice. It's also quite remarkable that someone gave this incredible red and silver Blazer a comprehensive restoration, equipped it to go into the most remote areas imaginable, then made it absolutely beautiful. The paint is extremely nice with a contemporary red and silver color combination that works well on the big SUV. It's highly unlikely that this truck was one of those rusty beaters you see all the time, because with sheetmetal this straight it had to be good or else someone spent five times the asking price to make it so. Whatever the story is, this sucker looks amazing in the flesh and carries an air of sophistication that belies its working-class origins. All the bright trim was reinstalled after the paint was dry, and up front there's a cowl-induction hood just to add the right amount of attitude. Nice chrome bumpers, proper Sliverado emblems, and lots of polished stainless steel give it a very finished look. You want a nice one, well they don't come much nicer than this.

The handsome gray cloth interior is also in excellent condition, offering what appear to be new seat covers and carpets, which complement some very nice original door panels and a dash pad that hasn't been baked by the sun. The original gauges are in the dash, because this truck hasn't been extensively altered from original spec inside, still sporting the original radio, steering wheel, and a long list of factory options. Power windows and locks, a tilt wheel, a center console, and cold A/C make this Blazer as much luxury vehicle as trail-blazer and if you really want to attract attention, try making this your daily driver! If there's any demerit, it's that the window switches are upside-down, but that's an easy fix that'll take less than an hour to fix once you get it home. There's also a massive cargo area that's fully upholstered and offers enough room for all your gear on a weekend getaway.

There's still a small block Chevy under the hood, but this one is fortified with an Edelbrock 4-barrel carburetor and open-element air cleaner to help move those oversized tires. As many OEM parts as possible were retained, including the serpentine accessory drive, and it appears that much of the A/C system has been recently rebuilt. The engine itself was powdercoated black, so it's easy to maintain and looks good and it runs like a small block Chevy should. There's an automatic transmission driving a two-speed transfer case with the stock 10-bolt rear end housing 3.08 gears, so it's great on the highway. The suspension is a Skyjacker setup featuring new Hydro 700 shocks, springs, and other hardware. And with that lifted suspension, the only way to fill those wheel wells is with massive 35x12.50-15 BFGoodrich all-terrain tires on factory Rally wheels.

Probably way too nice to bash around in the dirt, this Blazer is still ready, willing, and able. Are you up to it? Call today! 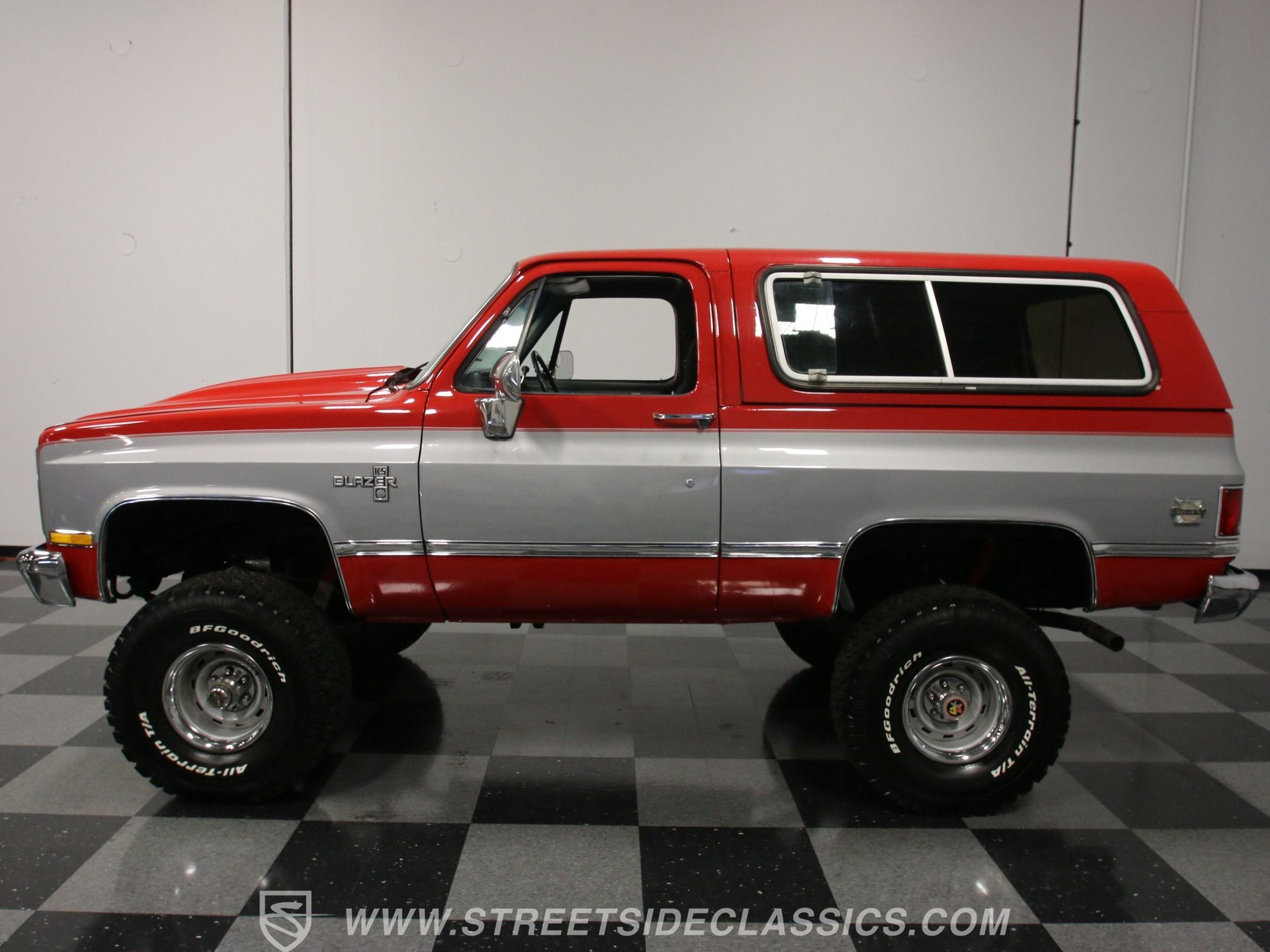