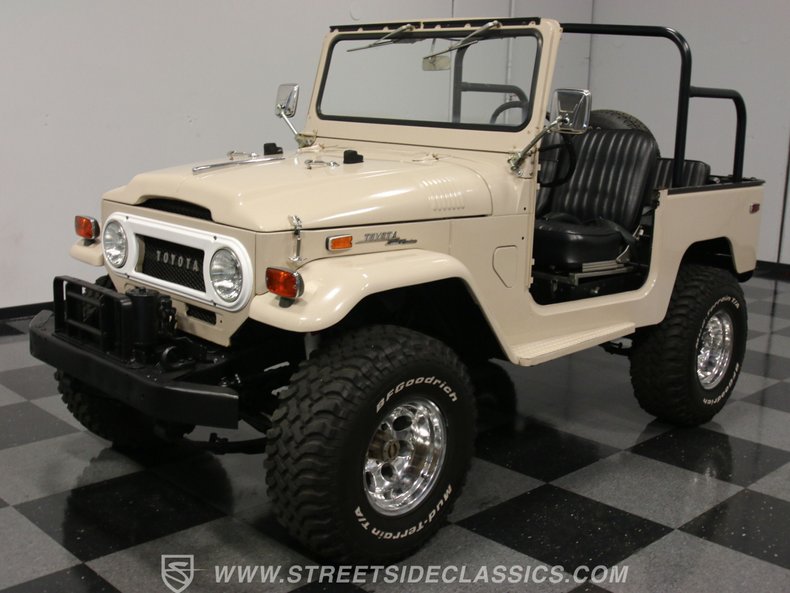 If America's favorite off-roader is the Jeep, then Japan's is the Toyota FJ. But this Japanese-American hybrid 1970 Land Cruiser successfully crosses the Pacific with its box-shaped bodywork that's instantly identifiable on six of the seven continents, plus an equally famous Chevy small block V8. This FJ was built to climb any mountain, conquer any road, and leave a smile on the face of everyone it encounters.

It's hard to call the FJ "styled" because it's simply the bare minimum required to carry people and gear to inhospitable places. However, that's it's appeal, a go-anywhere, do-anything kind of vehicle that has become iconic with its abilities. The familiar desert tan paint is like a uniform for these trucks, and when combined with the proper off-road gear and oversized rolling stock, it looks flat-out awesome. Fit and finish is great on this tough off-roader, with shiny paint and Toyota build quality that you can still feel when you hit the trails. The body is quite solid with no issues in the usual places, and the truck obviously hasn't been beaten to death on the trails. There's a heavy-duty bumper/winch combo up front ostensibly designed to push large objects out of its way, as well as winch to pull you out of tight spots. Out back there's a massive full-size spare spare tire and correct M/T rim, some cool little taillights, and a 3-way tailgate.

The interior is about as to-the-point as you'd expect, with wide, comfortable front bucket seats and a simple bench in back. Sure, all the hard panels like the dashboard are painted to match the body but it's easy to get comfortable in there for long hauls along the trail. For durability, the floors have been treated to a spray-on bedliner and the roll bar behind the seats is also part of the roof's support structure. All the controls save for perhaps the shifter are original Toyota, including the big steering wheel that makes it easy to put the front wheels exactly where you want them. The factory gauges are still in place, too, augmented by a white-faced oil pressure gauge under the dash that is more compatible with the Chevy V8 up front. The shifter manages the 4-speed manual gearbox underneath and it's neatly integrated into the interior, with the shifter for the 2-speed transfer case right next to it. And yes, you do get a full soft top and doors, just in case of inclement weather.

A few years ago when this FJ was fully restored, the original inline-six was yanked and a crate 350 cubic inch Chevy V8 went into its place under the hood. The swap is not unusual, and the quality of the work means that this off-roader is still just as reliable as it was originally but with about twice the horsepower. Clearly a lot of thought went into the installation, as the alternator is mounted up high and out of harm's way, the reservoirs for the hydraulic clutch and master cylinder are likewise where they'll stay dry, and Wilwood four-wheel disc brakes provide impressive stopping power. A big radiator will keep things under control even during low-speed climbs and service access is still quite good. Underneath, it's still mostly Toyota, with original axles fore and aft suspended on a 2-inch lift that looks awesome and adds ground clearance. A custom exhaust system uses twin Flowmasters out back for a distinctive sound and you can see that the floors are in great shape. Shiny aluminum Mickey Thompson wheels carry giant 35x12.5-15 BFGoodrich off-road radials that look like they could climb Everest.

Go ahead, take this one out and tear up some dirt, or some pavement, it won't mind. Icons are like that, and with 350 V8 power matted to a 4-speed, you'll always be the first to the top of the hill. With this one priced well-below it's market counterparts, it won't be with us too long. Hurry and call today! 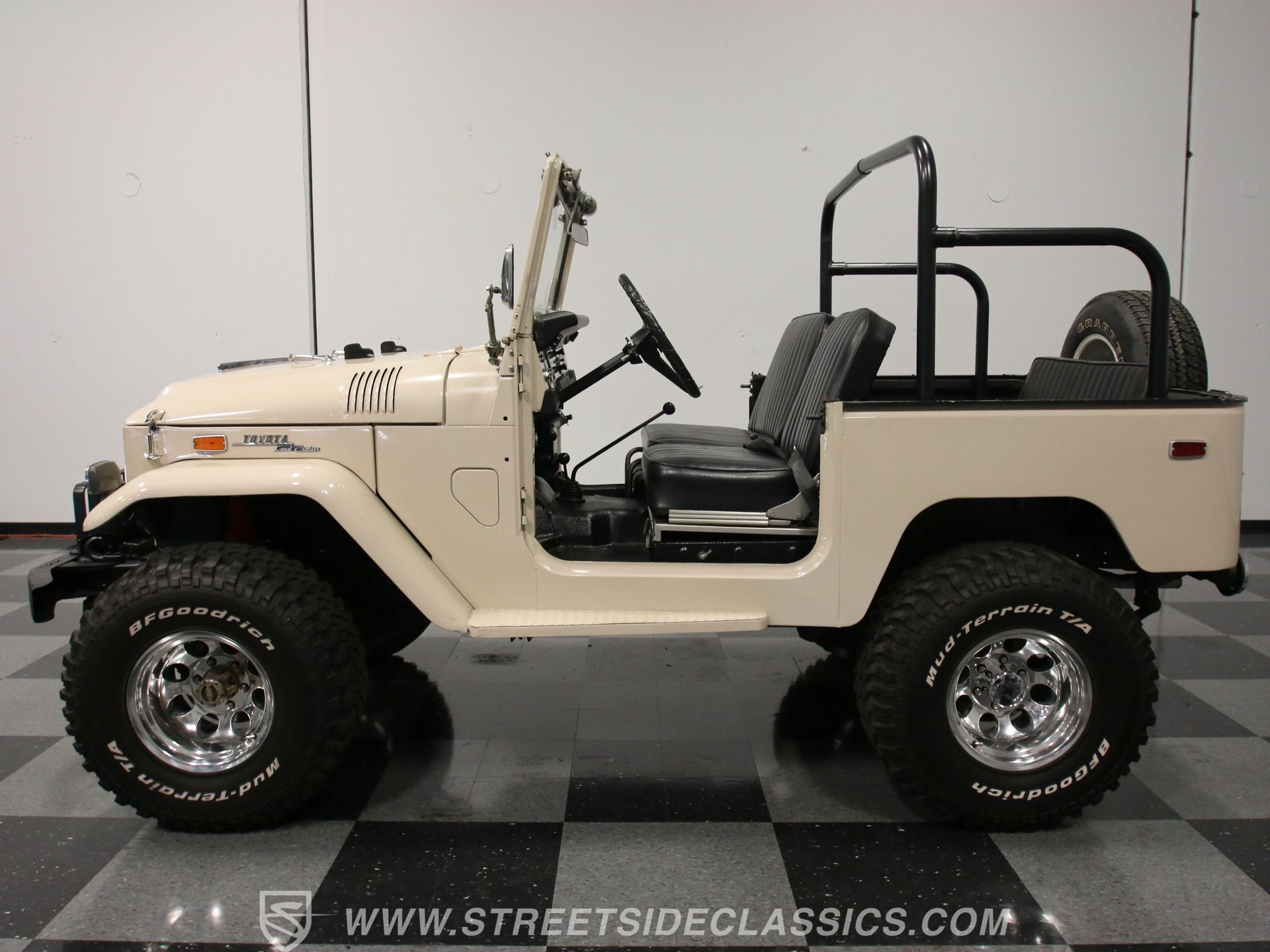