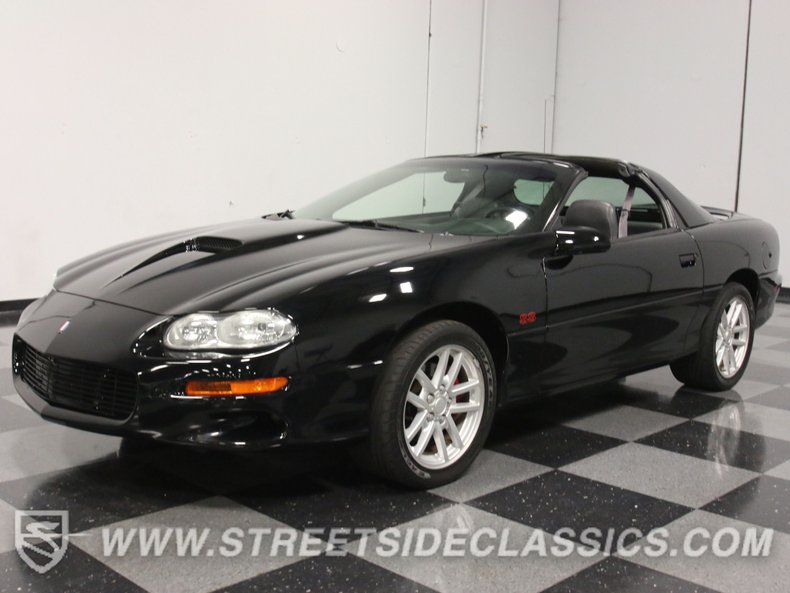 In terms of bang for your buck, cars like this ultra-clean black-on-black 2001 Chevrolet Camaro Z/28 are pretty hard to top. LS1 power, totally stock, and beautifully preserved, this car is either a trip back in time for you or the perfect blank canvas for something truly awesome.

The fourth-generation Camaro aged gracefully, and by the time the 2001 models hit the streets, it had become more than just a brash muscle car. The smooth headlights and big grille opening were reminiscent of the early second-gen cars and with a hood scoop and neatly integrated wing, it looked fast without having to do any loud advertising. Wrapped in factory-applied black paint, this one is shockingly well-preserved and shows just 65,181 original miles. These were always about affordable performance, which is why so many were used, abused, used up, and then thrown away, and finding one this clean and unmolested is a rather rare thing. It's clearly been loved, with a glossy finish showing only minor swirl marks from years of cleaning and waxing and zero evidence of accident damage. Fit and finish on the largely plastic bodywork was quite good by GM standards and this car still feels solid and tight going down the road 15 years later.

The interior was highly functional, with supportive black leather buckets that held you in place without being restrictive. All the right equipment makes this Camaro feel luxurious, from the power seats, windows, locks, and mirrors, to the highly effective A/C, to cruise control and a thundering AM/FM/CD stereo system, and it all works as it should. The leather-wrapped wheel provides controls for the stereo and the big Hurst cue ball shifter for the 6-speed manual transmission is only inches away. And as with the exterior, the interior is beautifully preserved with supple seating surfaces, a nice dash pad that hasn't been baked by the sun under that giant windshield, and carpets that still look great. The cargo area is reasonably-sized and has neat storage cubbies for your gear as well as for the lift-off T-top panels that give this Camaro the open-air experience of a convertible without the hassles.

Camaros got the same all-aluminum LS1 346 cubic inch V8 as the Corvette. GM played games with the horsepower numbers, but drag strip results prove that either the Camaro was under-rated or the Corvette was over-rated, because the F-body was very nearly as quick as its big brother. The LS1 is just as modification-friendly as its earlier small-block siblings, but this one remains remarkably stock in every way, from the air filter assembly to the exhaust manifolds. A 2.5-inch Flowmaster exhaust system was installed to uncork the LS1 and it sounds amazing and they eliminated the "skip shift" function that was one of GM's more annoying fuel-saving ideas. The engine bay is spotless, beautifully maintained, and just like the factory intended. Clutch take-up is smooth and the car drives like it's a decade younger than it is. Obviously it's never seen winter weather and it still rolls on a set of original-spec 17-inch alloys and 275/40/17 Goodyear Eagle performance radials with lots of life left in them.

Once again, you have this opportunity to grab a car that's been treated right its entire life and get ahead of the curve. It's only a matter of time before these are highly-sought collectables, so grab this one and start having fun today. Call now! 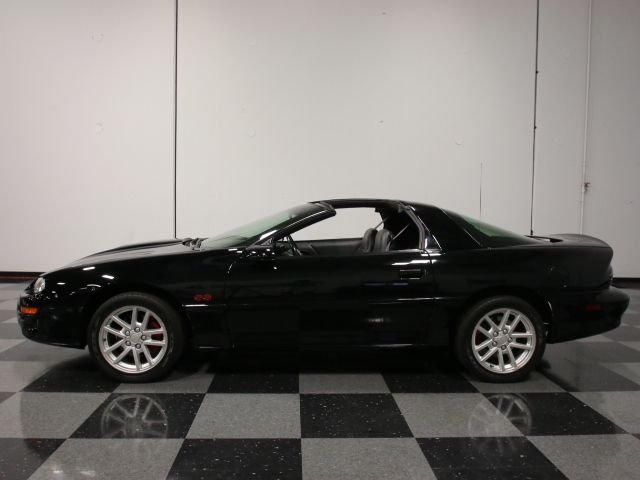