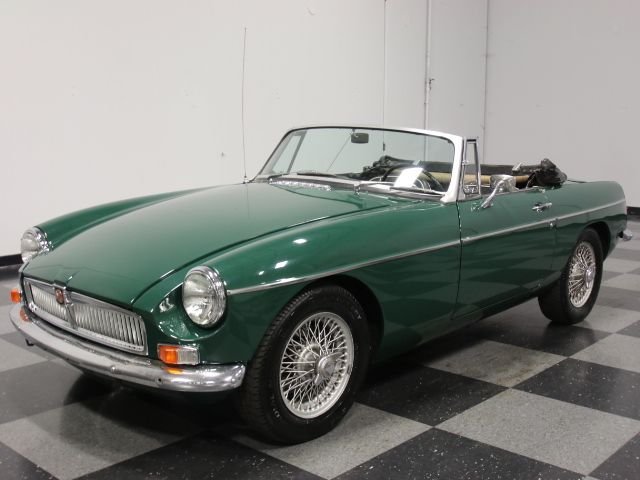 It is with great confidence that we inform you that you won't find a nicer MGB than this for such an affordable price. These cars have been steadily inching up the value chart, and if there's one to own for posterity, it's this early chrome-bumper 1968 MGB Mark II roadster with a great look that's all about fun.

First of all, it's British Racing Green. Honestly, there's just no better color for a British roadster, and fans of tradition will be pleased by the subdued hue that's more accurate than most. The classic MGB lines are evident, but without the big rubber bumpers that most of us are familiar with, it takes on a different look that gives it a much more upscale image than its price tag would suggest. This one was apparently never rusty, and the bodywork is impressively straight, suggesting a lot of work went into the restoration seven years ago; they simply weren't this nice coming out of the factory. The doors fit well, the hood lines up nicely, and the bright stainless trim along the flanks doesn't allow for any sloppy panel alignment. It's also worth noting that much of the chrome is original, which should tell you a bit about how well maintained this little roadster really is. Familiar MGB taillights are in excellent shape, and all the correct badges and emblems have been reinstalled.

If you're got British Racing Green outside, there's nothing more British than seats trimmed with contrasting piping. Those black seat covers with gray piping, the door panels, and replacement carpets all give the MGB a look that's a lot more upscale than the later models, again reinforcing the Mark II's upscale image and bargain price. Lovely Smiths gauges give it an old world flavor and all of them work properly, and the switchgear is delightfully haphazard and vague in the best British cottage industry tradition. There's a vintage radio in the center of the stack, although it's not working and is due for replacement, and the stubby shifter for the 4-speed manual transmission falls to hand easily. The banjo-style steering wheel practically begs for a set of string-backed driving gloves and the pedals are properly placed for heel-and-toe downshifts on the fly. Overhead there's a black vinyl top that you can throw back at a stop light for instant fun in the sun. And contrary to popular belief, there's a usable trunk with a full-sized spare complete with a jack assembly.

The engine is a correct 1800 cc inline-four was fully rebuilt five years ago and now wears a pair of side-draft SU carburetors. It has a rorty exhaust bark and an energetic attitude that serves the MG quite well. Combined with the 4-speed manual transmission, it's a real pleasure out on the road and cruises at modern highway speeds (and beyond!) effortlessly. The engine is wearing proper MG Red paint and a lot of shiny detail bits that have been accurately painted and plated the way the factory would have done it. A big oil cooler up front is an upgrade that helps reliability, and the exhaust system has just the right tone for sporting driving. Painted wires are the right look although they're showing their age, and an investment in fresh rolling stock would pay big dividends with this tidy little roadster.

This is another one of those cars that is surging in value, and with just a little TLC, this could be one of the very best. Call today! 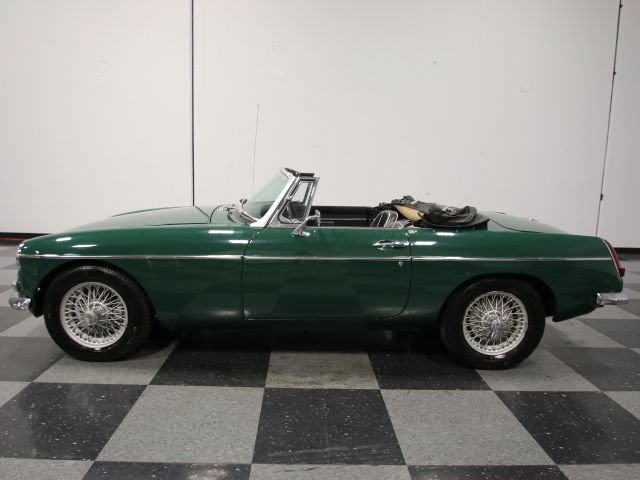