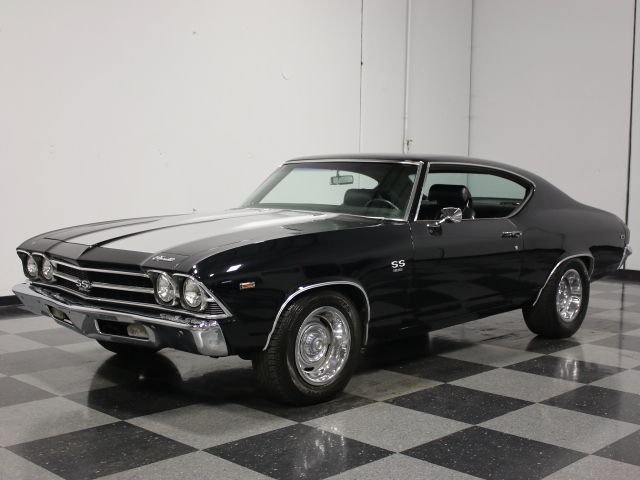 With so much emphasis on pedigrees, I think a lot of collectors are missing the point of a muscle car. Take this 1969 Chevrolet Chevelle SS396: it has a very correct look and a proper 396 engine, but that's really not the point. Instead, it's fast and beautiful, offering a host of upgrades that make it a lot more fun to drive and you don't have to worry about blowing up 30% of the car's value. It's time to buy a car you love, not merely an investment.

From all external appearances, this looks to be a real-deal SS396, although these cars can be notoriously difficult to authenticate. But on this car it doesn't really matter, as it was built for fun and in that regard it succeeds famously. During the restoration, it was torn down to the bare essentials and rebuilt from there, including a lot of fresh sheetmetal that looks spectacular today. The original color was Fathom Green (code 57) but when it was time to spray some paint, it got an inky coat of Tuxedo Black, which always looks awesome on these cars. There's no cowl-induction hood, just that clean Chevelle shape that practically defines the words "muscle car," highlighted by a set of gray SS stripes that look aggressive. Fit and finish are good enough to win appreciative glances at the local shows, and you'll never get tired of people checking you out as you hammer down the road. All the correct SS gear remained with the car when it was restored, including the grille and badges, so it looks quite authentic.

As I said, the black bucket seat interior is in excellent condition, including seat covers, door panels, and carpets, and with a center console in there, it's one of the best places to spend your weekends. It was originally a bench seat car with green cloth upholstery, but we aren't building a concours winner here, but the ultimate cruiser that's ready to have fun, and the conversion to buckets was accurately done. The horseshoe shifter looks great, and the round gauges are another sure sign of a genuine SS. The car carries factory A/C which is fully functional thanks to modern hardware working behind the scenes and a tilt steering column is a nice addition. There's an upgraded AM/FM/cassette stereo in the dash with a custom amplifier in the trunk, so the soundtrack is awesome. The seats look quite good and feel firm thanks to fresh foam underneath, and with A/C and the stereo system, this is a great highway cruiser. The trunk is finished with a correct mat and a full-sized spare, just in case.

The 396 cubic inch V8 under the hood looks pretty correct, wearing a chrome air cleaner with reproduction decals and Chevy Orange paint on the block. But upgrades mean that it's considerably nastier than you got from the dealer. Those upgrades include an .030 overbore, H-beam rods, forged aluminum pistons, and an upgraded camshaft. Outside, an Edelbrock intake manifold, a Pro-Form 4-barrel carburetor, MSD ignition, and a set of long-tube headers mean this big block is making some serious power. The engine bay is quite tidy and many of the details are factory-correct, including reproduction hoses and clamps. A TH400 3-speed automatic and a 12-bolt Posi with 3.73 gears inside mean that it can take anything you can dish out, and it sits right on a set of Rally wheels with staggered 225/70/15 front and 275/60/15 rear Uniroyal radials that give it an awesome stance.

A super-nice car that foregoes the need for chasing numbers and instead reminds of why we love big block Chevelles so much: it's just a blast to drive. Call today! 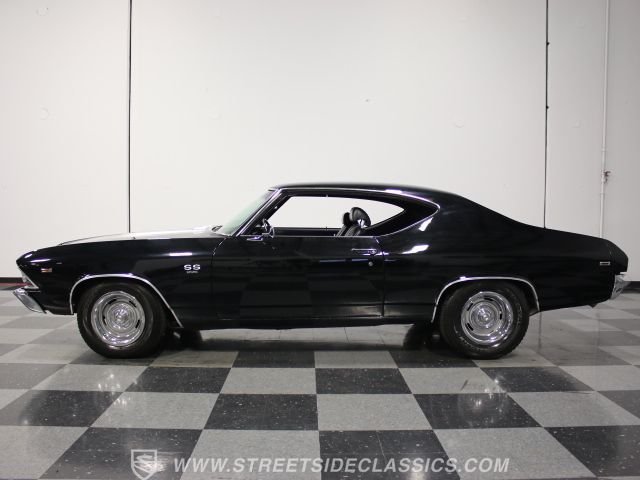