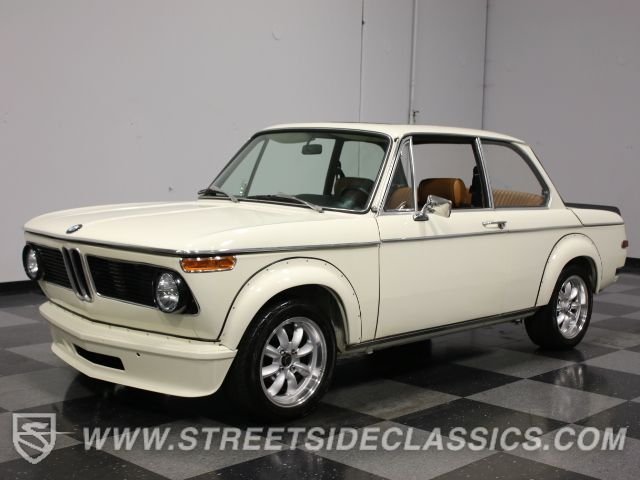 Credited not only with saving BMW from bankruptcy, but also for creating the contemporary sports sedan, the 2002 remains big, affordable fun in a compact package. This 1970 BMW 2002 has been tastefully modified to create one man's vision of what might have been. And like most of its siblings, this Bimmer is a blast to drive and offers a ton of performance potential for not a lot of money.

The blocky almost symmetrical 2002 coupe body is one of those creations that's so homely it's cute, and it's a big part of the car's appeal. With that upright greenhouse, there's just no way it could also be fast, right? Wrong. The white paint on this one doesn't hurt, either, giving it a low-profile look that allows the owner to drive it to its limits without attracting a lot of attention. Fiberglass "wide body" fenders and a deck lid spoiler have been installed that look quite reminiscent of the M3 that would follow and permit the installation of wider modern rubber. The finish has a soft gloss that looks suitably vintage, and in typical Germanic fashion, there's a minimum of trim and flash, with shaved bumpers, a blacked-out grille, and a chin spoiler that gives it an aggressive look without being excessively obvious about it. Correct 2002 badges have been installed as needed, and the round taillight versions of these cars seem to be the ones that everyone wants.

The makeover extends to the interior, where you'll find supportive buckets that are up to the sporty, agile handling. The BMW legacy began here, too, with clean, minimalist décor but a definite sense of luxury and that you'd gotten something special for your money when you took it home. An cool leather and carbon-fiber steering wheel definitely looks right here, framing a complete set of analog gauges from VDO, with auxiliary dials arrayed along the top of the dash to monitor, well, just about everything. The center console offers simple controls, an AM/FM/CD stereo head unit, and the shifter for the slick-shifting 4-speed transmission, and fully functional factory A/C. The rear seat looks almost completely unused, finished with pleated vinyl as original, and the darker carpets add a gravity to the otherwise brightly lit interior. There's also an aftermarket power sunroof overhead and a surprisingly useful trunk with a matching mat.

The engine is a 1990 cc inline-four, and even in stock form it delivered delightful performance and impressive economy. It's obviously been warmed over, with an .020 overbore, a Weber 34-series carburetor, and tubular exhaust headers, all popular modifications that do nothing to dilute the engine's playful nature and eagerness to rev. It's not detailed for show, but it's quite clean under the hood and service access and parts availability is quite good for these cars. It has a rorty exhaust note thanks to a custom exhaust system, and the light clutch action and direct shifter will have you downshifting just to hear the engine's lovely song. It's quite tidy underneath and while it may show a few signs of age, all the hardware is there, including a fully independent suspension, recent shocks, a new exhaust system, and oversized Minilite-style 15-inch alloys with 195/55/15 performance radials.

Full of potential as well as performance, discover why this is the BMW that transformed luxury/performance forever. Call today! 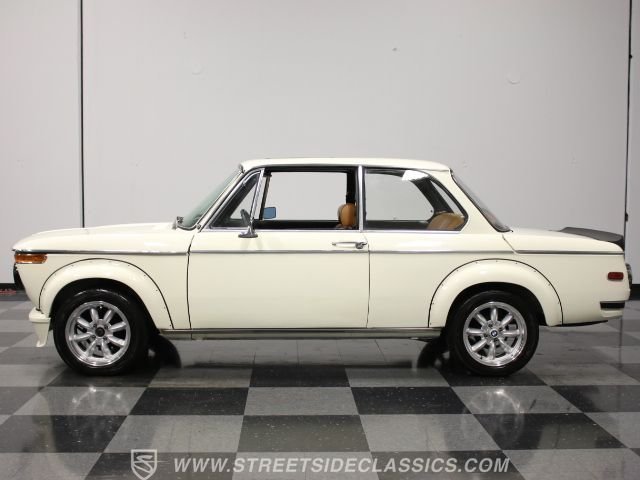