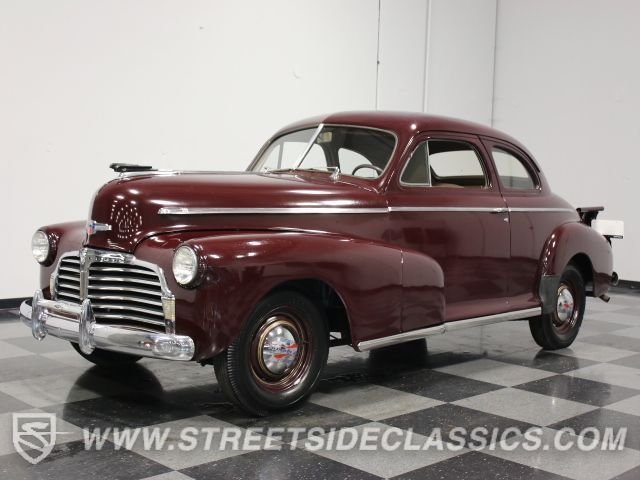 Look closely at this 1942 Chevrolet coupe, because we're betting you've never seen one quite like it before. Not only is it a very limited production 1942 model, but around back you'll find a factory-installed pickup bed, which was indeed a rare model intended for perhaps the gentleman farmer who needed a car and a truck all in one.

The earliest known descendant of the El Camino, this cool pre-war Chevy was just part of their commercial lineup and built on the same chassis as the sedan delivery, so it's not just a standard coupe with a pickup bed in the trunk. Only a handful were built each year between 1936 and 1942, but they were apparently popular enough to continue production. Today, we guarantee you'll never see another one at a show. This one is also nicely preserved and largely original, and while it photographs rather well, it's got plenty of patina that works well on its working-class bodywork. Styling in 1942 was new, with fenders that swept into the doors and this one was built before the war started, so there's still plenty of shiny trim to offset the handsome maroon paint, which is an older respray. Sure, there are scratches and chips and the paint has a soft vintage shine, but that's all part of its charm because cars like this aren't easy to come by. The doors and hood fit well, because that's how the factory did it, and the bed is finished like pickup beds of the period with oak planks and a drop-down tailgate, all of which are in very good condition for their age.

The handsome tan upholstery is in excellent condition, making us wonder if this Chevy ever had to earn its keep by doing hard labor. We strongly suspect that most of the interior has been restored, as the seat covers and door panels are extremely nice and the headliner looks almost new. Tan rubber floor mats are appropriate in what is ostensibly a "commercial vehicle" and the neat box where the back seat should be makes this a strict two (maybe three) seater. The dash is handsome with a symmetrical instrument panel that balances the glove box, and all the gauges show big, easy-to-read markings that still look good today. There is no radio but this Chevy does carry an optional heater/defroster unit that was probably dealer-installed, and the bright trim on the dash is another upscale addition that makes this Chevy look and feel substantial.

The engine is Chevy's familiar 216 cubic inch "Stovebolt" inline-six, which moves the coupe without much fuss. With legendary toughness and surprising smoothness, it's fun to drive and has a great six-cylinder grumble from the single exhaust. It still breathes through the original oil bath air cleaner and downdraft carburetor and the six-volt electrical system still fires it without issues. The only transmission you could get in 1942 was a 3-speed manual with a column shifter, and with modest gears in back, it's happy cruising at 50 MPH or so, which is a bit more swift than a standard pickup. It's nicely maintained and tidy under the hood and the chassis is equally nice with no major deviations from factory specs. Steel wheels painted to match the body with contrasting pinstripes add an upscale flavor and with 6.00-16 Firestone blackwall tires, it looks like it just drove out of the 1940s.

Rare, nicely preserved, and lots of fun, this cool little Chevy will be the talk of every show it attends. Call today! 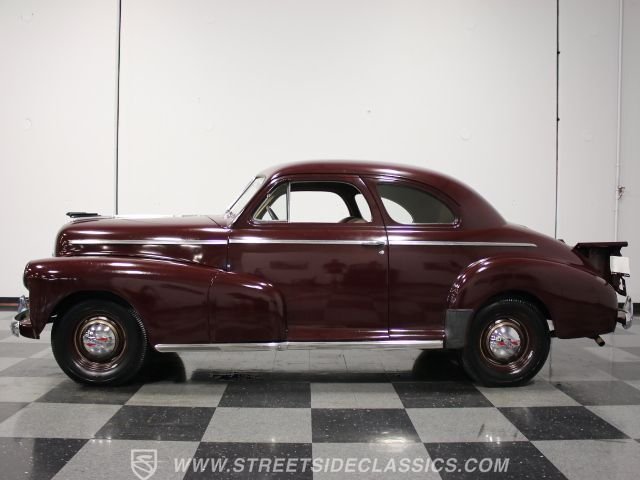