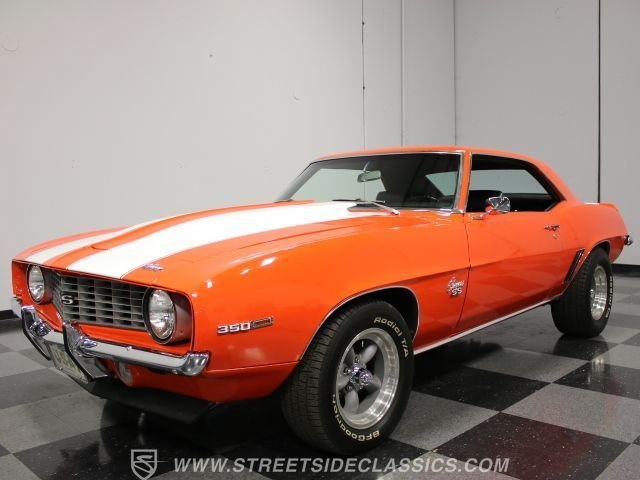 You probably see all the early Camaros selling at auctions and figure that pedigrees and decoding numbers is all that matters. In truth, most of the hobby is made up of cars like this Hugger Orange 1969 Camaro, which is all about speed and style, and doesn't particularly care about pedigrees.

Cowl hood, Hugger Orange, Torque Thrusts, and a V8 power, this Camaro is the definition of American muscle in the '60s. It's also pretty danged nice, with a repaint a few years ago and not a lot of evidence of use since then. It's not perfect, but someone definitely went the extra mile to make it look great, with painted-on Z/28 stripes that wrap onto the cowl vents, an awesome shine, and nothing that would detract from the classic F-body shape. Good gaps throughout mean that this one was either carefully restored or carefully preserved, perhaps both, and the crisp lines coming off the fender openings suggest careful bodywork when it was painted. The badges were painted white to match the stripes and it offers a neat bit of contrast, while the bright bumpers are in great shape with the rest of the trim appearing to be nice original stuff.

The interior is pretty stock, which is good news because the 1969 Camaro doesn't need any help in the styling department. Reproduction black seat covers, recent carpets, and correct door panels make it look like 1969 all over again. A center console with the horseshoe shifter warms up the otherwise monochromatic look and a pair of auxiliary gauges were fitted under the dash to augment the factory dials in the dash. Other replacement pieces include the headliner and dome light, a set of rubber floor mats, and an AM/FM/cassette stereo head unit in the dash. And while F-bodies weren't famous for their storage space, there is a nicely outfitted trunk with a correct mat, full-sized spare tire, and a jack assembly, all of which are handy if you intend to use your new SS as a real car.

The engine is a 350 cubic inch crate motor from Edelbrock that makes considerably more than the original 300 horsepower. An open-element air cleaner feeds a Holley double-pumper 4-barrel carburetor atop an Edelbrock intake manifold. Aluminum heads not only build horsepower but shave weight, and the Chevy Orange block looks right in the satin black engine bay. With a roller cam, it makes about 400 horsepower and an equal amount of torque, making this a formidable Camaro indeed. Billet accessory drive pulleys and matching aluminum valve covers give it a racy look, and efforts were made to duplicate some of the factory assembly markings on the firewall. Power steering and power 4-wheel disc brakes mean that this Camaro is a joy to drive and the TH350 3-speed automatic always seems to be on its toes for maximum performance. Ceramic-coated long-tube headers feed a Flowmaster dual exhaust system and the floors are remarkably tidy for a 46-year-old car. This Camaro was obviously a labor of love and it shows everywhere you look. The suspension is buttoned down with a set of Edelbrock IAS shocks and the stance is pure horsepower thanks to Torque Thrust wheels and fat BFGoodrich radials.

The owner took six years to build this car for himself, so you know it was done well. And if you take a closer look, you'll find that this Camaro offers a huge amount of fun and performance for a very reasonable price. Call today! 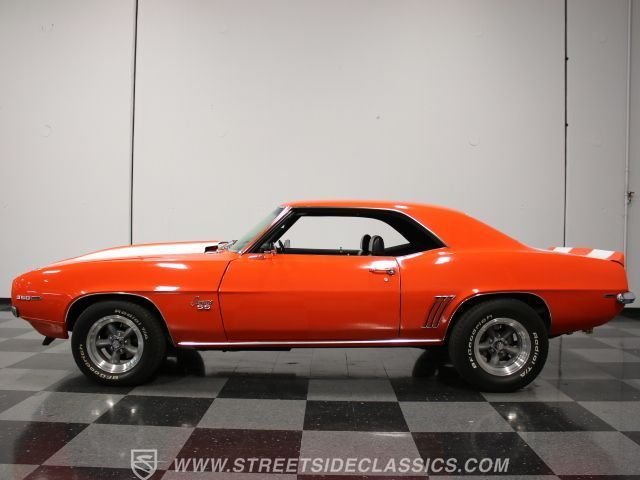