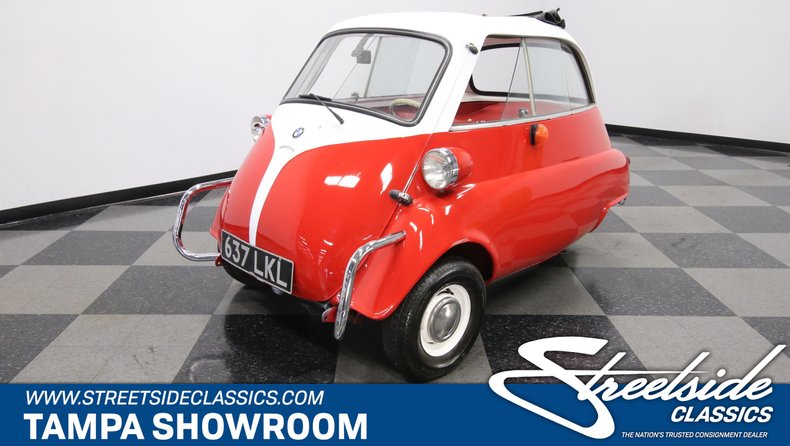 It is hard to deny the appeal of a classic bubble car. This 1962 BMW Isetta may have been born out of a post-war need, but today we love them for packing a ton of distinction into such a small package. That's why this two-tone, three-wheeler gets so much more attention than cars with shadows larger than this Bimmer.

Part of owning an Isetta is the enjoyment of having a conversation piece. It's particularly fun to educate modern BMW owners about the little car that saved the company so that they could have their performance sports sedans today. So since you're going to be talking about it a lot, it's also good to have one looking as classically attractive as this one. The two-tone red and white is timelessly distinctive, especially with the deeply dipping white section just below the BMW badge on the front. The paint has the right kind of finish where it can radiate at a car show, but you also won't be too afraid to drive it there. It may be small, but there are artful touches, like the dual front chrome bumpers, sleek headlight pods, and large rear chrome bumper. It all gives a touch of style to the simple life.

The hallmark of the Isetta is the single door setup. The way the whole front end hinges open like a cellar door makes sure that everyone always knows you have something quite unique. Because these cars were really about getting post-war Germany back on its wheels, the focus is on function. You see it in details, like how the ignition and speedometer are housed in the same bracket that supports the steering wheel. These later-model Isettas benefit from sliding windows for added ventilation, and the standard fabric sunroof doubled as an emergency door. However, just like the exterior, this has a nice hint of style within all the function. There's plenty of bold red vinyl, and the white metal pieces and contrast white seat piping give this as much two-tone flair as the outside paintjob.

The powerhouse for this city car is part of its allure when it was new. This is bases on an Iso design, but that came with a smoky two-stroke motor. BMW installed a 298cc version of their powerful and hardy four-stroke motorcycle engine, and that is whats believed to be currently in this vehicle. It's not a sports car, but the four-speed manual transmission provides a lot of fun and versatility in being able to reach down a gear for added pep. It's a total package that you can feel has been maintained correctly so that you can enjoy driving this Isetta.

This was the final production year for the Isetta, and so it's great to have an opportunity at a car that closed one of the most important chapters in the company's history. So don't let this deal slip away, call today! 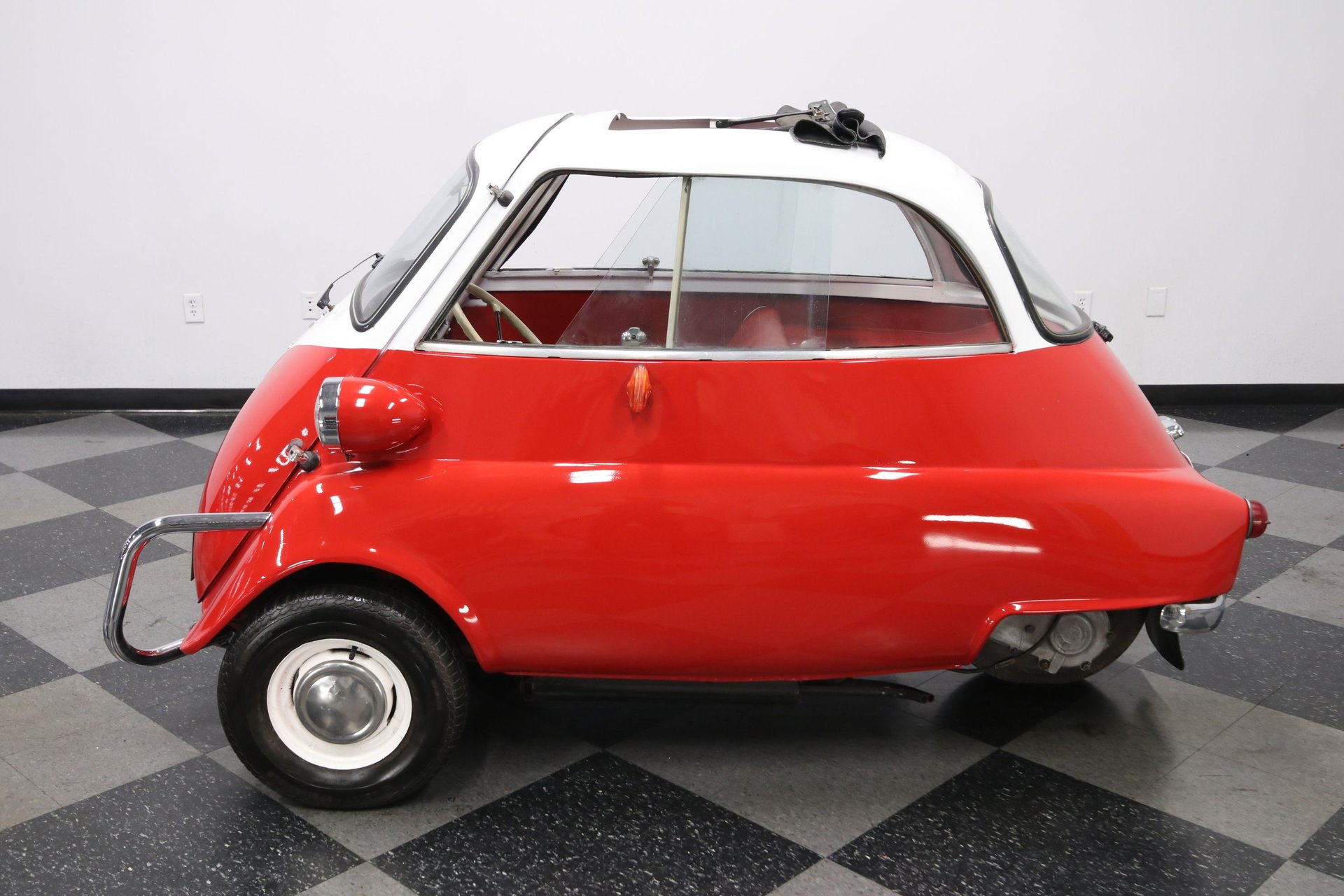