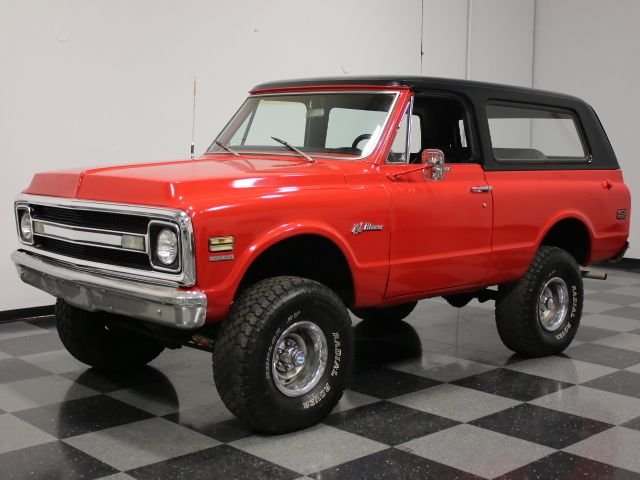 Not only is this first-year 1969 Chevrolet Blazer rare, but it's fully equipped and ready to go out and play. As the Camaro was Chevy's response to the Mustang, the Blazer was the Bronco's counterpart. Chevy took their time, analyzed the Bronco's weaknesses, and built a unique truck that was bigger, more powerful, and more spacious than the Ford. Only 4935 were built in 1969, making it quite rare, but the writing was on the wall and it wasn't long before the Blazer was handily outselling all its competitors.

Refinished in bright red with a black top, this awesome Blazer is ready to be driven over any terrain, turning heads all along the way. The bodywork is better than you'd expect for a Blazer at this price, and if this truck has been playing in the dirt, they did one heck of a job cleaning it up. Seriously, restored Blazers under $20k don't exist anymore, and while the paint isn't show-quality, that only means that you're not going to think twice about using this truck as intended. The paint has a nice gloss that can only come from modern finishes, which means that it'll look good practically forever if you take care of it, especially in fire engine red. And if you're really a stickler for shiny stuff, you could probably have the pros do a cut and buff on the finish to really make it pop. The stainless and chrome appears to be good original stuff and even the woodgrained decal on the tailgate is in good shape.

Part of the reason that the Blazer was so successful is that it brought all the options and upscale trim from the pickup truck line to the SUV market. Where its competitors were still basic transportation, this Blazer offers options like A/C and a 4-speed manual transmission, so it's a blast to drive. The seats have been reupholstered in red and black vinyl to match the bodywork, with twin buckets separated by a wide center console just behind the shifter for the standard 4-wheel-drive system. In back, the bench appears to be original vinyl and the floors have been treated to a spray-in bedliner to ensure long-term durability. The gauges appear to be original, although the Grant GT steering wheel certainly is not, and there's a trio of aftermarket dials under the dash. This one also includes an AM/FM/cassette radio in the truck-like steel dashboard, and even with the rear seat in place, the Blazer offers plenty of room to carry your gear.

The Blazer offered a selection of engines, ranging from a 250 cubic inch inline-six to a number of V8s like the 327 cubic incher that lives under this Blazer's hood. With plenty of torque, the engine makes this SUV a surprisingly quick machine on the street and offers a wonderful V8 rumble from the exhaust. Plenty of Chevy Orange paint is offset by an aluminum high-rise intake, Edelbrock 4-barrel carburetor, and a set of long-tube headers, so it's OK if you think of this as an early muscle truck. 1969 Blazers came only as 4x4s with 4-wheel drum brakes, so it's as sturdy as an anvil and just as clean underneath, with numerous upgrades including a lift kid and steering stabilizer for off-roading. A new gas tank hangs out back and it sits on custom Rally wheels wearing 35x12.5x15 Dunlop off-road tires give it a commanding stature and great grip in the dirt.

This Blazer is the 4x4 equivalent of an early Camaro: affordable, insanely fun, and incredibly stylish, all at a reasonable price. Call today! 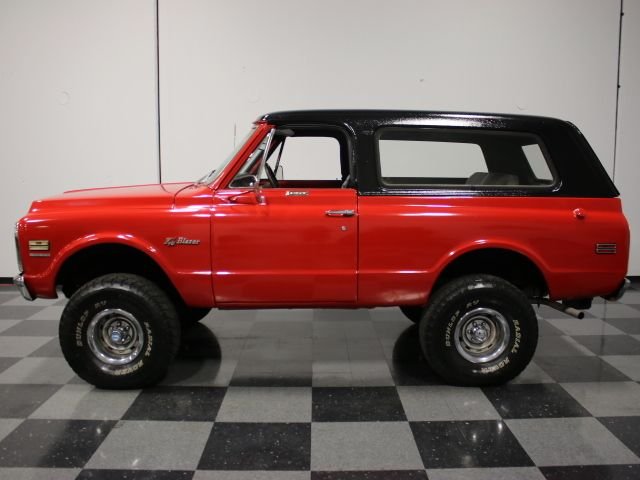