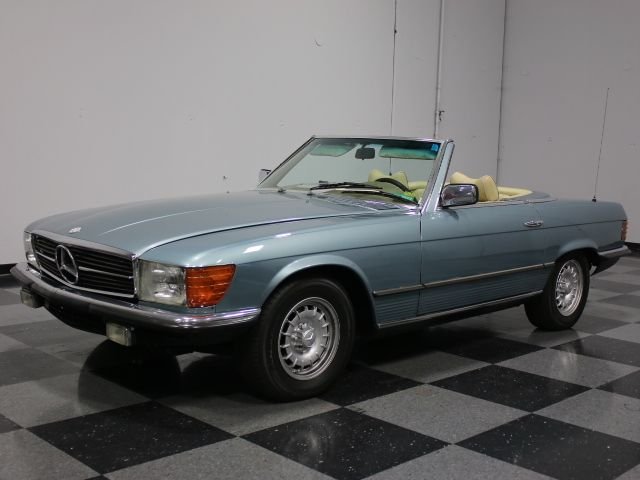 Some of you might be scratching your heads over this lovely 1977 Mercedes-Benz 350SL. Yes, that's correct, it's a Euro-spec SL, complete with the slender non-federalized bumpers, handsome Euro headlights, and a quick-revving 3.5 liter V8 engine. It's badged a 350SL, and for people who know the difference, this is a pretty neat little car at a great price.

Like all R107 SLs, this one is built like the proverbial bank vault. The light blue paint is perfect for the sporting 2-seater and in typical Mercedes-Benz fashion, it's beautifully built. Imported from Germany, it retains all the features that the designers intended but our government wouldn't let us have, so it appears lighter, sleeker, and sportier than the usual SLs of this period. Finish quality on the paint is pretty nice, as it was refinished in its original color in 2004 and treated as a collector's item ever since. That means no foul weather drives, no daily slog through traffic, just fair weather and easy cruising. It's remarkable what a difference those slender bumpers make, but the rest of the car is instantly identifiable, from the big three-pointed star up front to the ridged taillights that were a staple of Mercedes-Benz automobiles for more than a decade. As you'd expect, the doors fit beautifully, the hood closes with a gentle push, and the big hood doesn't move around when you're driving with verve.

The tan leather interior was refinished in 2005, likely because the paint looked so good tha the interior was no longer up to par. Regardless, it's now beautifully trimmed with fresh seat covers, carpets, and door panels, all of which match the original specs. The seats are piped in dark brown which adds some contrast and detail, while the wood on the center console is real wood, not a decal, giving the car an appropriate upscale look. The dash pad is perhaps the only place this car really shows its age, since it is original and starting to crack, but the rest remains in first-class shape. Of note, this car does have an accessory fold-down rear seat, which is really reserved for small children or people you hate, but it may add some practicality to the 2-seat SL. There's also a dark blue canvas convertible top, which is the one you'll use most often, along with a color-matched hardtop that was standard equipment on the SL. The trunk is beautifully finished with tan carpets that appear to be factory-issue.

Americans never received the 3.5 liter V8 engine, and it offers a decidedly different feel than the bigger 4.5. Quick to rev, it's a little soft on the bottom end, but it more than makes up for it with its joyful roar towards the upper ends of the tachometer and it makes a fantastic tenor V8 bellow at full tilt. It has been properly maintained throughout its life and rebuilt in 2008, so it's a superb runner with no notable issues today. It starts quickly and idles smoothly and with a quick-shifting automatic transmission, it feels much more sporting than the American-market 450s. This is how these cars were supposed to feel! The suspension remains supple, the brakes are typically powerful, and it doesn't mind going with you whatever you're doing, from chasing groceries to carving up your favorite back country road. Traditional "pie crust" alloys are always the right look and carry recent Toyo radials.

There's no denying the appeal of a car that looks like this, and you shouldn't be afraid of the 3.5 liter engine. The last owner had it for more than 25 years, so obviously there's a lot here to love. Call today! 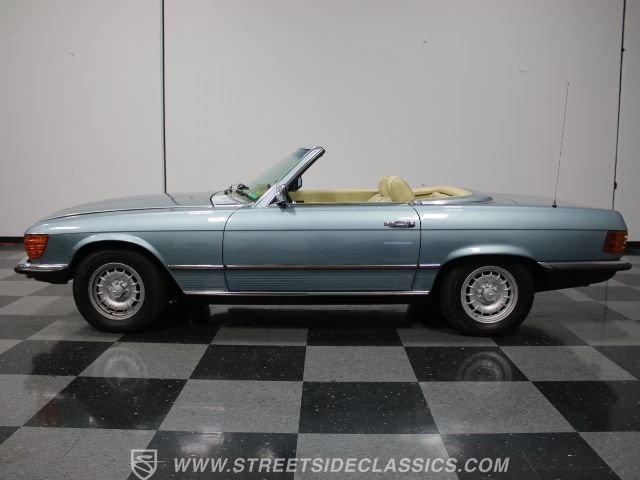