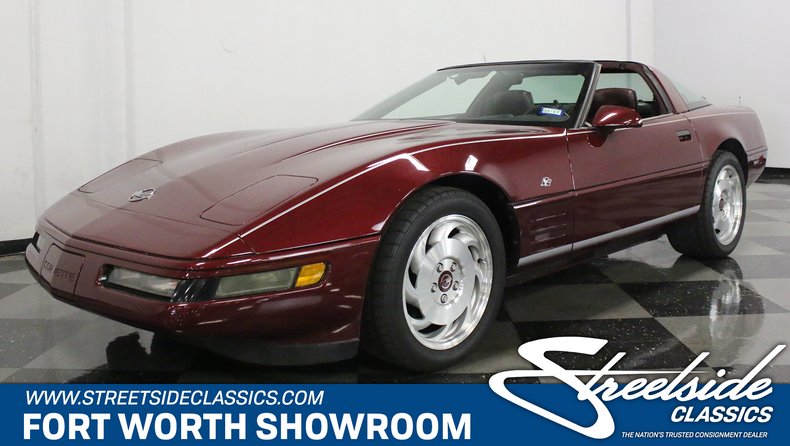 Of the many special edition C4 Corvettes that rolled out over its lengthy 12-year lifespan, the 1993 models like this heart-stopping roadster are notable for their 40th anniversary connection. With gorgeous Anniversary Ruby Red paint, this spectacular Corvette coupe stands out and today it is guaranteed to generate positive comments when you're at the gas station or stopped at a light.

This handsome Corvette sports 64,925 original miles, which translates to about 2700 miles per year. That means no daily grind in rush-hour traffic and no parking lot commutes. The Ruby Red finish looks great in the sunlight, and the paint is definitely the right choice for a high-visibility model like this. This one shows a few signs of age with only minor blemishes here and there and it could really be taken up a notch with a professional buff to really bring up the shine. It's obvious this car has always been protected from the elements, meaning no rust, no salt, and no underbody issues that even on the fiberglass Corvette can be a problem. There's no accident history either, so if you're looking for a solid C4, it would be hard to do better than this. Anniversary cars also got special badging and matching center caps in the wheels, so it's identifiable at a glance, but even without the emblems, everyone knows this is a special 'Vette.

The Anniversary cars also got a special treatment inside, with matching Ruby Red leather seats. Showing age-appropriate wear, but no splits or tears, the interior has a comfortable, lived-in look like your favorite pair of jeans, which is how the Corvette prefers it. This one was loaded up with options, too: the Anniversary package added the custom embroidery on the headrests, and this car also includes electronic climate control, a Delco/Bose entertainment system, and a six-way power driver's seat. Both seats wear embroidered 40th Anniversary markings that are shockingly subtle. Overhead there's a lift-off top that can be stowed in seconds, making this a great summertime fun car. It also includes the cool digital/analog instrument panel that is more effective than you might think at first glance, as well as cold A/C, power windows, and cruise control.

Power comes from GM's legendary LT1 V8, which made 300 horsepower in 1993. Performance is entertaining, especially with the 4-speed automatic transmission, which makes this a fast car anyone can drive with ease. There are few better point-and-shoot weapons on the highway than this car; if you see a space in traffic, punch it and the car roars forward and the 700R4 auto 'box is one of the most satisfying ever installed in a Corvette. Some of the most powerful brakes of the era were a Corvette trademark, and by 1993, the suspension was supple yet energetic, delivering decent ride quality without sacrificing the handling that makes the Corvette legendary. You can see how clean the engine bay is in photos, and there are no questionable modifications, no goofy bolt-ons out of a catalog, and OEM parts throughout. The original, unblemished 17-inch aluminum wheels wear 255/40/17 front and 275/40/17 rear performance radials.

Book value says this C4 Corvette is a screaming bargain, offering a ton of performance and a design that is aging gracefully. Powerful, fast, and with the 40th Anniversary package, downright beautiful, this is a lot of fun for not a lot of scratch. Call today! 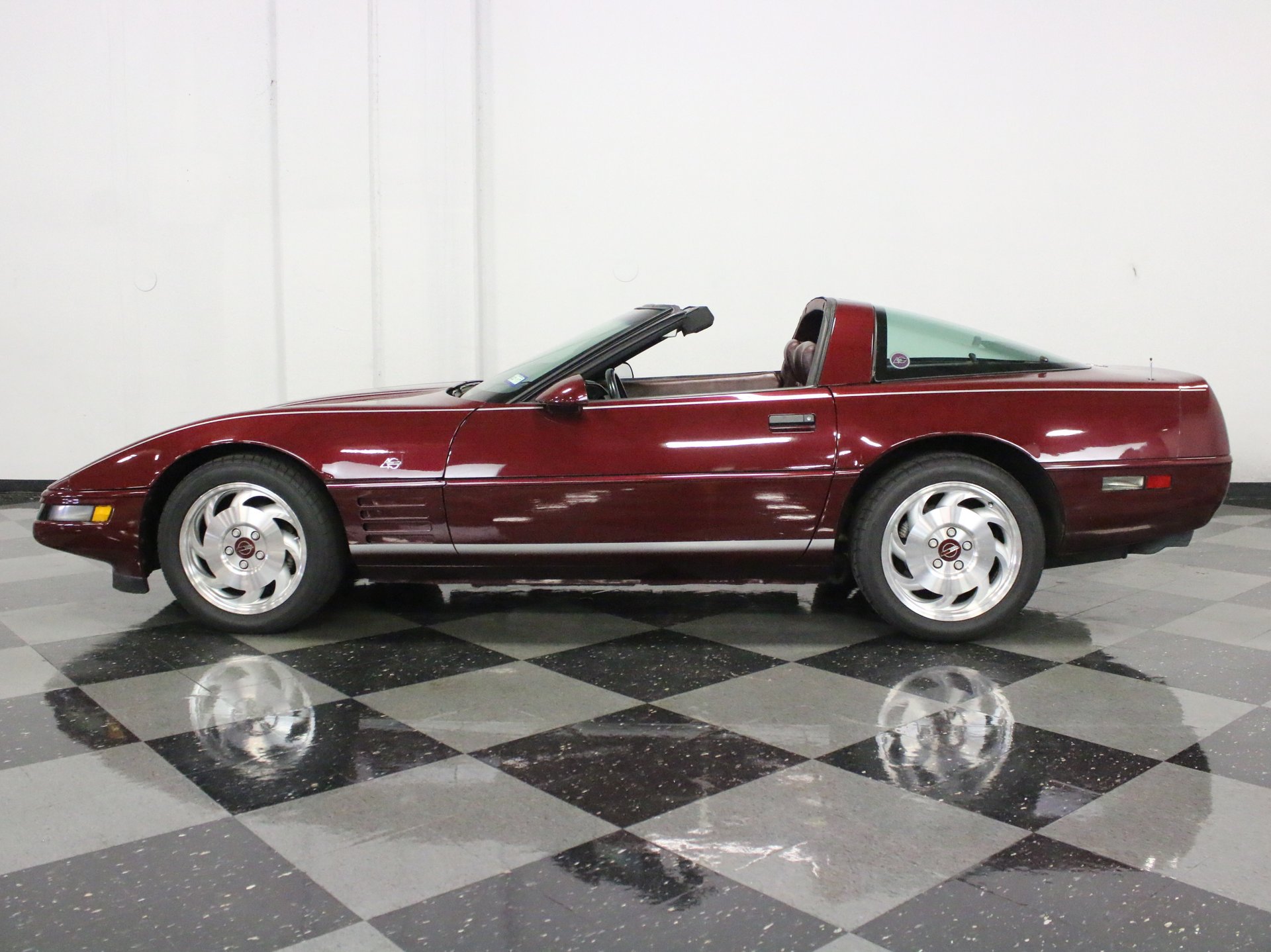