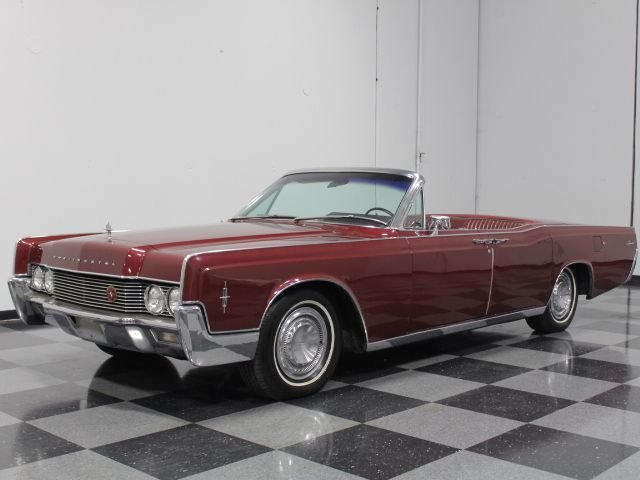 Lincoln is making a lot of their heritage these days, and I'm of the opinion that they could do far worse than building a 21st century version of this 1966 Continental. Affectionately known as the "slab-side" design, the stunning "suicide door" Continental convertible is a technological wonder and an icon of '60s style.

It was quite a daring feat to put four doors on a convertible, and especially so with those rear-hinged suicide doors. But Ford had to put the Retractable's hardware to use somehow to earn back their immense investment in the mechanism, so the Continental was born. Although the car is elegantly massive in every possible way, the angular lines and minimalist chrome make it seem trim and stylish. Dark colors like the burgundy found on this example seem to suit them best, as they really are formal cars that are almost the antithesis of 1950s flamboyance. No, this one's not perfect, but all four doors fit with a solidity that seems hard to imagine in such a mammoth open-topped machine, and the character line running the length of the body lines up quite well from panel to panel. Good chrome is critical on a car like this, and those big bumpers, simple horizontal grille, and lovely stainless strip running along the tops of the fenders and doors all sparkle in a way that's consistent with the rest of the car.

Inside it's every bit as spacious as you'd imagine. Forget compact muscle cars and imagine a limousine without a roof and you're in the right neighborhood. Luxurious oxblood leather covers the seating surfaces with an upright formality that would look right in your living room. The brushed stainless dashboard with its interesting horizontal orientation for the major controls is all about daring styling, and in the 1960s, Lincoln could do no wrong. The seats are in great shape, particularly for a 50-year-old ragtop, and the dash shows little evidence of UV damage. Every piece of luxury equipment imaginable was standard, including a retractable power top, power windows, a power antenna, power driver's seat, A/C, cruise control, and an AM/FM stereo radio. This Lincoln is definitely about no compromises.

A car this big needs Ford's biggest V8, a 462 cubic inch behemoth that just laughs at the car's 2.5-ton curb weight. It's not a 460, but a unique Lincoln engine that powered the biggest luxury cars until the late-60s. It does wear Ford corporate blue paint and shows off a lot of recent work top and bottom. It's backed by a 3-speed automatic transmission and heavy-duty rear end, and a lot of folks will be shocked to learn that this big convertible is actually a unit-body car. The critical floor areas are solid and despite this being such a massive machine, there are lots of cleverly packaged components to accommodate the top mechanism, including the stand-up gas tank and tightly packed exhaust system. Big 15-inch wheels with whitewall radials give it the right stance with understated elegance.

These cars are rapidly becoming A-list collectables, and the gap between nice cars and projects that would make any sane person run away screaming is growing all the time. This is a great opportunity to get a suicide door Lincoln at a price that will seem like a bargain in only a few years. Call now! 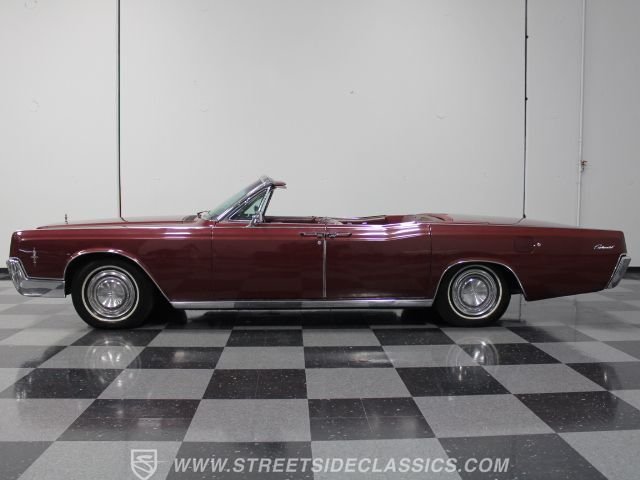