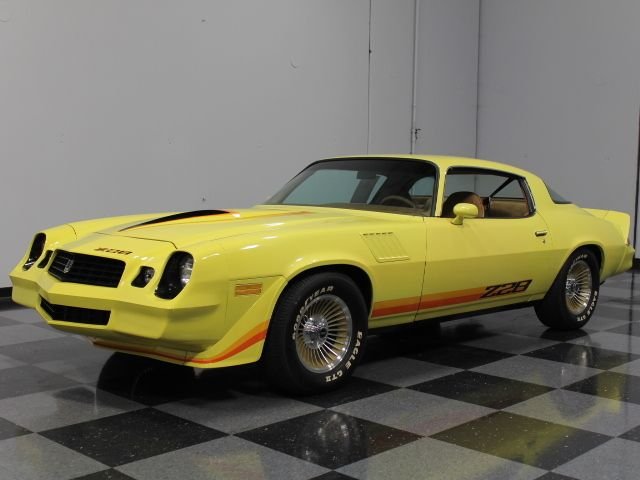 If you were one of the millions of guys who had Farrah Fawcett in that red swimsuit on your bedroom wall, your car awaits. This amazingly well-preserved 1979 Camaro Z28 is proof that the muscle car didn't die, it just went on an extended vacation in the mid-70s. With just 20,166 original miles, a load of options, and that searing yellow paint job, you won't be sneaking around in this one, but then again, why would you want to?

The color is called Bright Yellow, and there's no question about that. It's also one of the most unusual colors for Z28s, accounting for only about 4% of production, and it has a look that captures the era perfectly. The car is beautifully preserved, with amazing presentation of the original finish; only the front bumper and ducktail spoiler have been repainted, and they got the paint to match almost exactly. Even with the repaint, I think any would agree that this is one heck of a survivor. The aggressive chin spoiler shows almost no marks from run-ins with parking curbs, the lower flanks haven't been blasted by gravel, and the stripe package remains bright and vivid against the yellow paint. Judging by the rich black insert in the hood, the condition of the grille, and the clarity of the taillights, I'd wager that this car has spent a good amount of its life protected and indoors, used only as a fair-weather toy, and the mileage bears that out.

The tan buckets will be familiar to any F-body fan, and they are as comfortable as they look. Like the bodywork, the interior is remarkably well preserved, with no splits or tears in the seat covers, and very little wear, even on the driver's side bolster, which always takes the most abuse. Deep pile carpeting was all the rage in 1979, and it remains in good condition with no fading or matting from winter boots soaking it, and the door panels show practically zero signs of aging. The headliner is new, and that's probably inevitable given the way they were built back in the day, but otherwise it's all factory-issued gear. This Z also includes upgrades like a tilt wheel, a center console, and an optional tachometer, along with an unusual AM/FM/8-track stereo that was a must-have in the late-70s. The ultra-clean trunk wears its original mat and carries a space-saver spare that's never been used, an item that's probably worth a good bit of scratch all by itself.

The engine is the original 350 cubic inch V8, which, in Z/28 guise, makes 175 horsepower. Nestled into a highly original engine bay, this one is thankfully free of the questionable modifications that so often befell cars like this. Instead it's very stock, very original, and very nicely preserved, with all the details in place to make it a very qualified entrant into preservation judging. The engine bay was professionally detailed, the engine was tuned, and things like the original carburetor and starter were rebuilt. Heck, even the original catalytic converter is still in place and the original mufflers are still handling the noise! A 4-speed manual transmission makes this a very desirable Z and it feeds the original 10-bolt rear end with 3.73 gears inside, as documented by the original build sheet. Factory color-matched wheels show virtually zero curb rash and wear 255/60/15 Goodyear radials.

Documented with an original build sheet showing this was a special order car, plus title documentation and a reproduction window sticker, this is the second-generation Z/28 to own if you're a serious investor. Call today! 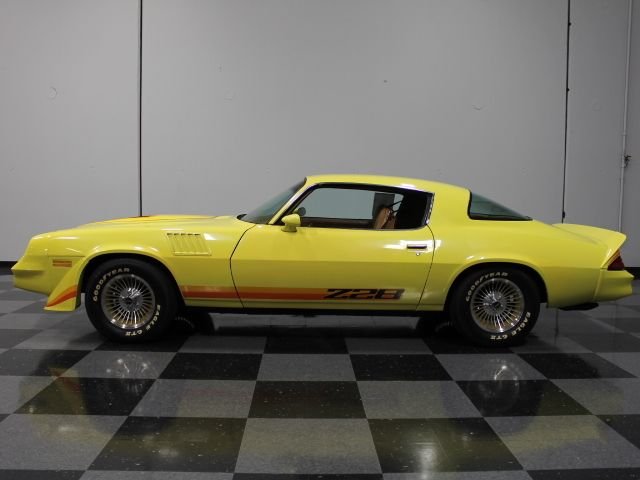