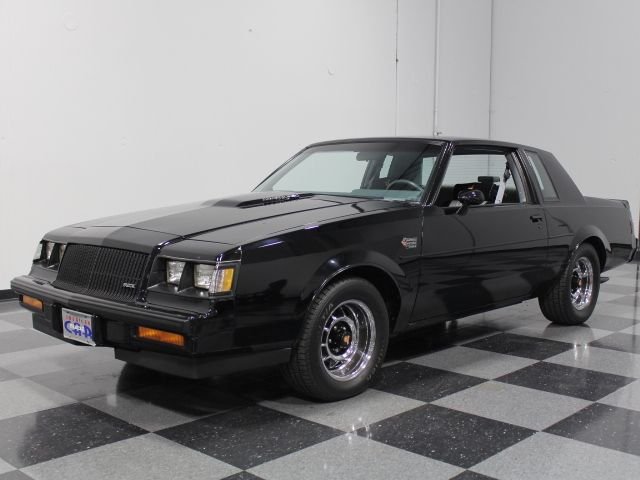 With ultra-low mileage, this 1987 Buick Grand National is already something special. But there's something else unique about it: it's 100% stock. Falling solidly in the "survivor" category, this remarkably well-maintained and super clean GN hasn't been abused, raced, or otherwise mistreated. Instead, it shows just 10,299 original miles and has been maintained by someone who always treated it as something of value.

These cars were sinister when they were new, and even today seeing one of these blown Buicks prowling the streets fills a car guy with excitement. The legend has probably outgrown the actual car at this point, but the blacked-out trim, the bulging hood, and the simple ducktail spoiler all give this car a look that demands respect. That's 100% original paint, and the car has never been hit or damaged. The nose shows light signs of having been driven, and unlike cars that have been on the track, the lower quarters haven't been sandblasted by rocks thrown by sticky tires. There's very little orange peel in the factory finish and it still carries a great shine with only one thin spot from someone polishing it a little too much. Sure, there are signs of age, but as an original car, it would be criminal to consider repainting it and would probably erase some value at the same time. And even with all that torque running through the body, the doors open and close easily, the trunk fits right, and the hood gaps are excellent.

This GN also carries two-tone bucket seats with embroidered headrests, transforming the formal Regal interior to something a bit more appropriate. The original seats remain in exemplary condition, with virtually zero wear and very little evidence that they're coming up on 30 years old. Gauges are basic, although engineers managed to stick a bar-graph tachometer in the corner of the speedometer, and they all work. As a Buick, the GN was loaded with just about every option you could throw at a car, including A/C, power windows, power locks, a tilt wheel, and a center consoleA later AM/FM/CD stereo and upgraded speakers have been fitted, but if you're a purist, the original Delco unit is included with the sale. For you sticklers for details, you'll also be pleased to note that the original space-saver spare is still in the trunk, complete with the debris shield bolted to its center.

The 3.8 liter turbocharged V6 is legendary, and while it's possible to make giant horsepower with just a few bolt-on modifications, the original owner was able to resist the siren call of a bigger turbo and revised computer programming. The original components remain intact, including all the turbocharger hardware and fuel system, two things that were often modified almost immediately, although it does have a chrome inlet pipe and turbo shield which really brighten things up. The engine bay is nicely preserved, and it's easy to tell that an enthusiast owned this one, because even things like the hoses and clamps are still the original style. Underneath, it's just as clean, and the 4-speed automatic transmission still upshifts almost imperceptibly and downshifts with authority when you mas the throttle. And while alloys were available, the brutal chrome steel wheels are often preferred by enthusiasts, and these are wrapped in 235/60/15 front and 255/60/15 rear BFG rubber.

Documented with goodies like the original window sticker, title documents, and owner's manual, you'll have a hard time finding a cleaner turbocharged Buick than this. Call now! 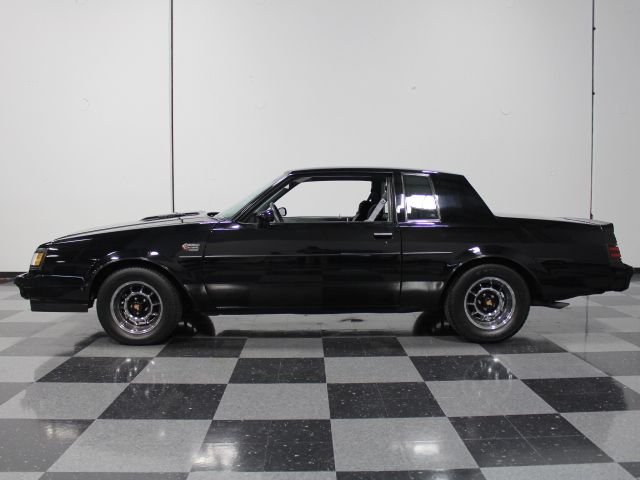