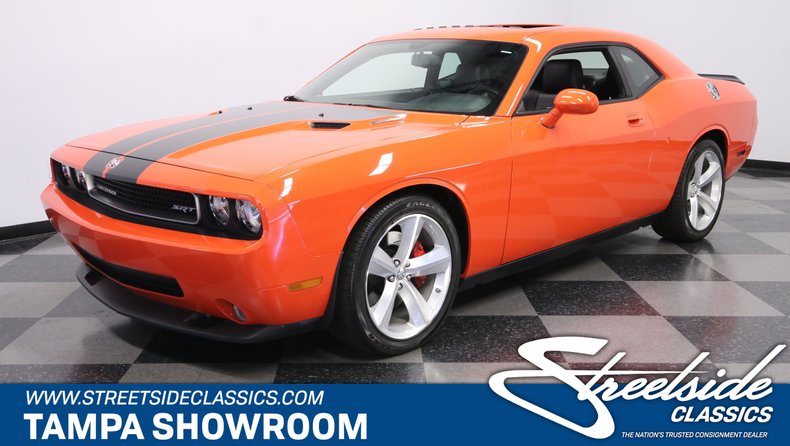 This 2008 Dodge Challenger SRT-8 is quite a special machine. It's part of the special First Edition cars that re-launched this muscle car into the modern era. So not only do you get powerful coupe with a 6.1-liter fuel-injected V8, but also it's been kept as a true ultra low-mileage collector's machine.

Hemi Orange is not only a great factory color, but also it's a terrific name to have on a street-eating coupe like this one. It's a throwback to the High Impact colors that helped make these Mopars so memorable back in the height of the muscle car era. So it seems particularly fitting on this 2008 example. It has a special dash plaque designating it as #4301 of the 6,400 First Edition Challengers that made up the special/short 2008 model year that re-launched this legend. The factory-applied paint is still so striking because the 3,671 miles on the odometer is no typo. This car has been treated like the future classic it is since day one, and you see it over every inch of this bold orange. But to call this Challenger "babied" is a bit tough, because there is nothing infantile about its appearance. Dodge's SRT (Street and Racing Technology) division knows how to make these look like street brawlers even when standing still. The chin spoiler, carbon fiber style hood stripes, HEMI vented hood complete w/callouts, and the full-width rear spoiler are all clear indications this is muscle car for the modern era.

Inside, the leather bucket seats with comfortable suede inserts match the rest of this deep black interior. While it really lets you know this Challenger has a dark side, it's also quite fashionable with nice touches like orange streak across the seatbacks. As you power adjust the driver's grippy bucket, you instantly realize that this retro muscle car is far more comfortable than anything that came out of the '60s or '70s. It's loaded with the best modern features, including power windows, power locks, tilt steering column, heated seats, keyless entry & ignition, cruise control, dual airbags, side airbags, and a sunroof. The AM/FM/CD/XM stereo is a premium touchscreen unit that includes everything from satellite navigation to a thumpin' subwoofer speaker system. But we know your real favorite soundtrack comes from the dual exhaust. You'll be running with the windows down and the sunroof open so much that you'll be glad to know the air conditioning is blowing ice cold.

As much as you'll love all the upgrades on this Challenger, the best one was to the SRT-8 package. That means a 6.1-liter HEMI V8 under the hood, and on an example this factory-fresh, of course it's the original motor. This is exceptionally stock, although keen eyes will spot an official Mopar cold air kit to let the might V8 inhale deeper. It growls to life like no other car out there, and with 425 hp and 420 lb-ft of torque straight from the factory, this one will outrun its muscle car ancestry. But serious power is only part of this car's story. As a modern computer-controlled and fuel-injected powerplant, it can settle into everyday life with ease. In fact, the five-speed automatic transmission can transition from muscle car to commuter almost instantly. Plus, great driving features such as the fully independent suspension, power steering, and big Brembo four-wheel disc brakes w/ABS are great features to have anytime.

This has been treated like a true collector's car, and so it also comes with nice paperwork, like the original dealer invoice and the owner's manual packet. This is the one that re-launched the legend, so if you're into real power and real collectability, don't miss this First Edition Challenger. Call today!!! 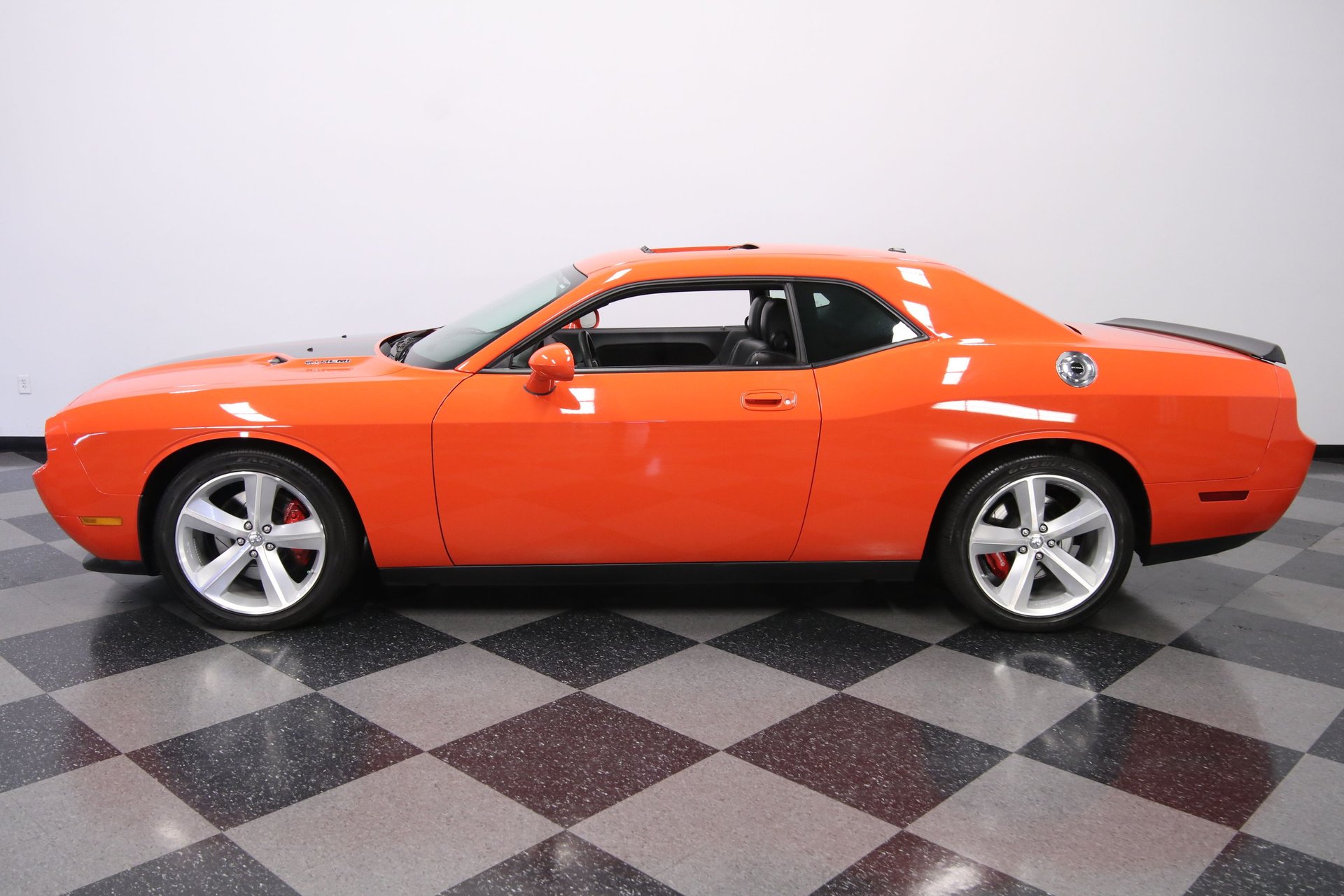