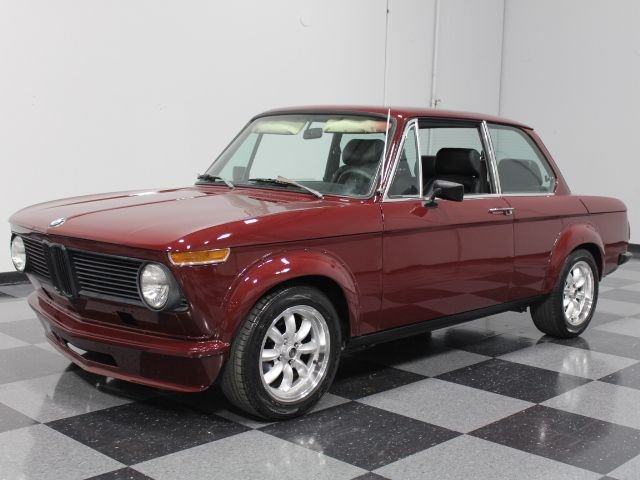 The car that invented the sports sedan is also providing difficult to keep in stock. This 1974 BMW 2002 tii will likely be like the others we've featured recently and vanish shortly after it arrives, going to an eager enthusiast's garage. This is the most desirable spec and despite a few details that need attending, it still represents great value and the opportunity for some financial upside for the talented hobbyist.

The pugnacious little BMW 2002 sports the body of a practical sedan and the heart of a sports car and the instantly recognizable shape has been a favorite of performance fans for decades. It's the car that put BMW on the map in the US as more than just a curious little German car manufacturer, and with this one's additions, you can see the appeal. Fender flares, a deleted front bumper, and a deeper chin spoiler all give it the aggressive look that matches its performance. It wasn't built for show, so don't try to force it onto the show field, but if you want to have a ton of fun on your favorite twisting country road, this is an ideal dance partner. It received fresh paint in October 2014, so it shines up well and the body panels underneath were in good condition, so no serious surgery was required to get it freshened up. All the factory trim was reinstalled, including the 2002 tii badges that make this car stand out from all its siblings.

The black interior is a mixture of original and newer components, but everything is dedicated to performance. The highly adjustable bucket seats were just re-covered and the black carpets remain in excellent condition. The door panels are probably original and show some age, and the Momo steering wheel has probably been on the car for many years, too. On the other hand, there are big, round gauges with easy-to-read markings and the shifter is exactly where you want it to be. Some faux wood on the instrument panel warms up the otherwise businesslike interior and the remainder of the controls are fairly logically arranged and easy to discern, a rarity on German cars of this period. The back seat is in good condition and will actually carry full-sized adults, making the 2002 a practical sports coupe and there's even a good-sized trunk out back.

But the real reason these cars are legendary is entirely under the skin. Starting with a rev-happy 2.0 liter four cylinder engine, it has just enough power to be entertaining without overwhelming the suspension. The tii models are fuel injected, which helps with both power output and tractability, so it's equally happy to crawl in traffic or rev to redline. Of course, a manual transmission is the enthusiast's choice, so the 4-speed has ideally-spaced ratios that make the engine snarl through the gears. The agile independent suspension is another ingredient in the car's popularity, being competent without abusing passengers and with a relatively light curb weight, the brakes are effective. A rorty exhaust note makes it entertaining and the undercarriage is in good order, although not detailed for show. Custom Rota wheels look like vintage Minilites and carry 195/55/15 Goodyear Eagle radials that really stuff those extended fender arches.

Just like every other 2002 we've featured, this one will sell quickly, so if you're interested in a tii spec, don't hesitate and call today! 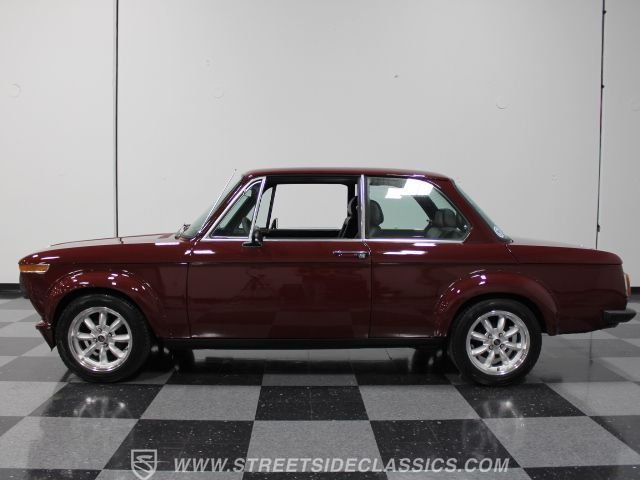