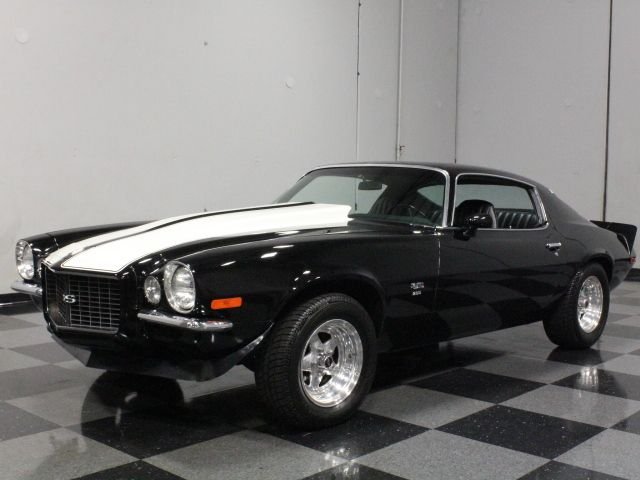 Cars like this 1971 Camaro used to prowl the streets looking for fun, but today folks see the cowl induction hood and white SS stripes, not to mention the wicked stance, and they know to steer clear. And for good reason, as this F-body packs a 383 inch stroker and back-up hardware to make it fast.

OK, so the black and white color scheme isn't going to help you stay under the radar, but nobody can argue that it doesn't look fantastic. The second-generation Camaros are finally getting some respect in the marketplace, so it was easy to justify a quality respray on this one when the time came. It was also treated to a set of split bumpers, RS-style, and the aforementioned cowl induction hood. It's been driven since it was completed two years ago, since that was the point all along, but it still shows well enough to get more than its share of appreciative glances at the local hot spots. There's also a tall spoiler out back that really sets of the second-gen shape and a few well-placed SS badges represent a legendary performance image that works well on any Camaro. The chrome is decent, and against the black paint all the shiny parts really stand out.

For a car that looks this fast from the outside, it remains pretty stock inside, with high-back buckets wearing nice black reproduction seat covers that are in excellent condition, having been installed in July of 2014. A center console is always good news in a Camaro and the horseshoe shifter, while nearing the end of its run in 1971, is still the coolest way to pick a gear we've seen. The burled walnut dash appliques are factory-issue, so they're not terribly convincing, but nobody's buying Camaros for the ambience anyway, and the gauges within are in very good condition overall, with an accessory white-faced dial set into the instrument panel. There's an updated AM/FM/iPod stereo radio in the center of the dash with big speakers on the rear deck, so the sounds are pretty good when you're cruising. This car had factory A/C, and the system has been removed but that will make it easy to add a Vintage Air setup without any cutting and hacking, which was surely the plan all along. The trunk is in good order with no mat to hide any nastiness underneath and it appears that a lot of the weather-striping is new.

The 383 cubic inch small block V8 was built two years ago, and if you've ever driven one of these torque factories, you know they can keep up with big blocks without working very hard. With a street-friendly cam inside, a Holley double-pumper 4-barrel carb up top, and long-tube headers, the torque curve looks like Devil's Tower, yet it's friendly enough to drive every day. Dressed in Chevy Orange paint, it has a vintage performance look under the hood, something accentuated by the fabricated aluminum valve covers with quick-release hardware. The TH350 3-speed automatic transmission barks through the gears and feeds a 10-bolt rear end. The exhaust system is new, the undercarriage is tidy, and there are disc brakes at all four corners, with whoa to match the go. Classic Weld Pro Star wheels always look great on a Camaro, with these shod in 235/60/15 front and 255/60/15 rear blackwall radials.

Affordable fun, plenty of power, and a great look make this Camaro an appealing way to get into the game with something other than just another garden-variety late model. Call today! 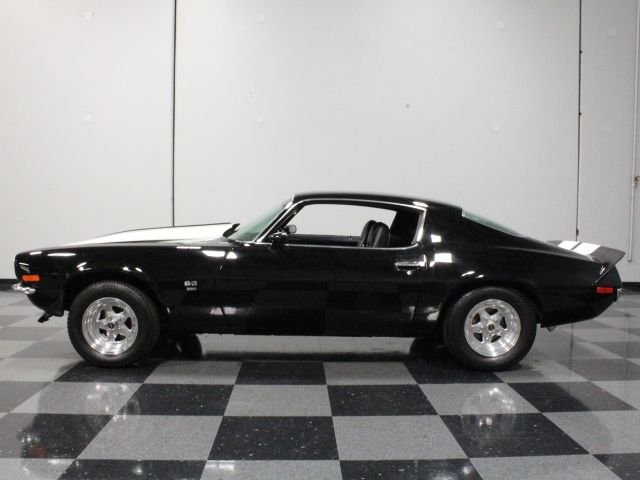