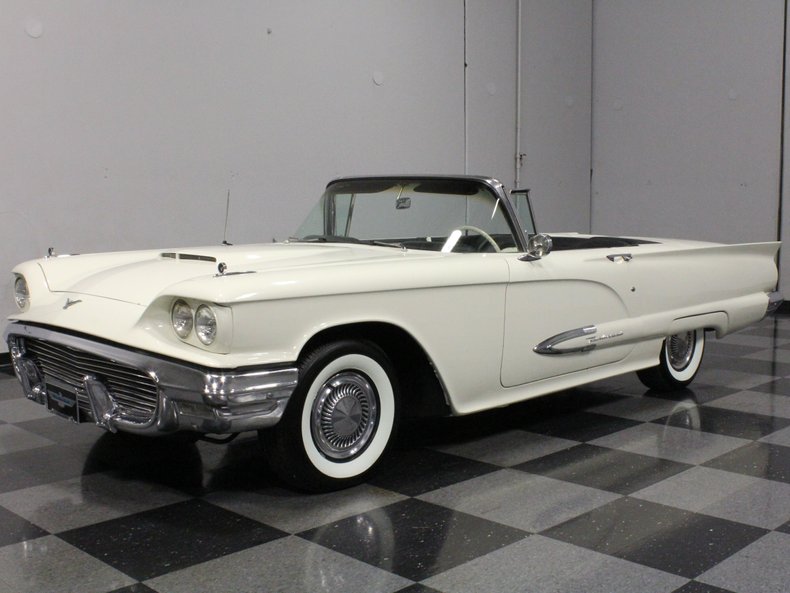 In 1958, Ford doubled the number of seats and double the number of sales with their all-new Thunderbird. For 1959, the year this handsome Colonial White T-bird was built, sales were even stronger, and it's quite likely that without this trailblazing car, the Thunderbird would not have survived. With 2-seat 'Bird prices stagnating, the 4-seaters are seeing some nice gains, suggesting that what worked then is working just as well today.

Known as the "square Birds" due to their angular styling, these are extremely handsome cars. This one has been nicely restored, showing great attention to detail and a lot of effort spent on getting everything straight. Despite the nickname, the cars actually have a lot of intricate shapes that were surely a challenge to stamp properly when they were new and doubly challenging to restore properly. Note the peaked tailfins, the pointed side trim, and the graceful body line stretching from the headlights down through the door. Ford's obsession with the jet age continued, and this Thunderbird features four round taillights that give the 'Bird a very distinctive look. Code F Colonial White is this car's original color, and the modern finish accurately captures the creamy white hue that's a little softer than your basic refrigerator color. All the chrome is beautifully restored, including the massive front grille/bumper assembly which probably cost thousands all by itself. This is one of those cars that will show you something new every time you look at it.

Inside, the lovely black and white bucket seat interior offers a full-sized back seat, so you aren't limited to just two occupants. The seats feature correct patterns and materials, along with a center console that houses the radio speaker and climate controls, including factory A/C. Matching door panels seem to echo the sweeping body line on the outside sheetmetal, along with an interesting embossed design along the bottom edges. Black carpets show minimal signs of wear, and the dash continued Ford's cockpit theme. A complete array of gauges is housed in a brightly polished panel and dig how the numbers on the speedometer flip between 120 and 130, as if you'll need to assess your speed at a glance. This one also includes an updated radio for cruising and seat belts for safety. Perhaps most importantly, the insanely complex power top is fully functional and remains in excellent condition and the trunk is outfitted with correct mats throughout.

This car received Ford's H-code 352 cubic inch V8, which was rated at a nice, round 300 horsepower, a significant jump over the 2-seater 'Birds. The neatly finished engine bay has a very industrial look to it, but I suspect the effect is intentional, with a background of satin black framing a minimalist Ford Blue engine. The original air cleaner is still fitted, as are the original valve covers, which are simple stampings that suit the engine just fine. It starts quickly and easily with a pleasant muted rumble from the dual exhaust and the Ford-O-Matic transmission clicks through the gears with authority. 3.10 gears in the 9-inch rear make this an effortless highway cruiser and it's quite tidy underneath. Standard steel wheels wear full wheelcovers with spinners, as well as a set of 215/75/14 whitewall radials.

The market seems to have rediscovered the 4-seater Thunderbird, and there are few better ways to travel than Ford's upscale personal luxury car. Call today! 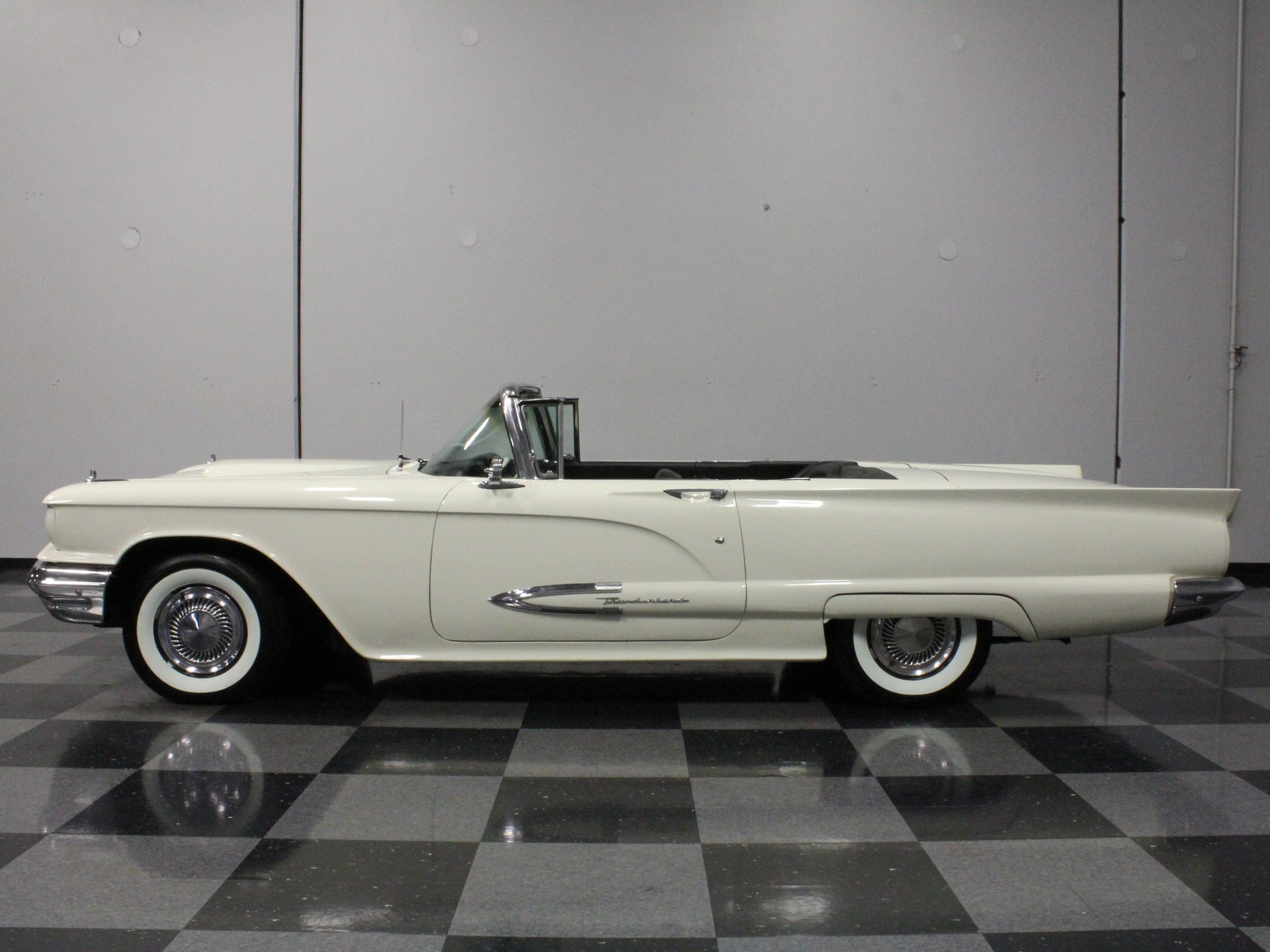