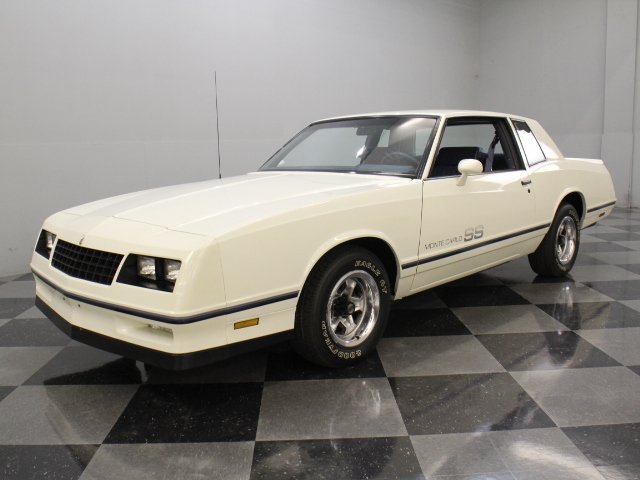 5800 original miles. Yes, that's the right number and this is surely one of the cleanest, most authentic, lowest-mileage 1984 Monte Carlo SS models in existence. Even better, it's equipped with a relatively rare color combination and is fully documented. So when was the last time you saw an investment-grade car that cost less than $25,000?

OK, we get a little excited about ultra-low-mile original cars around here, but how can you not appreciate a car like this Monte Carlo that has basically been in suspended animation for nearly 30 years? We all know the SS was one of the first real volleys into the second horsepower war, and it certainly looked the part of a fast car with its monochromatic nose, ground effects, and deck lid spoiler, all of which are in exemplary condition. The white paint looks fantastic on the formal, yet sporty sheetmetal, and thanks to careful preservation over the years, it looks showroom fresh. The urethane nose cap and bumpers aren't cracked or warped, the contrasting black SS decals are firmly affixed to the body, and all the rubber components remain supple. If it's preservation and an as-new presentation you're looking for, this car definitely delivers.

The blue interior makes this a rather rare and unusual SS. While most had the usual gray or even dark red upholstery, the blue and white combination is bright and sophisticated. The SS also offered buckets instead of the standard bench, along with a center console and a T-handle shifter for the TH350 3-speed automatic transmission. The carpets, fabric upholstery, and the top of the dash look months old, not decades, and everything still works as it should. SS models came loaded with features, including A/C, power windows and locks, a tilt wheel, cruise control and round gauges in the instrument panel that did a pretty good job of looking sporty. And yes, the tachometer is fine; like most GM tachs of the period, it simply parks itself at about 1100 RPM when you shut off the engine. There's also a decent AM/FM/cassette stereo system and the trunk looks completely unused with a space-saver spare that's probably never been used.

The Monte Carlo SS came standard with Chevy's 305 cubic inch V8, which made 180 horsepower and plenty of low-end V8 torque. Now before you scoff at the numbers, remember that just a few years earlier the top Camaro was wheezing out 130 horsepower, so the SS was a significant first step towards the performance cars we love today. It also explains a 40% jump in sales of SS models-folks were obviously still in love with horsepower. The engine is completely and totally stock, retaining all its original components, right down to the spark plugs. It's been properly maintained, of course, but if it's originality you crave, this car certainly delivers. The 3-speed automatic transmission was in its final year, and with 3.42 gears out back, the SS was a decent all-around performer. Upgraded suspension components firmed up the ride, and sporty 15-inch wheels with 215/65/15 Goodyears gave it athletic handling in the corners.

Documented with the original window sticker, factory build sheet, and owner's manual, all displayed in a neat binder, this is one of those cars that deserves a spot in a high-end collection. Call today! 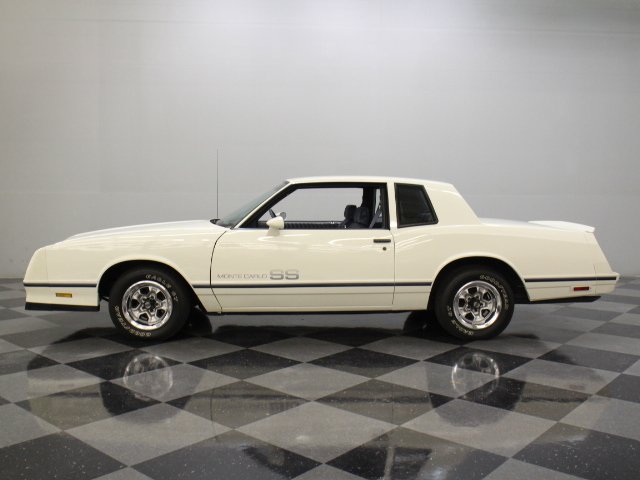