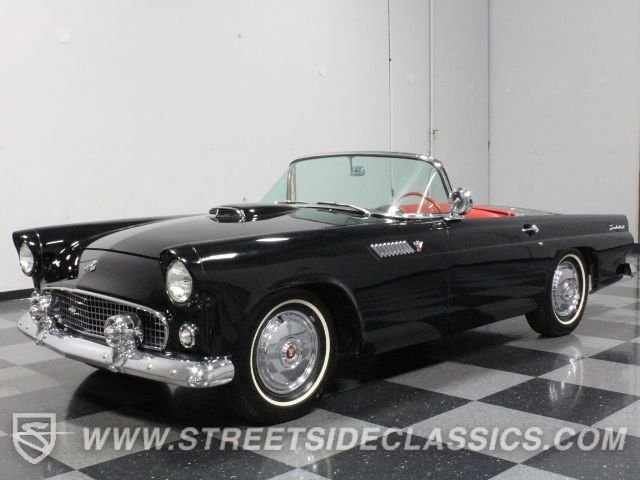 Affordable Thunderbirds are not so easy to find, and this 1955 T-Bird, while not perfect, represents a great way to get a 2-seater convertible for not a lot of cash. Owned for more than 30 years by the president of Holley Carburetors, it's got a cool history and a great look.

Believe it or not, your base Thunderbird in 1955 didn't come with fender skirts, and it gives Ford's favorite ragtop a totally different look. Squint your eyes and you can see the European influences and the 1955s in particular have a sleek, clean look. If this car was restored, it was a long time ago, but it has a comfortable look that's different from all the glittering show cars and wears its bumps and bruises with pride. It's a car you can get in and drive without a second thought about the weather or bugs or where you'll park, and that's a surprisingly liberating feeling. Don't get me wrong, this is a nice-looking car and the paint has an honest shine, and most of the chrome appears to be original, so the car has an all-of-a-piece look. If you want a trailer queen, they're certainly available for more money, but if you want a driver-grade 'Bird that needs no apologies and that you can fix up along the way, well, maybe this one deserves a closer look.

The red and white interior looks pretty fresh and uses factory patterns and materials to make it look the way it's supposed to. The door panels are some of the most attractive ever installed in any car by any manufacturer, and the band of engine-turned metal stretches from coast to coast for a cockpit feel. That's reinforced by big, round dials flanking the arching speedometer, and a tachometer as standard equipment suggests that the designers were inspired by more sporting 2-seaters from overseas. Perhaps most interestingly, this one has a 3-speed manual transmission, so it's a lot more entertaining to drive than it's automatic-equipped siblings and it has a surprisingly direct feel. A later AM/FM/cassette stereo head unit slots neatly into the dash and Thunderbird-logo floor mats are a welcome addition. It's also worth noting that the matching black hardtop is a correct 1955-only non-porthole version that gives the 'Bird a very buttoned-down look. And you know it was built for the road because there's a space-saver spare in the trunk along with a jack assembly and some service manuals.

The 292 cubic inch V8 provides lively performance in the relatively lightweight Thunderbird and makes all the right noises when you run it through the gears. Coming from where it does, it shouldn't be a surprise to find a Holley 4-barrel carburetor under the air cleaner, and it's a big improvement over the original "teapot" carburetor and its associated issues. Throttle response is crisp and the three-speed makes the most of the car's power and the recent dual exhaust system gives it a V8 sound and exits through the rear bumper guards as original. It's not detailed underneath but it's an original car with nothing to hide. Modern 205/75/15 Michelin whitewall radials aren't correct, but make a big different on the road where it really matters.

We're going to get a lot of calls on this car simply because it's a complete, running, driving, presentable early Thunderbird for under $30,000. So if you're interested, call sooner rather than later! 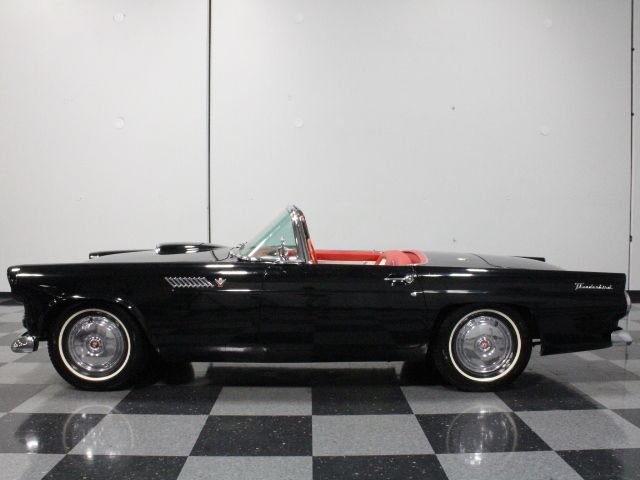