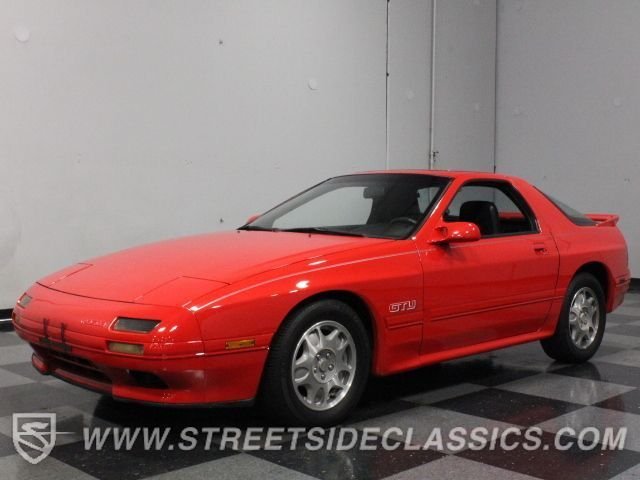 In a hobby driven by nostalgia, is it surprising that Japanese sports cars like this 1990 Mazda RX7 are growing in popularity? With a generation of kids growing up with these cars as their poster-children, it shouldn't be any surprise that clean, well-maintained examples are commanding top dollar.

This RX7 is one of those cars that was treated as something special from the day it came home from the dealer. In 1990, many folks regarded it as an affordable Porsche 944, but that really sells the RX7 short, because it's really an interesting car in its own right. Sure, the shape is standard sports car of the period, with a long nose, folding headlights, and a hatchback profile, but few could argue that the RX7 wasn't attractive. With a paint job that was done about 8000 miles ago in its original bright red color, it looks quite fresh and you'll definitely have a hard time keeping a low profile in this slick coupe. Details like the chin spoiler, side skirts, and subtle rear wing were characteristic of Mazda's low-key approach, but there's no escaping the fact that the paint is an eyeball magnet. It even wears correct GTU badges and a single pinstripe down its flanks, just as it might have when it was new in 1990.

Mazda got the interior of the RX7 exactly right, with supportive bucket seats that offered grippy cloth surfaces that were easy to maintain. It's in remarkably good shape and the seats are still quite supportive, making this a car that has obviously been loved. Big analog gauges are framed by a handsome 3-spoke steering wheel that isn't marred by a giant airbag in its hub and all the secondary controls are at your fingertips, arrayed around the instrument cluster. As Mazda's top-of-the-line halo vehicle, the RX7 came with just about everything as standard equipment, including A/C, which is rather effective for a Japanese car of the period. There's also a decent-sounding stereo system and a stubby shifter for the 5-speed, which has direct, precise throws that are reminiscent of the Miata. This is definitely a 2-seater, but the cargo area under the rear hatch is expansive, with additional storage areas in separate bins behind the passenger compartment.

The 1.3 liter rotary engine is the size and shape of a beer keg, but spins like a race motor. Rebuilt less than 10,000 miles ago, the things that everyone warns you about with the Wankel engine, including the oil scrapers and seals, have all been replaced so it's in shape and ready to have fun. It's happiest buzzing along at 8000 RPM where it's eerily vibration-free and it has that traditional rotary sound that's not like anything else you've ever heard. The engine bay is tidy and well-maintained without any signs of modifications or performance "upgrades" that could compromise reliability. The 5-speed manual transmission shifts easily and clutch action is light because the Wankel's torque curve doesn't demand heavy-duty equipment. An all-independent suspension is supple yet agile and 4-wheel disc brakes were part of the package. Handsome 15-inch alloy wheels show none of the usual scuffs or corrosion and they carry 205/60/15 radials that have a lot of life left in them.

An unusual sports car that deserves its place in history, this neat RX7 is ready for a new generation of enthusiasts to enjoy it. Call today! 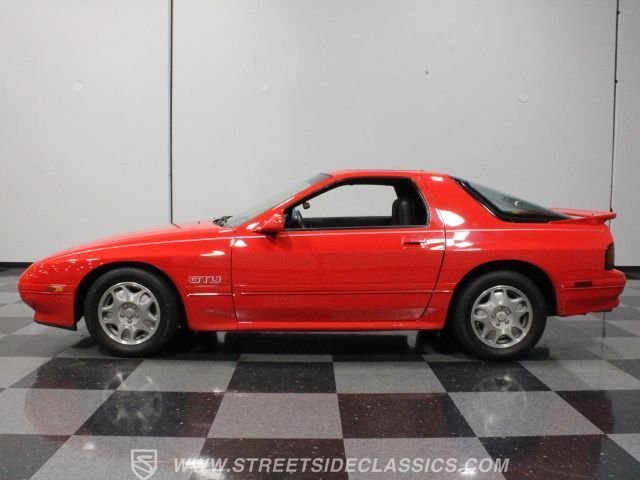