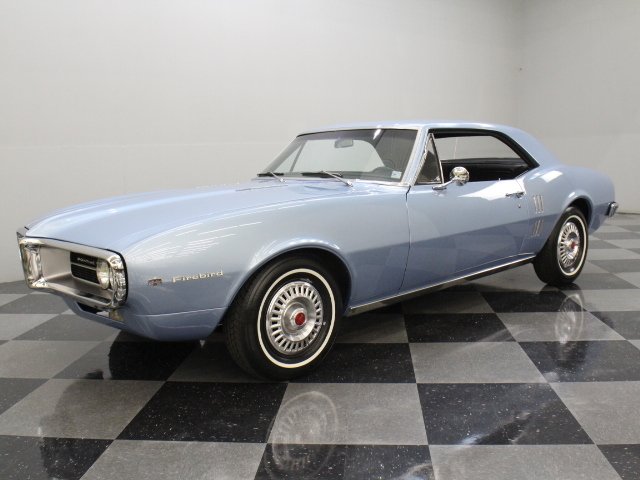 This 1967 Pontiac Firebird looks kind of anonymous, doesn't it? Well, most of them DID look like this when they were new, but they were actually bristling with innovation. Today, Firebirds still packing their original 230 cubic inch overhead-cam inline-six powerplants are exceedingly rare, but one drive in this one will have you wondering why you ever wanted a V8.

OK, so it doesn't have the spleen-crunching torque of a V8, but the silky smooth six gives the Firebird a very European feel, which was entirely the point. The all-new Firebird was a wonderful place to showcase the new engine, with its tidy proportions and great handling (especially with a lighter engine up front). But as these things go, in the quest for more power, many of these engines were jettisoned in favor of garden-variety V8s. But on this one, in addition to keeping its original engine, it also kept its low-key persona, which comes from being a base Firebird hardtop in a subtle color. Of course, it was very nicely refinished in 2007 using the original code D Montreaux Blue and they took no liberties with the look. That means all the original badges were reinstalled, the chrome bumpers were polished up and bolted back on, and they resisted the temptation to stick a ducktail spoiler on the trunk. The result is a super-sleek little coupe that runs every bit as well as it looks.

The F-body's interior is always a great place to spend some time, so this Firebird was treated to fresh seat covers, door panels, and carpets, all in basic black that looks fantastic. The original dash and gauges remain in place and there's no console surrounding the 3-speed manual shifter, highlighting this car's everyman status. There's also an almost obsessive focus on keeping it as-delivered in 1967, which means the factory AM radio is still in the dash and it hasn't been adorned with add-on gauges under the dash. With just two owners from new, perhaps they were each as obsessed with originality and purity of purpose and simply maintained it at this exceptional level. Heck, even the trunk mat is beautifully preserved and that very well may be the original spare tire.

Now before you dismiss the six as a grocery-getter, come take this one for a drive. Turbine-smooth and fed by a 1-barrel carburetor, this experiment delivers performance in a different way. Running it through the gears is a joy and before you know it, you're whistling along at 80 MPH without apparent effort. Yet at the same time, it pulls down decent fuel economy that V8s can only dream about. The engine bay is very nicely detailed with Pontiac Turquoise on the engine itself, a correct air cleaner, and cast iron manifolds feeding a single exhaust system. The floors are remarkably clean, again proving that this car has lived a good life, and out back it carries tall 3.08 gears so it cruises easily at highway speeds. Stock steel wheels with hubcaps and 205/75/14 whitewall radials complete the sleeper look.

If you're a Pontiac fan, you know these cars have earned a special place in Firebird history. With this one, you'll always be the only guy at the show with six in a row. Call today! 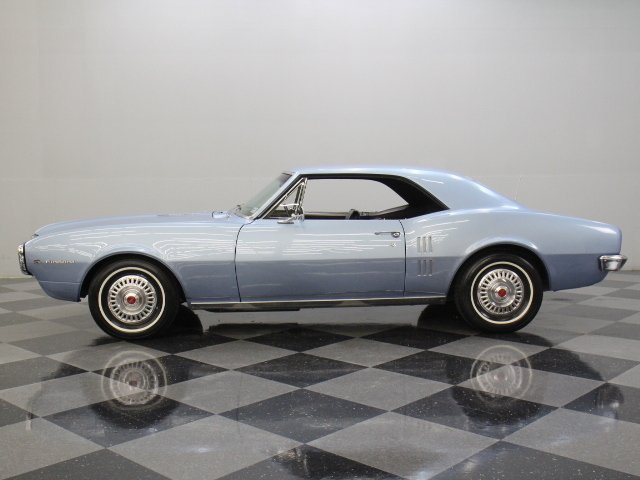