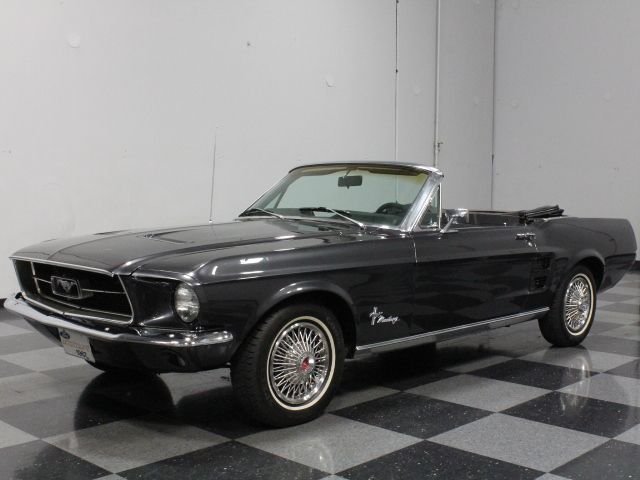 Yes, there are still affordable ways to get in on the Mustang's 50th anniversary. This 1967 Mustang convertible is an awesome entry-level hobby vehicle that just so happens to also be America's favorite pony car. Better still, it's had a nice restoration to mostly factory specs, which makes it a reliable, fun driver that you can take just about anywhere.

Early Mustang convertibles hold a special place in America's motoring hearts and it's refreshing to see one that is quite similar to the way it might have been back when it was still being used as someone's daily driver. Although it was originally Diamond Green and now wears a handsome coat of charcoal gray paint, it has an earnest, no-nonsense look that's a big part of the Mustang's appeal. Nice finish quality, good gaps, and a deep shine make this car look a lot more expensive than it is, and despite the popularity of resto-mods, this one doesn't have any stripes or spoilers to mess up its original good looks. There are a few touch-ups here and there, but nothing that detracts from the overall presentation. Nice chrome bumpers, polished stainless trim, and the bright rocker panel moldings are all quite nice, standing out against the dark gray paint and giving this inexpensive little Mustang a very upscale look.

The black interior is the same user-friendly environment that made Mustangs famous. Fully restored with reproduction seat covers, new black carpets, and one of the best-looking dashboards of any Mustang, this neat convertible shows quite well. As a base six-cylinder model, there aren't a lot of frills, but the base stock is so good you don't need a lot of upgrades to feel like a million bucks. The steering wheel is wrapped with a thicker rim that makes it easy to grab and the gauges are downright gorgeous and despite being in original condition, the markings are crisp and the lenses clear. An AM/FM/cassette stereo slots neatly into the original AM radio's slot and sounds a lot better, too. A black power convertible top is there for inclement weather and fits extremely well so this Mustang looks trim, top up or top down. Finally, the trunk is outfitted with a correct mat and a space-saver spare with jack assembly.

You really should give the 200 cubic inch inline-six a chance, because this car is a lot of fun to drive. No, it's not a tire-shredding torque monster, but it's perfectly pleasant around town and at speed it's hard to beat an inline-six's smoothness. It's also rather remarkable that someone hasn't hastily thrown a V8 in there over the past 50 years, but it remains quite stock. Ford Blue on the important parts stands out against the satin black engine bay, and the ultra-simple six is a joy to work on. It's backed by a 3-speed automatic transmission and with deep 2.83 gears out back, this is actually a wonderful highway cruiser. The underside is in good order with a new gas tank and correct transverse muffler that gives the six a pleasing grumble to its exhaust note and original wire hubcaps are surrounded by recent 195/75/14 whitewall radials.

Don't discount the six, as it gives you the best of both worlds: access to the Mustang hobby and very reasonable operating costs. And when it's wrapped in an attractive convertible body, well, it's an easy decision to make. Call today! 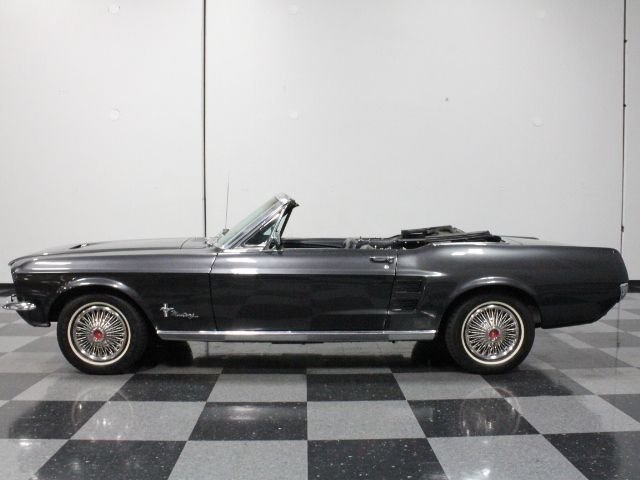