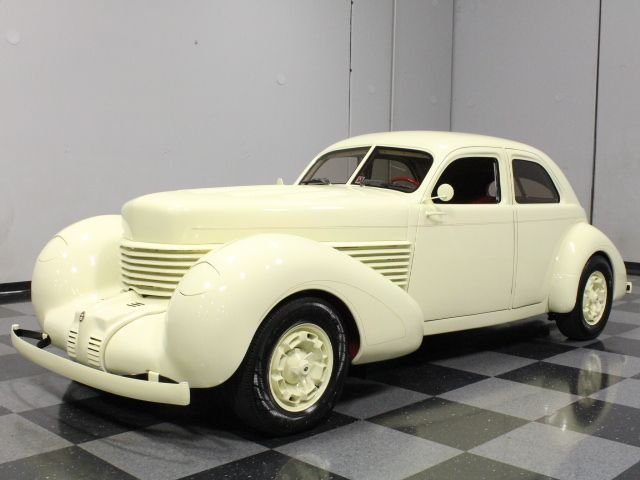 Cord's last gasp was the stunning, ground-breaking 810/812 and in 1936 there was simply nothing else on the road that could measure up to its combination of leading-edge tech and jaw-dropping looks. This lovely 1936 Cord Westchester sedan stays faithful to the original design as well as Cord's front-wheel-drive architecture while adding all the modern conveniences to which we've become accustomed.

Imagine the impact of this car showing up in late 1935. Everyone else was still building tall, upright cars with sidemounts and chrome grilles and separate headlights, then this stunner shows up and changes the game forever. Today, it still looks modern and striking and whenever someone sees this car, they know it's something special. Aside from the monochromatic look and shaved rear door handles, it's quite stock which is probably a good thing because there's really no way to make this Cord look better. Finish quality is quite good and the subtle cream paint suits the outrageous shape perfectly. Old-school pinstripe art highlights the pontoon fenders and sleek bodywork but you don't notice it until you're up close, so it's not distracting. Cords didn't have much chrome to begin with, but on this car everything has been painted body color, including the bumpers and door handles, and it gives the whole car a very subtle, cohesive look.

The interior of the Cord was no less dramatic and during this car's build they kept it almost entirely stock, which is no mean feat with the modern upgrades working behind the scenes. The red leather seats are certainly striking and the dash was inspired by aircraft, so sliding behind the wheel is always an event. Beautiful red door panels were created to match the seats and feature original hardware and garnish moldings and even the steering wheel was restored to match the car, not replaced with something modern. They were quite careful to preserve the style of the original dash, with a metal insert carrying vintage-looking gauges from Classic Instruments and a custom housing below for the A/C and AM/FM/cassette stereo controls. Thanks to the front-wheel-drive, there's plenty of leg room front and back and the trunk is a double-decker affair that also holds the full-sized spare tire.

This Cord's powertrain pays homage to the original front-wheel-drive setup by using the engine and transmission from a 1979 Oldsmobile Toronado, which, of course, was also front-wheel-drive. The engineering is impressive and it all packs inside the original coffin-nosed engine bay without any major modifications. The point of this car wasn't speed, but the 307 cubic inch V8 works quite well to move it easily through traffic and the package is impressive. Ride and handling feel quite modern and with a TH325 3-speed automatic transmission driving the front wheels, it's even easier to drive than the original pre-selector system. A custom exhaust system gives it a subtle rumble that's entirely appropriate, and the rear suspension from a 1978 Eldorado provides automatic load-leveling to keep it on an even keel. That same axle also gives it rear disc brakes to match the front discs, and color-matched wheels look right and carry 215/70/15 blackwall radials.

Purists might not be interested (the few that exist), but the truth is that this car respects the original design while giving it a very usable performance envelope. Resto-mods don't get much more appropriate than this. Call today! 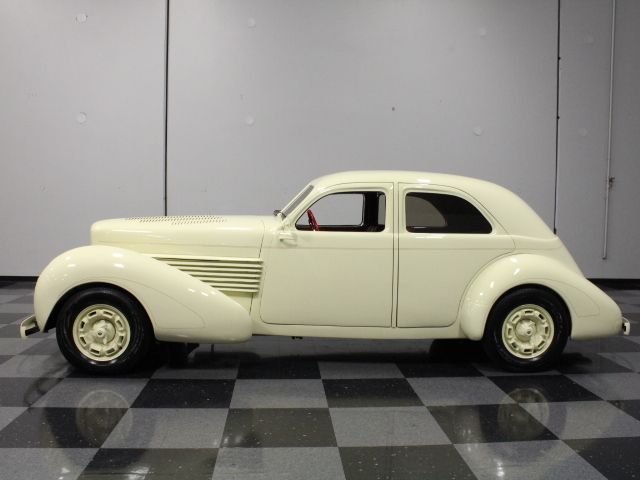