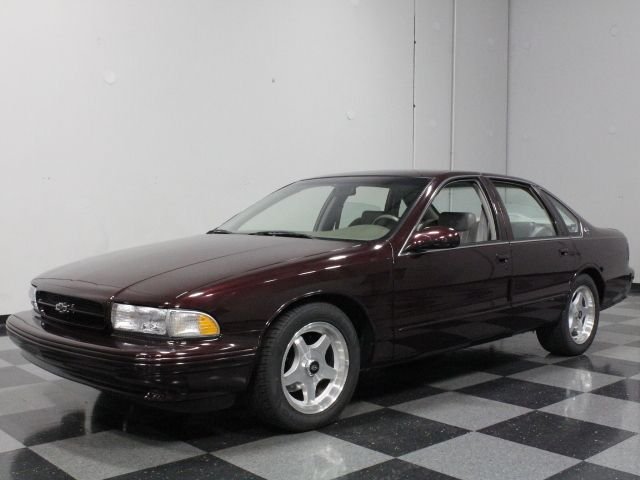 LOW MILEAGE, ALWAYS DEALER OWNED, GEORGIA CAR, ABOUT AS CLOSE TO NEW AS IT GETS!

Talk about an icon! The last of the rear-wheel-drive Impalas were genuine cult cars the day they hit the showrooms, and today they've achieved what only a select minority of cars can claim: they were NEVER just used cars and have ALWAYS been worth at least as much as their original sticker price. The only other car to pull that off recently is the Ford GT supercar and maybe the Enzo Ferrari.

This lovely Dark Cherry Impala SS is a very nicely preserved specimen that comes from the collection of a passionate owner (don't they all?) and shows an astounding 9985 original miles! Clearly treated to a life of privilege, the sleek 4-door sedan looks every bit as good now as it did more than 15 years ago when it hit the showrooms, and perhaps even better thanks to a decade of hand washing, polishing, buffing, and waxing. The Dark Cherry was one of three colors available in '96, and arguably the most attractive. It definitely gives the big Imp a Q-ship rating, because nobody's going to see this one coming until it's too late, even with those giant 17-inch alloys. Fortunately, everything on this one is neatly preserved and in excellent condition, from the urethane bumpers to the slick body-colored "Impala SS" badges that subtly adorn the flanks. This sucker is NICE!

Inside, the Impala got a nice upgrade over the standard Caprice in the form of gray leather buckets and a center console. Apparently, GM was using some high-grade leather back then, because it wears like iron and in this car, it has been carefully maintained and shows only the most minor comfort marks on the driver's chair. All the gauges are fully functional, and the Impala came only one way: loaded. A/C, cruise control, power windows and locks, and a powerful stereo were standard equipment, and it all works like new. In addition, this one sports dual power seats, automatic headlights, and an auto-dimming rear-view mirror, which were part of the Preferred Equipment Group. The original carpets are the only part that might give away the car's age, but they have been protected with a set of matching gray mats. Pop the trunk and you'll find commodious storage that looks factory-fresh, complete with original spare tire and cargo net.

The Imp's real claim to fame was a Corvette-derived LT1 V8, a version of which was also shared with taxi cabs and police cruisers, so it's powerful as well as virtually indestructible. And as a small-block Chevy, it's so easy to modify that finding an all-stock example like this is almost unheard-of. From the air filter to the exhaust system, this Imp is totally original, and that either means it's just waiting for you to get busy with the upgrades or take it to the show and blow them away with its preservation. Either way, the LT1 barks to life easily, idles smoothly, and it pulls like a freight train. The 4-speed automatic overdrive transmission is smooth and always seems to be ready to leap into action, and the suspension is an ideal combination of ride and handling thanks to expensive DeCarbon shocks that were original equipment. Iconic 5-spoke wheels were a big part of the Impala's look, and wear 255/50/17 Kumho radials that were installed only because the original BFGs were old, not worn out.

The last of the rear-wheel-drive American performance sedans has no equal, and like when they were new, this incredible survivor won't be around for long. Call today! 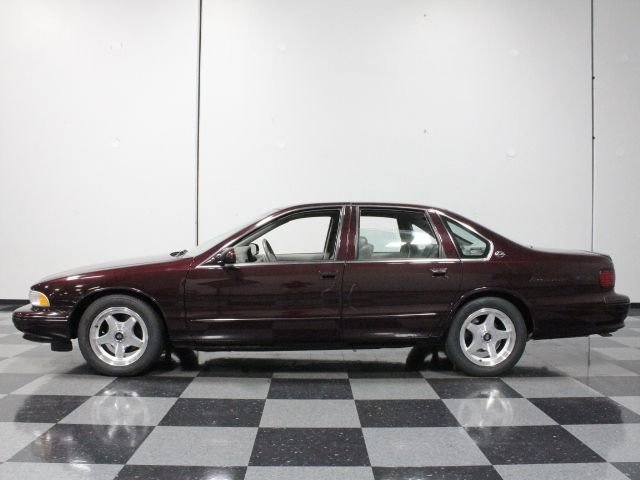