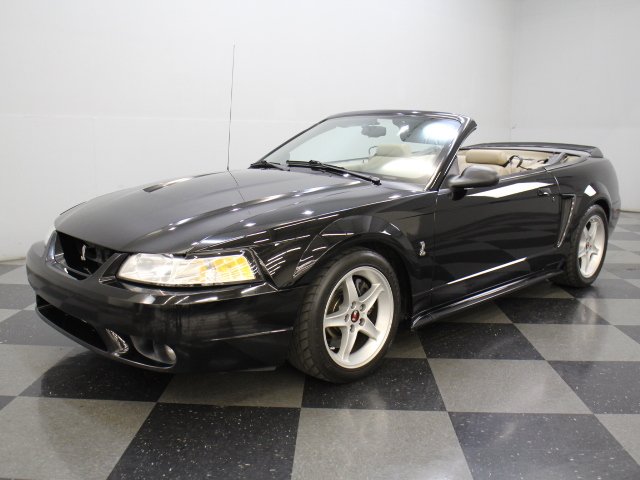 The stock Mustang Cobras were definitely potent machines on the street, but with the deep-breathing abilities of the 4.6-liter DOHC Cobra V8, supercharging is a natural choice. This 1999 Cobra convertible's list of upgrades reads like a who's-who of A-list suppliers, who combined to create a 500 horsepower ragtop that still drives like a stocker. Impressive doesn't even begin to cover it.

I think the guys at SVT liked to keep their cars subtle. Well, as subtle as a Mustang can be, anyway. As a result, they got simple fascia upgrades, a pair of nostrils on the hood, and a set of tri-color taillights to set the Cobras apart from garden-variety Mustangs. However, guys in the know can spot these a mile away as the special cars that they are, and although this one now pounds the pavement with more than 500 horses, it looks like it has been babied and protected all its life. There are very few signs of use, with smooth flanks and beautifully polished paint that shows off the Mustang's many design details quite well. 14-year-old cars don't come much nicer than this.

Inside, the Cobra guys got lots of goodies for their money, starting with some supportive tan leather buckets. This one shows light comfort marks, but that only means the leather is genuine, and the combination works quite well with the black paint. Every single comfort and convenience feature was standard on the Cobra, including power windows and locks, A/C, and a powerful stereo with an in-dash CD changer that still sounds great. Cobras also received special white-faced gauges and a 5-speed manual transmission was the only choice. A tan convertible top is power actuated and stows beneath a neat-fitting boot, and you'll note the only obvious give-aways on this one are the boost and fuel pressure gauges on the A-pillar. The trunk is full of remote-mounted battery and the spare has been relocated so that the 8-gallon Vortech AfterCooler tank could take its place (more on that in a minute).

Ford's 32-valve Cobra V8 was a jewel even in stock form. Smooth, torquey, and with a feeling that it could rev forever, it was a sophisticated Swiss watch among muscle car sundials. With a stout forged bottom end, it seems like Ford built it for boost, so this one offers a Vortech V2 S-Trim supercharger making 12 pounds of boost. All the ancillary components were suitably upgraded to make it safe, reliable, and as easy to drive as a stocker (the list is extensive, call us for details), with the highlights including forged JE pistons, 42-pound injectors, an Extrude Honed intake, and forged H-beam rods. It makes a dyno-proven 476 horsepower at the rear wheels, and the power curve looks like it could pull forvever. The suspension has also been upgraded with Kenny Brown subframe connectors, a tubular K-member, and Tokico adjustable dampers up front and Bilsteins in back. It still rides on its stock wheels for effect, and they're shod with 245/45/17 front and 285/40/17 rear performance radials.

With a long list of first-rate components, this is a potent Cobra that will catch more than a few Corvettes sleeping. Call today for all the details! 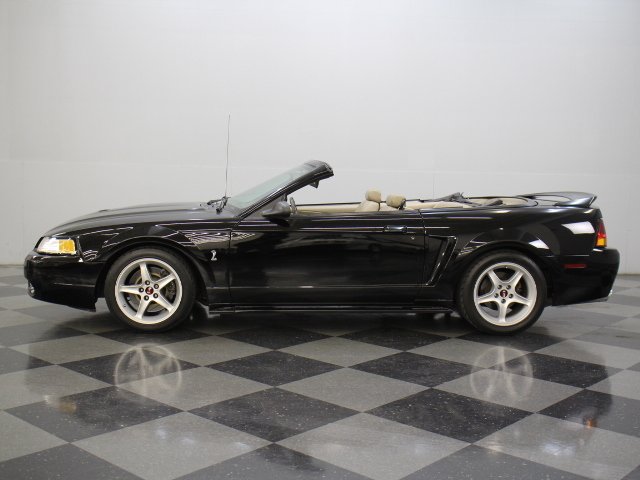