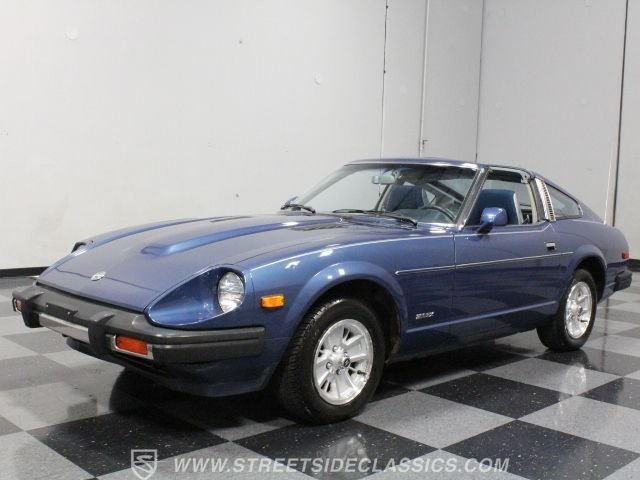 1 FAMILY OWNED, 20K MILES, INCREDIBLE CONDITION, AS CLOSE TO NEW AS IT GETS!!

This 1980 Datsun 280ZX has just 20,540 original miles. Think about that: someone bought themselves a brand new, top-of-the-line sports car, and then barely drove it. As a result, however, you can own a really exceptional Z-car with legitimate survivor status.

There's no question that's original blue paint on the sleek surfaces of this 280ZX, and it still looks great. In today's collector car world, the very best survivors aren't cars that were simply stashed away and forgotten, but rather cars just like this that have always had caring owners that kept them in top condition without being afraid to use them once in a while. As a result, it still looks great but may show a few bumps and bruises that come with age and use, and there's no sin in that. But overall, this car looks pretty darned good. The paint has that soft gloss that was typical of Japanese cars of the period and the fit of the bodywork is typically high quality. A white pinstripe highlights the kick-up behind the door and even the black rubber bumpers haven't been baked into a chalky gray mess by the sun. No, there's no question this car has always been someone's favorite.

The matching blue and gray interior has a bit of 1980s styling to it, but man, you can't argue with how well-preserved it is! The high-back buckets make it a legitimate 2-seater, and the grippy cloth upholstery is a good idea in a car that encourages spirited driving. There are a lot of gauges, including the Z's traditional trio of auxiliary dials in the center of the dash, and they're all working as intended with typical Japanese precision. As Datsun's top-of-the-line model, just about everything was included and this car offers features like A/C (still blows cold!), cruise control, and power windows, making it a fine grand tourer even today. The radio is an AM/FM head unit that still sounds decent, and just about the only piece in here that isn't OEM is the headliner, which was recently replaced. Everything else is bright blue and very nicely preserved, including the trunk area which includes tie-downs for the removable T-tops.

By 1980, the Z's engine had fuel injection for its 2.8 liters, making it turbine smooth and impressively torquey. It looks like there's a lot going on under the hood, but the SOHC inline-six is easy to spot and makes a wonderful baritone wail that's a big part of the early Z-car's allure. Again, thanks to the low mileage, this engine bay is in outstanding condition with factory equipment throughout. That means no questionable repairs or home-made remedies, just OEM engineering and finishes to make it look and run its best. A professional detail would make it show-ready, and even as it sits it runs and drives beautifully. All the factory stickers and markings are there and the stuff you see smeared on top of the shock towers was put there by the factory; another important detail that future restorers would like you to preserver. The 3-speed automatic transmission is a willing partner and perhaps a better match for the grand touring mission for which the 280ZX was built, and the all-independent suspension remains agile when you need it and comfortable when you don't. There are also 4-wheel disc brakes and attractive unmarked alloys with 195/65/14 BFGoodrich radials all around.

These are really fun cars and while their day will surely come, take advantage of this opportunity to get an incredible survivor at a bargain price. Call today! 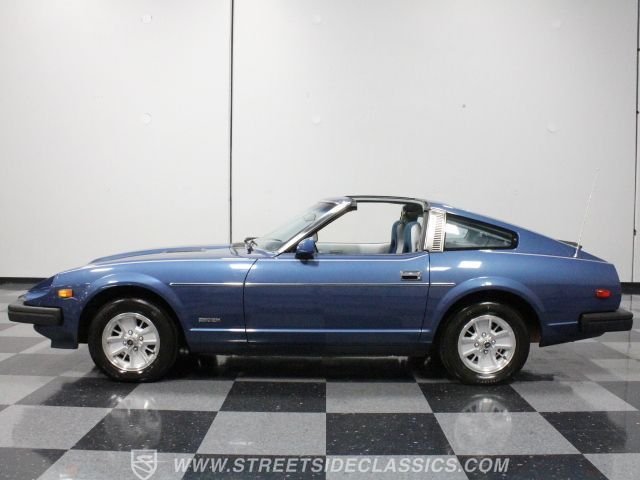