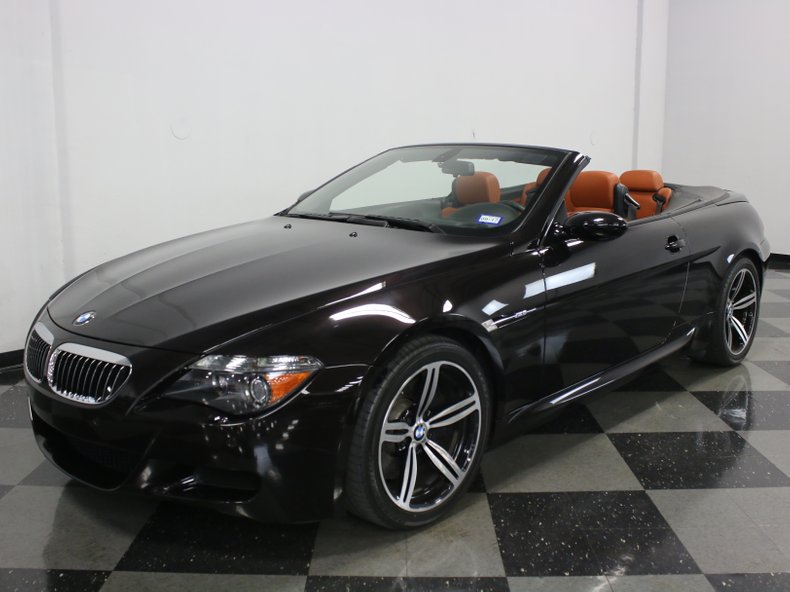 1 OF ONLY 50 MADE FOR THE US, 16K MILES, 2 OWNER TX CAR, METICULOUSLY MAINTAINED

The German supercar wars were at their peak when this 2007 BMW M6 convertible was built. With a bespoke V10 powerplant, a quick-thinking paddle-shifted transmission, and race-grade suspension and brakes, the M6 is no poser. The fact that it's one of only 50 Neiman Marcus Editions made for the US and filled with every luxury feature you can imagine is only icing on the cake.

This car cost well into six-figures when it was built, and it shows. The color is called Ruby Black Metallic and it isn't merely black, it's got some metallic and some pearl mixed in to give it a subtle color-changing nature that looks extremely expensive. The deep, glossy finish shows you what you get at the very highest ends of German automotive manufacturing and the past few years don't seem to have dimmed it one bit. This is not a flashy car, but commands attention, what you might call 'presence,' and that only comes from having the horsepower to back up the look. There are no wings or spoilers, no extraneous badges aside from a single M6 emblem on the tail, but there's no doubt that this is a very fast, very expensive car. The chin spoiler is a bit deeper than on the garden-variety 6-Series, the side skirts are a little more contoured, and there might be a little bit of flash with four tailpipes out back, but if such a car can be a sleeper, this one nails it.

The stunning Gold Brown Supple leather interior makes this car special. It's impossible to not want to touch the soft leather seats and the driving environment is most definitely driver-focused. The seats are supportive for performance driving, but they're also forgiving so you can sit in them for hours on a cross-country jaunt. The leather remains in very good overall condition, a testament to the care it has received plus the extremely low mileage (just 16,572 actual miles). Everything was standard, so instead of listing it all, just assume it's in there. The transmission snaps off rifle-fast shifts, either at your command or automatically, and the fat steering wheel telegraphs what the giant tires are doing at all times. There are technically two seats in back which are probably best for children or packages, but they are beautifully stitched. There's also a black canvas top that's fully automated and disappears under the rear deck, plus a decent-sized trunk for travel.

But the only reason you buy something with the M badge is the hardware; in this car's case, a 5.0 liter DOHC V10 howler that sounds more like an Indy Car engine than a commuter. Innovative, tuned to more than 500 horsepower, and neatly packaged, it looks impressive under the hood. By now, there are dozens of tuner kits you can buy for these cars, but this one remains completely stock, which is always a relief for a new owner. And even though it's insanely powerful and frantic when you're running hard, it also starts easily, idles smoothly, and never gets cranky in traffic, which is a testament to modern electronic controls. The 6-speed dual clutch gearbox snaps off shifts that are almost too fast and the dual exhaust system was specifically tuned to give this car an aural experience like no other. Obviously it has never been in inclement weather, as everything underneath is still shiny and the gigantic vented disc brakes look very, very cool behind those massive 19-inch hoops.

Insanely fast yet totally civilized, the BMW M6 is probably the best of the M-series cars. With a top that goes down and a refreshingly affordable price for such a limited edition, this one should prove hard to resist. Call today! 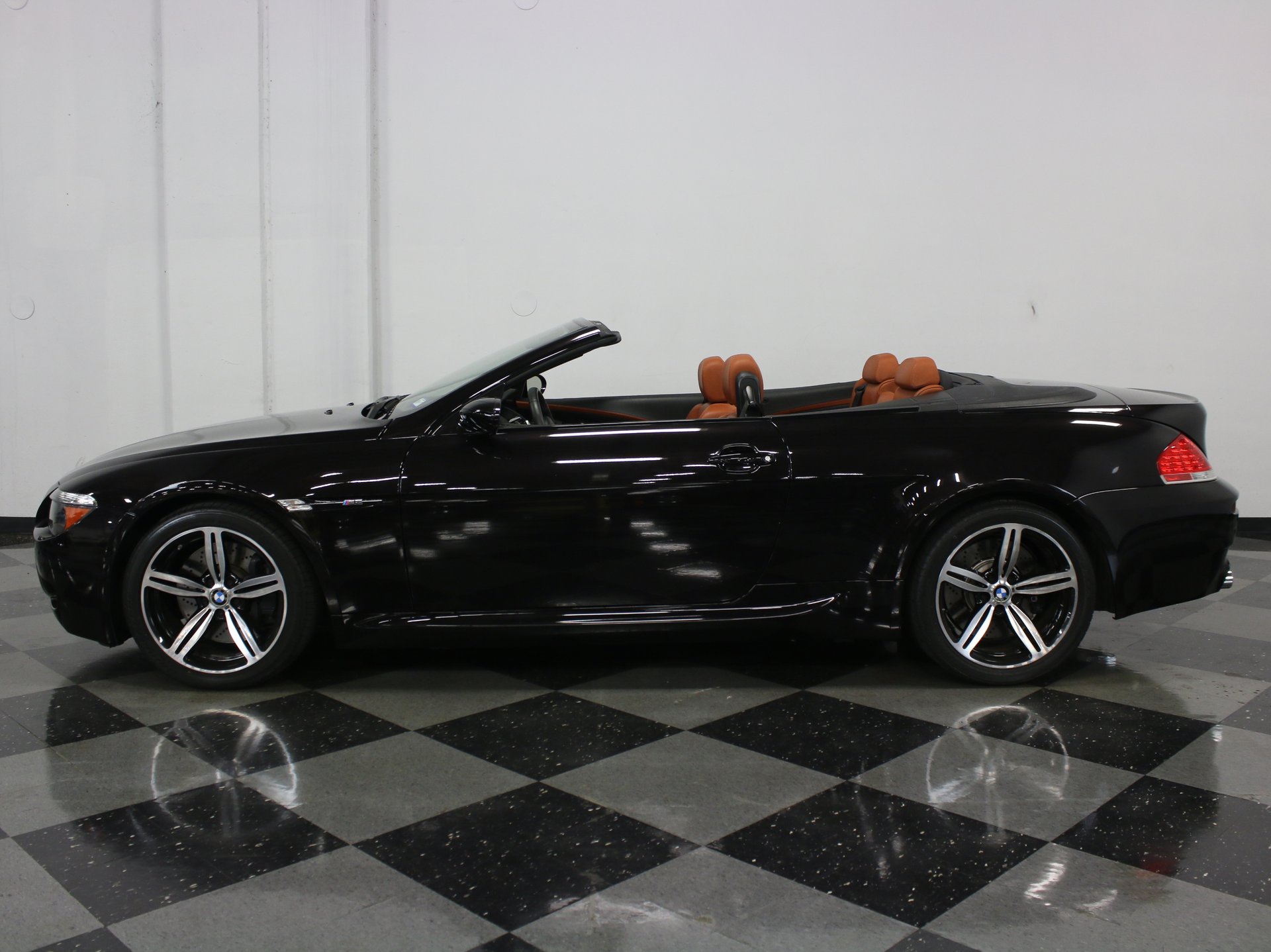