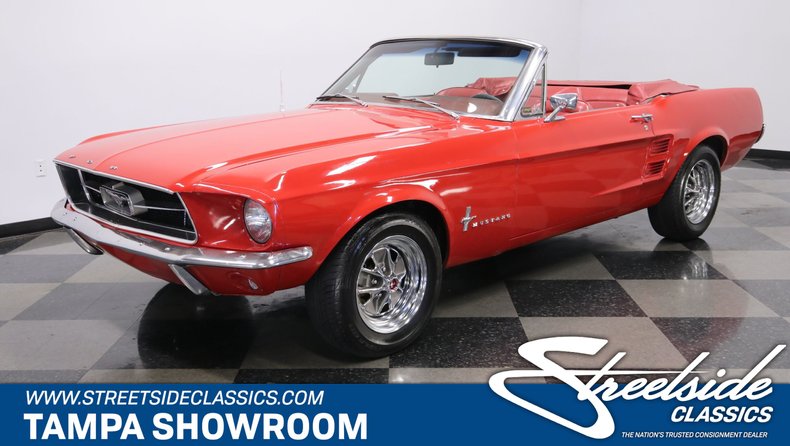 A bright red 1967 Ford Mustang convertible is about as good as open-air motoring gets. Especially when this droptop has been upgraded for power, given a five-speed, four-wheel disc brakes added, and even offers A/C comfort.

This '67 Ford Mustang is the true definition of a "Red-blooded American classic." And while this will always be an in-demand car, there's also extra pride in owning one that was born this way. Candy Apple red isn't just a cool name for this car's paint, but also this is the factory-correct color. It was given a respray later in life to retain a nice gloss in the sunshine. Plus, the red goes nicely with the more aggressive features of the '67 car. The larger front overhang, deeper faux fender vents, and the concave rear gave this a much more substantial look. But this one isn't just about the performance side. It has the look of sophistication with nice chrome bumpers, bright polished wheels, LED taillights, and a newer white convertible top.

As much as we like the way this one looks with the pristine white top in place, with the flip of a switch, it powers down to reveal an even cooler interior. The deep red interior coordinates so nicely with the exterior for a red-on-red total appearance. It looks great on the door panels, dash, and carpeting. And while the red seats are factory-correct, you can see the front buckets were upgraded for better bolstering. And that's not the only indication this is a driver's machine. There's a removable cup holder center console, three-spoke sports steering wheel on a tilt column, and have you counted the gears on the stick shift yet? Plus, there are some well-integrated upgrades that make this a fantastic cruiser. The radio is a retro-style AM/FM digital tuner, and the modern R134a air conditioning keeps you comfortable with the top down long into the summer.

We have some nice investments in this car that date back to 2013. It includes nearly $5k spent in rebuilding the 289 cubic-inch V8. Not only does it have a fresh and shining look, but also It has the right upgrades, like a Holley four-barrel carburetor, Edelbrock intake, and a sweet-sounding stainless dual exhaust. It's even is supported by everything from a newer starter to an aluminum radiator. There was also a Tremec T5 five-speed manual transmission upgrade during this time so you can take better advantage of this enhanced motor's full powerband. And because you've got extra power and control, they also added the right upgrades, like an Ultra suspension kit and four-wheel power disc brakes (a nearly $3k investment all on its own.)

Complete with owner's manual, this is the original red-on-red convertible that has all the upgrades you want to truly enjoy a V8 droptop classic. So don't miss this deal, call today! 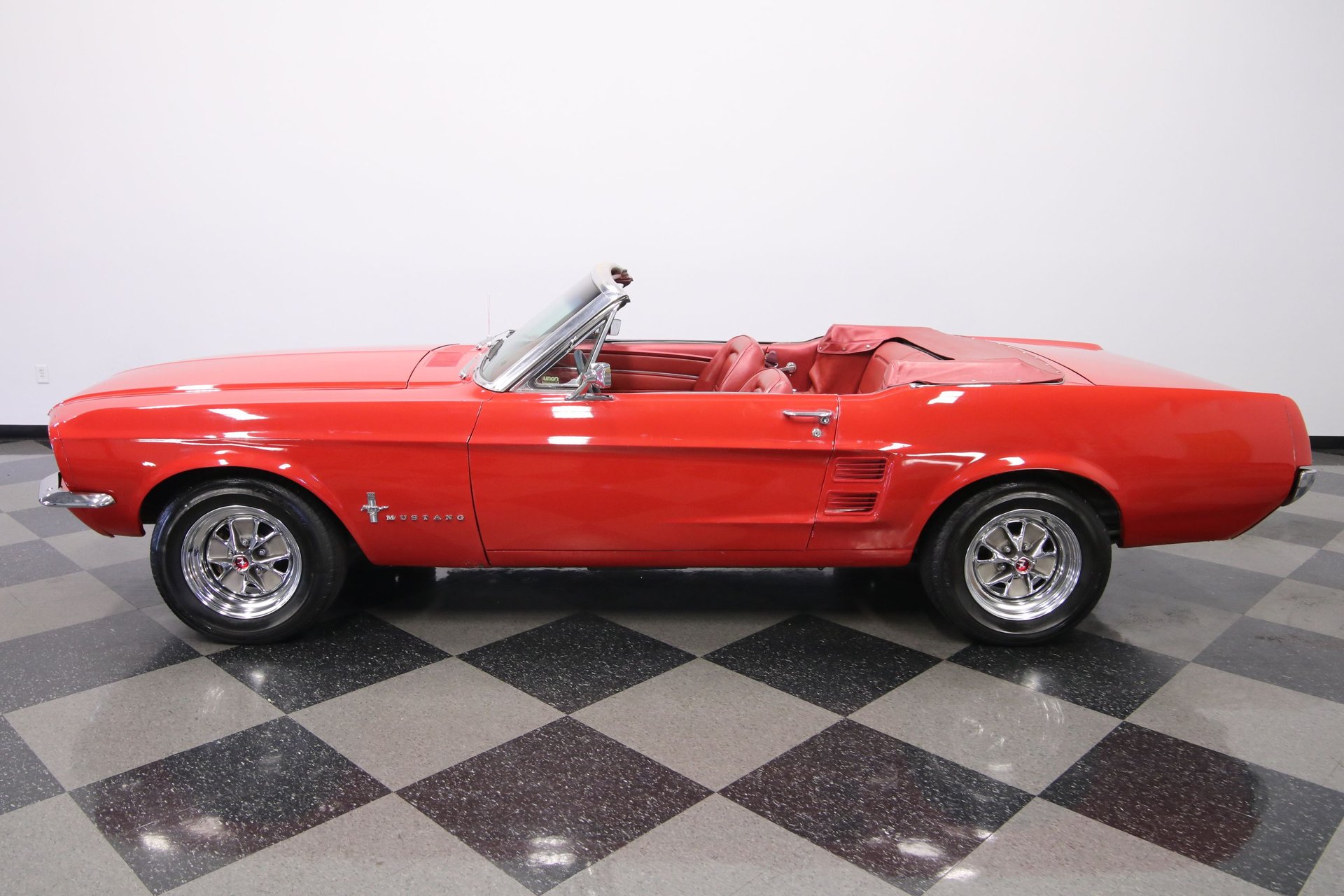