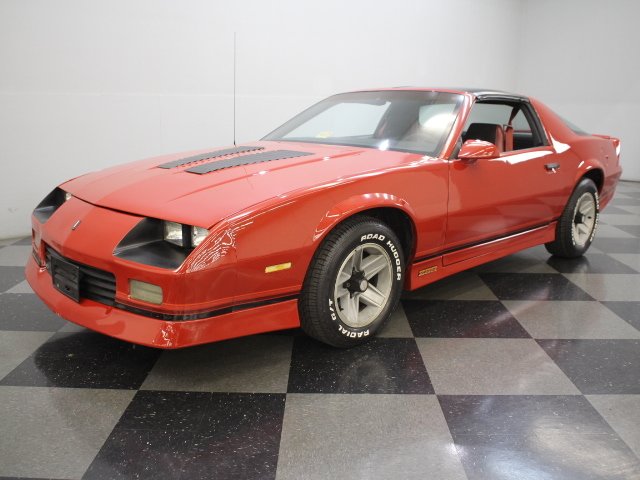 If you're of a certain age, say closer to 40 than 30, cars like this 1985 Camaro Z/28 are the vehicles of your childhood. With good performance from a small block Chevy topped by a 4-barrel carburetor, and handsome good looks that are enhanced by a bright red paint job, this is a car that can easily be enjoyed without worries about depreciation.

This Z/28 has been repainted, and while it isn't perfect, it is just right to go out and have some fun. The Z/28 was the top-of-the-line Camaro in '85, and these were the days when ground effects and stripes were the height of muscle car fashion. The NACA-style hood ducts were replaced by simulated hood louvers that recalled the early Camaro's hood treatment, while the taillights got a new grid pattern. The repaint was done to a reasonable standard, but it's obvious that it was intended to be a driver, not a show piece and there's no shame in that. Decals are correct, from the black and orange stripes around the lower half of the body, to the Z/28 badges on the rockers and tail. Wax it up and hit the road, and watch how many appreciative glances you get along the way.

The interior is nicely trimmed in red and black, which gives the Camaro a racy look, and it's only just now starting to show its age. Despite the T-tops, the seats and carpets show almost no fading, and there are no rips, tears, or other noteworthy damage. The dash has cracked, although all the gauges are functional and clean. Z/28s usually came loaded from the factory, and this one includes things like A/C, power windows, a tilt wheel, and has a decent aftermarket AM/FM/cassette stereo system. Bucket seats were the only option in 1985, and a console was standard equipment, unlike the good old bad old days when even the basics were extra cost. Under that big glass hatch there's a reasonable amount of storage space and more bright red carpet that seems to defy age.

There no way anyone can complain about the engine, however. The 1985 LG4 305 cubic inch V8 was the last hurrah of carburetion before the widespread adoption of fuel injection across the line. For old school guys, it meant the end of an era, and today it means that there's a vast, vast array of go-fast parts available that literally bolt right on and work perfectly. Gear swaps are handled by GM's reliable 700R4 4-speed automatic driving a set of 3.08 gears out back, which make the Z/28 a comfortable high-speed cruiser. Unlike its Mustang competition, the Camaro received better brakes and a more sophisticated torque arm suspension that made it one of the best handling cars of the era. Wheels are well preserved Camaro 5-spoke alloys wearing 215/65/15 radials.

This car is quite presentable as-is, but could be raised a few notches with some easy upgrades, or could be the foundation of an incredible custom project. Get in, turn the key, and I can almost guarantee you'll feel like you're 16 years old all over again. Call today! 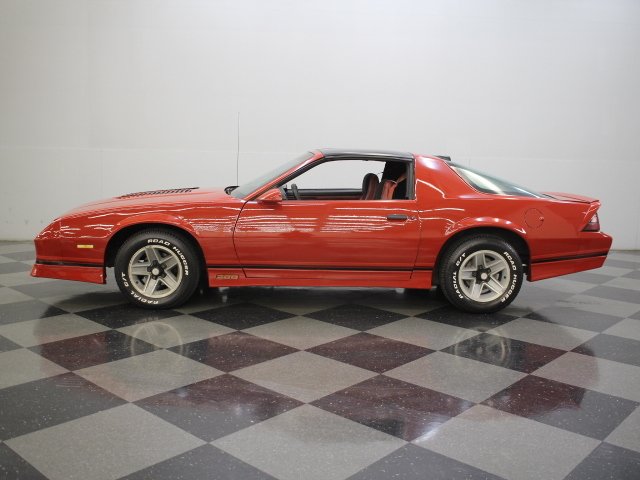